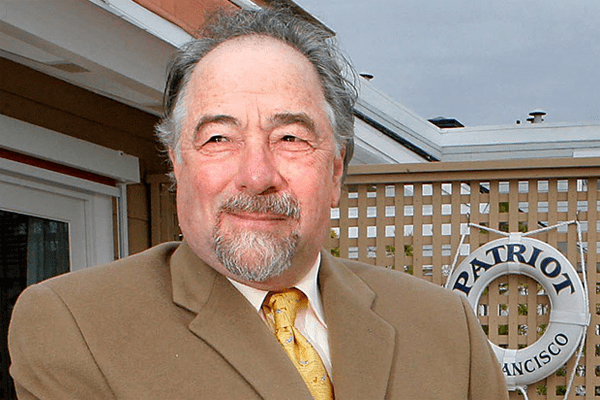 Michael was born  on March 31, 1942, in The Bronx, New York City, New York, U.S. He was born to parents Benjamin and Rae Weiner who were Jewish Russians. He spent most of his childhood with his two siblings.

Michael went on to attend Jamaica High School and graduated in 1958. He then joined Queens College. He received a bachelor’s degree in biology. Michael went on to attend University of Hawaii at Mānoa. He graduated with a Master of Science degree in botany in 1970 and a Master of Arts degree in anthropology in 1972. Michael joined University of California, Berkeley and gained his PhD, in nutritional ethnomedicine in 1978.

Michael changed his name to Michael Savage because he was fascinated by the first man who had brought firearms to Fiji, the 19th-century sailor Charles Savage. As a commentator, Savage career began in the radio station KGO. He then went on to work for KSFO, KNEW-AM, and more. He then went on to host his own radio talk show named The Savage Nation in 2014. He was hired by MSNBC in 2003 and was fired the same year.

Savage has also worked as an activist. He has made donations to the legal defense of the Marines. He has also sent aid to the defense of First Lieutenant Michael Behenna. He also started a $100000 Michael Savage Scholarship fund for five college students.

Furthermore, Michael Savage books have also received wide attention and appreciation. He has already published 36 works till date. 21 of his works are under the surname Weiner while 15 are under the surname Savage. Michael Savage books have also topped the New York Best Seller charts. Some of his books under the name Michael Weiner are Plant a Tree, The Taster’s Guide to Beer, The Way of the Skeptical Nutritionist, Nutrition Against Aging, The People’s Herbal, The Complete Book of Homeopathy, and more. His literary works under the name Michael Savage are ‘The Death of the White Male’, ‘The Savage Nation’, ‘The Political Zoo’, ‘Psychological Nudity’, ‘Countdown to Mecca’, and more.

Savage has been hugely criticized and fallen into the circle of controversy through his comments and actions like his talks on Catholic Church and Immigration, CAIR, Autism, and Veteran sufferers of post-traumatic stress. He has even been banned from entering the UK.

Michael Savage is a married man. He was previously married to his first wife, Carol Ely in 1964. The couple got divorced in 1967. Michael then went on to get married to his second wife, Janet Weiner. Together the couple went on to have two children named Russell Weiner and Rebecca Lin Yops. Russell was the founder of Rockstar energy drink and Rebecca is an elementary school teacher. Savage owns properties in Larkspur, Tiburon, Marin County, California, Beverly Hills, and Florida.

For his exceptional work in journalism, Michael Savage has been honored many times with many awards. Savage was honored a ‘Freedom of Speech award’ in 2007 by the Talkers Magazine. His name has also been inducted into the National Radio Hall of Fame.

Michael Savage show has gained wide attention from his audience who love and praise him. Michael Savage twitter account has details of his triumphant career and his day to day events. The bio of the eminent and respected, Michael Savage can be found on various social media sites like Wikipedia, Twitter, Facebook, and more.

Tags: 1942, in The Bronx, Michael changed his name to Michael Savage, Michael was born on March 31, New York City