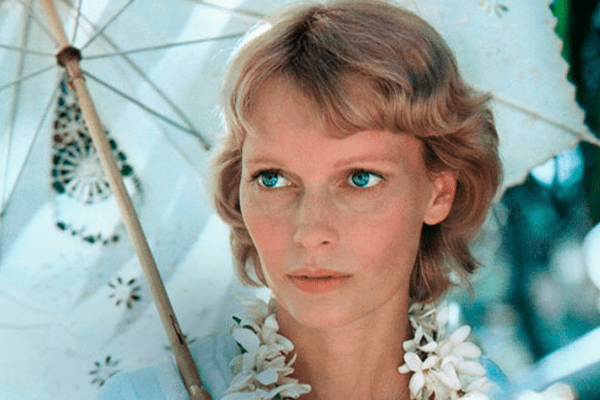 Mia Farrow life can be described as a drama plot with rise, fall, drama, tragedies and activism. The actress Mia Farrow had pursued her interest in acting with as much enthusiasm as she is continuing her activism.

Born and raised in Los Angeles, Mia Farrow life saw many fluctuations. She rose to the Great Gatsby star and broke with the loss of her children and siblings. Currently, an activist, the strong actress Mia Farrow has starred in notable movies and TV shows like Dark Horse, The Kennedy Center Honors, Johnny Belinda, Third Watch and Miami Rhaspsody.

Mia Farrow is an American actress born on February 9, 1945 in Los Angeles, California as Maria de Lourdes Villiers Farrow. Her father is John Farrow—an Australian-American film director, screenwriter producer while her mother Maureen O’Sullivan is an Irish actress. She was raised alongside her six other siblings. She had contacted polio when she was nine years old. After four years of her recovery, her nineteen year old brother lost his life in a plane crash. Mia Farrow life can thus be portrayed no different than the stories on-screen.

While Mia was young, she appeared for a small role in her father’s film John Paul Jones in the year 1959. However, she started her professional career in acting in 1963 Oscar Wilde’s play, Off-Broadway Production The Importance of Earnest for the role of Cecily. She debut in film Guns at Batasi in the year 1964 as Karen Eriksson. She later on appeared in other movies like Secret Ceremony (1968) as Cenci, Rosemary’s Baby (1968) for the role of Rosemary Woodhouse, The Omen (2006) as Mrs. Baylock, John and Mary (1969) as Mary and so on.

Apart from movies, she has also acted in hits like The Great Gatsby (1973) as Julia Buchanan and a horror movie Coming Soon (2000) as Judy Hodsell, Miami Rhaspsody (1995) as Nina and Dark Horse (2012) as Phyllis. Mia Farrow life was going smooth like her career as she did not undergo struggles like other stars would.

Mia Farrow and Frank Sinatra stayed married from 1966 to 1968. Later, she married a renowned German-American pianist and composer, André Previn in 1970. Previn and Farrow have three children and they also adopted three daughters. The marriage lasted for 9 years before they divorced in the year 1979. Afterward, Farrow developed off screen relationship with filmmaker Woody Allen. Farrow and Allen had a son together, whose name is Ronan. Mia had also adopted two children-Moses and Dylan.

It was explicit that the actress being romantically involved with Allen led to some of her notable works in her career like Alice (1990) and Hannah and her Sisters in 1968, but unfortunately, it also came with heartache as cost since Allen was engaged in a sexual relationship with Mia’s 21 year old adopted daughter, Soon-Yi Previn. The disclosure of Allen’s relationship with Soon-Yi Previn brought an end to Mia and Woody’s romantic relationships as well as to the masterpieces the couples create through their collaborative efforts on screen. The couple dissolved in the year 1992 with Mia Farrow life starting to move towards a series of loss.

Allen and Farrow even underwent in a huge legal dispute regarding their children’s custody. As a result, Allen had to play $3 million to Farrow while she won the sole custody of their children. Later on, Allen married Soon-Yi in 1997 that resulted in a bitter estrangement of Farrow and Allen.

Mia Farrow life underwent a series of scandals and it attracted more attention than her acting career. Nevertheless, the bold actress continued with her career and philanthropy.

Mia Farrow life is not less similar to the scripts of tragic movies. She has 15 children, mostly adopted. Farrow underwent another huge heartache when her adopted daughter, Tam Farrow, died of a prolonged illness in 2001. While Farrow was not being able to recover from the tragedy of death of her daughter, Tam; another adopted daughter, Lark Song Previn, also died of the unrevealed cause in the year 2007. It turned to a series of death tragedy when her brother, Patrick Farrow, died on June 2009.

Even after undergoing a lot of traumatic events one after another, Mia Farrow life continues to move on. She walks through the path like a survivor and calmly continues to work on films and televisions. She has appeared in many TV shows like Third Watch, movies like The Omen, The Ex, even in animated movies like Arthur and the Great Adventure (2009) and comedy Dark Horse (2011).

Mia Farrow life deviated towards philanthropy since the time she had started adopting children and bringing them under the shade of mother’s affection. She fought for their custody and took care of them. This was not enough for Mia. Therefore, she also participated in anti-war protest marches in London in 1970. Mia adopted Vietnamese children after Vietnam War which is a huge step towards activism.

In addition to nationwide activism, she has traveled with human rights leader Nelson Mandela to support his work The Nelson Mandela Foundation Children’s Fund. Due to her selfless works, UNICEF appointed her as Special Representative at the first Global Polio Partners Summit in 2000. She has a huge corner for children and has worked mainly to neutralize children’s issues. An area of her activism includes eradicating polio, the disease she and her son Thaddeus had endured as a child. Moreover, she works on behalf of children and refugees and the war affected areas, especially Africa.

Even though Mia Farrow life underwent miseries, she continued her acting career. The underrated actress is good in her profession but people were more attentive when it came to her personal life stories rather than her on-screen stories and acting. However, Mia Farrow service and activism has brought her to limelight as she has worked for children’s rights and refugees wholeheartedly.