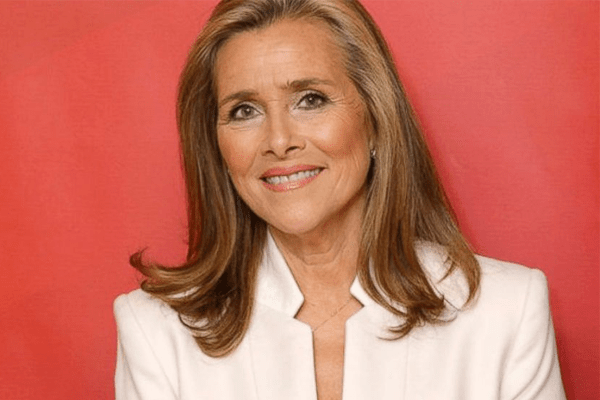 American journalist, talk show, and game show host, Meredith Vieira net worth has been accumulated from her remarkable work in shows like   West 57th, 60 Minutes, The View, Who Wants to Be a Millionaire, Today, and Dateline NBC. The Meredith Vieira Show which started in 2014 became very successful and gave her huge fame.

Meredith Louise Vieira was born on December 30, 1953, in Providence, Rhode Island, U.S. She was born to Mary Elsie Rosa and Edwin Vieira. Her father was a medical doctor while her mother was a homemaker. She spent most of her childhood days in East Providence with her three older brothers. She is of Azores descent. Vieira was raised in Roman Catholic faith. She is of American nationality and white ethnicity.

Meredith Vieira began her professional journalism career in 1985 at CBS News. She was seen as an anchor in West 57th. Soon in 1989, she began working as a correspondent for 60 minutes. In 1992, Meredith went on to co-anchor CBS Morning News. She left CBS News in 1993 and began working for ABC. Till 1997, Vieira worked as a correspondent for Turing Pont. She then went on to become a moderator for The View. In 2002, Vieira went on to become the host of the show, Who Wants to be a Millionaire. Vieira then began working for NBC News in 2006. She appeared as a contributing anchor for Dateline NBC. From 2006 to 2011, Vieira was seen in Today as a co-anchor. Vieira is also known to have worked on Rock Center with Brian Williams and the 2014 Winter Olympics. She became a host and the executive producer of The Meredith Vieira Show that lasted from 2014 to 2016.

Meredith Vieira is a married woman. She is married to her husband Richard M. Cohen. Meredith Vieira husband, Richard is a CBS News journalist. The couple married on 14th June 1986. Meredith Vieira husband suffers from Multiple Sclerosis and also suffered from colon cancer in 1999 and 2000. Together the couple went on to have three children named Benjamin Edwin Cohen, Lily Max Cohen, and Gabriel Anthony Cohen. Her son, Gabe works for Seattle-based KOMO-TV as a reporter.

Meredith Vieira has been honored with many awards till date for her remarkable work in the field of TV journalism. From 18 Daytime Emmy Award nominations, Vieira has won three Daytime Emmy Awards. She had also been nominated for 5 News & Documentary Emmy Award out of which she won four awards. It also included a Lifetime Achievement Award. Meredith Vieira was nominated for 10 Online Film & Television Association Television Award out of which she won two of these awards in 2001 and 2000. Meredith Vieira’s Wikipedia page has details of her personal as well as professional life. The biography of the celebrated and talented Meredith Vieira can be found on various social media sites like Wikipedia, twitter, Instagram, and more.

Tune in 8am EST on May 9th @todayshow as I talk about hosting #WomensChoiceAwardShow
& the importance of empowering girls #WeMakeHerstory pic.twitter.com/R9ZzfqjHCf