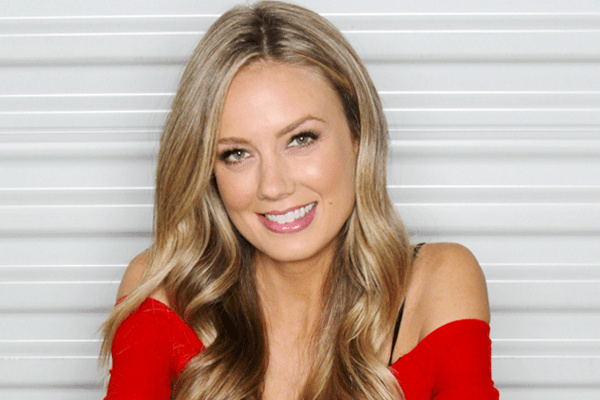 Melissa Ordway was born on March 31, 1983, in Atlanta, Georgia, U.S. Her full name is Melissa Pam Ordway Gaston. She was born as the only child to parents- father, John Ordway, and mother, Christine Ordway. Melissa was interested in acting from her childhood. She starred in many stage performances in community theaters during her early life.

After completing high school, Melissa attended Georgia State University for further studies. She was chosen to participate in a reality show on MTV called The Assistant while she was still in college. She won the show which gave her the inspiration she needed to pursue a career in acting and modeling. She then moved to Los Angeles to fulfill her dream of becoming an actress.

Melissa Ordway was signed by Nous Model Management because of her attractive physical features after moving to Los Angeles. Immediately, she started to appear in national campaigns and magazine covers. Her first big campaign was for Skechers. Within just one year of beginning her modeling career, Melissa got the opportunity to model for Old Navy, Fabrizio Gianni, David’s Bridal, Anchor Blue and Tilly’s. Melissa also appeared on the cover of famous magazines like Los Angeles Weddings Magazine, Grand Sierra Magazine, and Hona Hou Magazine.

Melissa Ordway has appeared in several movies till now. Her role in the film, Friendly Fire was her debut in the movie field. After that, she got the opportunity to star in many movies. Melissa Ordway movies after her first role include 17 Again, Miss March, Elektra Luxx, The Last Song, Tales of an Ancient Empire, Escapee, In Time and others.  Melissa Ordway Ted role was also one of her noteworthy roles. The list of her every movie can be found on her Wikipedia page with details.

Besides movies, Melissa has also appeared in several television shows including Privileged, Melrose Place, Hollywood Heights, 90210 and so on. She currently stars in the show, The Young and the Restless as Abby Newman.

Focusing on her personal life, Melissa Ordway is a married woman. She married fellow actor Justin Gaston, whom she met during the filming of Escapee. The wedding was held on September 22, 2012. The couple has a daughter named, Olivia Christine Gaston. They are expecting their second child, also a girl, due in January 2018. The family is currently living happily without any rumors of divorce.

Melissa Ordway is currently 34 years old. She looks quite young for her age. Her height is measured at 5 Feet 8 Inch. She has a blonde colored hair and the color of her eyes makes her more attractive. Melissa is of American nationality and belongs to white ethnicity.

Melissa Ordway is recognized for her roles in various movies and television shows. She has also gained many fans through her modeling career. She is also quite active on social media. Melissa Ordway Instagram and Twitter accounts are most active. Melissa Ordway Instagram account has more than 83K followers to the date. Similarly, her Twitter account has more than 53K followers till now. Melissa regularly posts photos and other stuff related to her life on both of her accounts. This helps her fans to be up to date with her.

So thankful for this amazing organization. Thank you olive.crest for all the families and… https://t.co/jvwflr7QJr