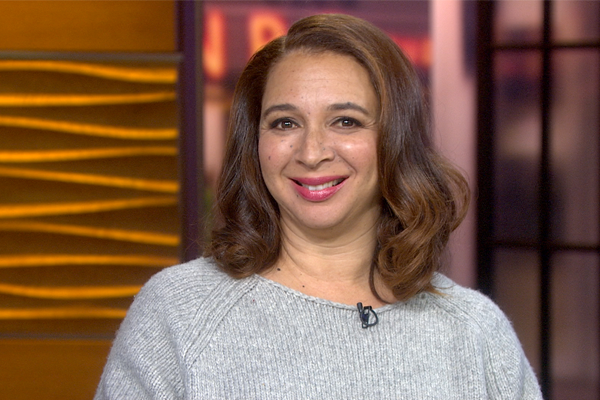 American actress, comedian, and singer, Maya Rudolph net worth has been accumulated from her work in Saturday Night Live. Maya Rudolph movies like 50 First Dates and A Prairie Home Companion have given her huge recognition.

The incomparable and hilarious, Maya Rudolph is a well-known actress, comedian, and singer based in Hollywood. Maya Rudolph net worth has been accumulated from her noteworthy work in movies and TV series. Maya Rudolph movies like A Prairie Home Companion, Away We Go, Bridesmaids, The Way, Way Back, Big Hero 6, and more have gained wide fame. Maya Rudolph’s work in Saturday Night Live has been highly appreciated. The detail of Maya Rudolph kids, husband, movies, net worth, and more can be found on various sites all over the internet.

Maya Khabira Rudolph was born on July 27, 1972, in Gainesville, Florida, U.S. Her father Richard Rudolph is an Ashkenazi Jew composer, songwriter, and producer, while her mother, Minnie Riperton is a soul singer-songwriter and comes from African-American descent.  Maya spent most of her childhood days in Los Angeles, California with her brother Marc. Maya’s mother Riperton died on July 12, 1979, due to breast cancer at the age of 31.

Maya Rudolph attended Crossroads School based in Santa Monica, California. After graduation in 1990, she went on to join University of California, Santa Cruz. She attended Porter College and graduated in 1995 with a Bachelor of Arts degree in photography.

Rudolph began as a backing singer for the band, The Rentals. With the band, she went on various tours and sang many songs for the album Seven More Minutes. Maya Rudolph movies career began in 1997 in As Good As It Gets. In 2004, Rudolph came into the limelight with her role Stacy in the movie, 50 First dates. Rudolph has since been noted for her work in movies like A Prairie Home Companion, Shrek the Third as Rapunzel, Away We Go as Verona De Tessant, Bridesmaids as Lillian Donovan, The Way, Way Back, Turbo, Big Hero 6, and Strange Magic. Rudolph has also made appearances n movies like Idiocracy, Grown Ups, Zookeeper, The Nut Job, The Angry Birds Movie, and more. Rudolph will soon be seen in the movies, We Don’t Belong Here, The Nut Job 2, and Life of the Party.

Rudolph appeared in 5 episodes of Chicago Hopes from 1996 to 1997. The following year she was seen in the TV movie, The Devil’s Child. In 2000, she appeared in 15 episodes of City of Angels as Nurse Grace Patterson. Maya Rudolph came into the limelight in the TV arena in 2000 when she joined Saturday Night Live. She has appeared in 150 of its episodes. In 2011, she also joined the TV series, Up All Night as Ava Alexander. She has made significant appearances on Kath & Kim, The Maya Rudolph Show, The Spoils Before Dying, The Grinder, among other. More recently, Maya Rudolph has appeared in her show, Maya & Marty. She has also seen in Brooklyn Nine-Nine, Michael Bolton’s Big Sexy Valentine’s Day Special, and Big Mouth. Furthermore, Maya has also made appearances on 5 episodes of web series, The Awesomes and 3 episodes of Bad Lip Reading.

Maya Rudolph husband, Paul Thomas Anderson is a film director, screenwriter, and producer. Maya Rudolph husband, Paul Anderson is best known for his work in films like Hard Eight, Boogie Nights, Magnolia, Punch-Drunk Love, There Will Be Blood, The Master, and more. The couple has been together since 2001. Together, the couple has four children named Pearl born in 2005, Lucille born in 2009, Jack born in 2011, and Minnie born in 2013.

Maya has won the MTV Movie Award, Robert Altman Independent Spirit Awards, and Behind the Voice Actors Feature Film Voice Acting Award. Rudolph was nominated for a Primetime Emmy Award in 2012. She has also been second in Utah Film Critics Association Awards for the category of Best Actress. The remarkable, Maya Rudolph’s bio can be found on numerous social media sites including Wikipedia, IMDB, Twitter, Facebook, and more.