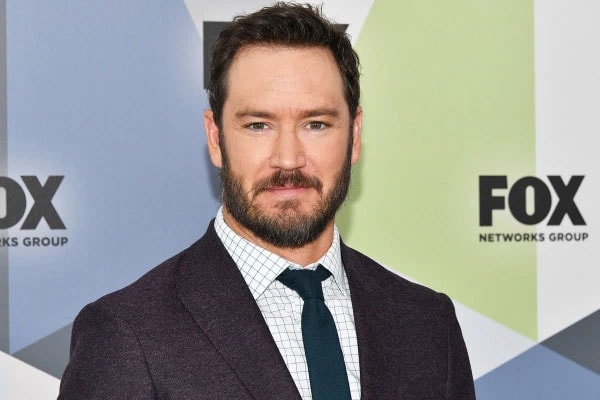 Mark-Paul Gosselaar was born in 1974, 1st of March in Panorama City, LA, USA. He is an American actor and known for his lead role of Zack Morris on the show Saved By the Bell.

Mark-Paul Gosselaar’s net worth is $9 million. He was born to Paula Gosselaar and Hans Gosselaar. The American actor Mark is married to Catriona McGinn. He is the father of four children.

Mark-Paul Gosselaar’s net worth is $9 million. He earned all fortune from his career as actor and model. He started his model career at a very young age.

Mark-Paul began modeling at the of five. As a model, He appeared in a commercial video for smurf merchandise and Oreo cookies. However, people first started to notice him after landing role of Zack Morris in the comedy series Saved By The Bell.

In 1996 Gosselaar appeared in the TV- film She Cried No. In 1998 he was starred in the movie Dead Man On Campus. In the same year, he played the central character in the TV drama Hyperion Bay. After that, He was featured in movies such as The Princess and the Marine along with Marisol Nichols.

Mark-Paul Gosselaar is also famous for playing the role of John Clark on ABC’s NYPD Blue. He began filming the TNT series, Franklin and Bash. However, the show was canceled after the fourth season.

Going through Mark-Paul Gosselaar  Instagram we found that he is living a lavish lifestyle. He goes by the name @mpgosselaar and has 281 thousand fan followers. He is fond of sports cars. He is also a race car driver, track cyclist, dirt biker and pilot. Gosselaar competed in the far west championship for track cycling in 2005.

Mark-Paul Gosselaar is the son of Hans Gosselaar and Paula Gosselaar. His father was a plant supervisor and mother was a homemaker and hostess. His great-grandparents Hertog Gosselaar and Hester Gosselaar were killed at the Sobibor extermination camp during the Holocaust. Mark was raised along with his three other siblings Linda Gosselaar, Michael Gosselaar, and Sylvia Gosselaar. Later mark’s parents got separated.

Mark is married to Catriona McGinn. They got married in 2012 July 28. They together have two children, son Dekker Gosselaar, and a daughter Lachlyn Gosselaar. 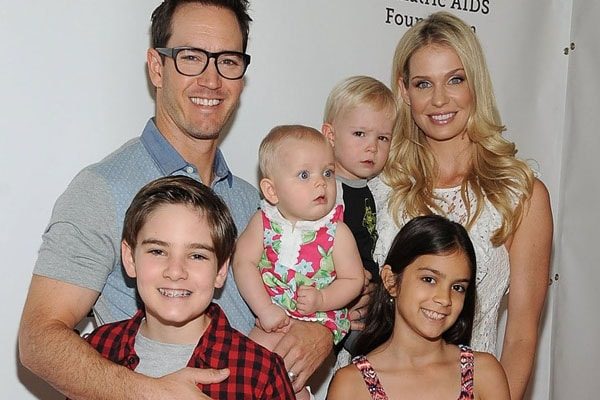 Mark-Paul Gosselaar along with his wife Catriona McGinn and children.
Picture Source: toofab.

Mark was previously married to former model Lisa Ann Russell. They got married in 1996 and separated in 2011 after 15 years of the relationship. In 2010 June 18, Mark filed for the divorced. Mark didn’t reveal the exact reason behind their divorce. They together had two children, son Michael Charles, and daughter Ava Lorenn.

Mark-Paul Gosselaar revealed that he was dating Saved By the Bells co-stars, Lark Voorhies, Tiffani Thiessen, and Elizabeth Berkley. Later he remained friends with these co-stars. He appeared in The Tonight Show Starring Jimmy Fallon with these co-stars in 2015 for Saved By The Bell Sketch. 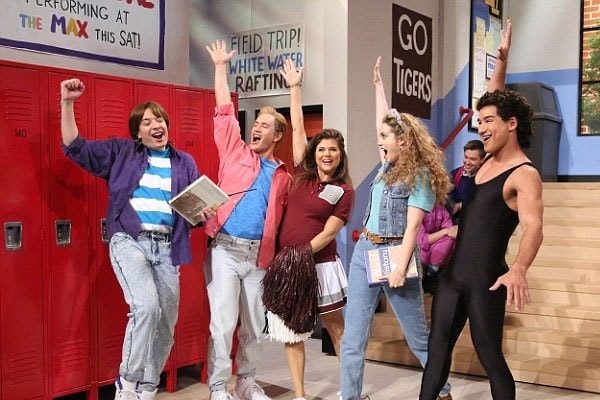