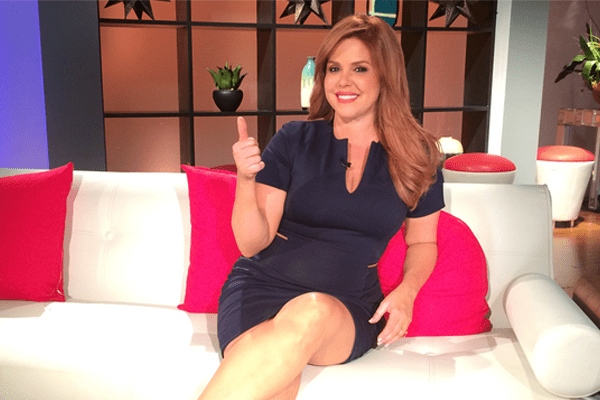 Maria Celeste Arraras is a prominent Puerto Rican TV personality and journalist who has gained wide recognition in the Latin American culture through her show, Al Rojo Vivo con Maria celeste. The details of Maria Celeste net worth, Instagram account, career, age and more can be found on several social media sites that are continuously observed by her fans all around the world. Maria Celeste Instagram account has pictorial details of her day to day life.

Maria Celeste Arraras was born on 27 September 1960 in Mayagüez, Puerto Rico to Jose Enrique Arraras and Astrid Mangual. Her father was a politician, lawyer, and educator, while her mother was a homemaker and chemist.

Maria Celeste Arraras went on to attend Loyola University based in New Orleans, Louisiana. She went on to graduate with a major in Communications. She was active in sports and won three medals at the Central American and Caribbean Swimming Championships. She had also qualified for the 1976 Summer Olympics but failed to appear due to an infection.

Celeste is also known to be working actively with  The Humane Society of the United States and Humane Society International for the welfare of stray dogs.

Often regarded as the ‘Hispanic TV Queen’, Maria Celeste Arraras has made her name famous in Latin American culture. She is regarded as one of the “20 Most Powerful Women” by the Newsweek magazine, and “50 Most Beautiful People” by  People en Español magazine. She has also judged the Miss Universe Pageant.

Furthermore, Maria Celeste Arraras is an author of many books. She has published hit books like the investigative story Selena‘s Secret: ‘The Revealing Story Behind Her Tragic Death in 1997’, ‘Children’s fable  The Magic Cane in 2007’, and ‘Make Your Life Prime Time: How to Have It All Without Losing Your Soul in 2009’.

Maria Celeste was married to her husband, Manny Arvesu in 1996. The couple had a divorce in 2004. She is the mother of her three children named Julian Enrique, Lara Giuliana, and Adrian Vadim. Julian and Lara are Manny’s children. Vadim was a Russian boy whom Maria adopted. Celeste is currently residing in Miami.

Maria Celeste Arraras has received many awards and honored during her lifetime for her exceptional contribution in the field of journalism. Maria Celeste received the National Emmy in 2005. She is the recipient of the Silver Circle Award from the National Academy of Television Arts and Sciences, two Emmy awards, Award for Outstanding Achievement in Hispanic Television by  Broadcasting & Cable and Multichannel News, Génesis Award, and more. Maria was honored with a lifetime achievement award by The Hispanic Association of Corporate Responsibility (HACR). She has been named Best Journalist doing Social Good in Social Media by LATISM.

As an environmentalist and philanthropist, Maria has been awarded the Humanitarian Award by PETA, “Hero of the Environment” by the Monterey Bay Aquarium, and also the “Ocean Defender” by the Wildcoast.