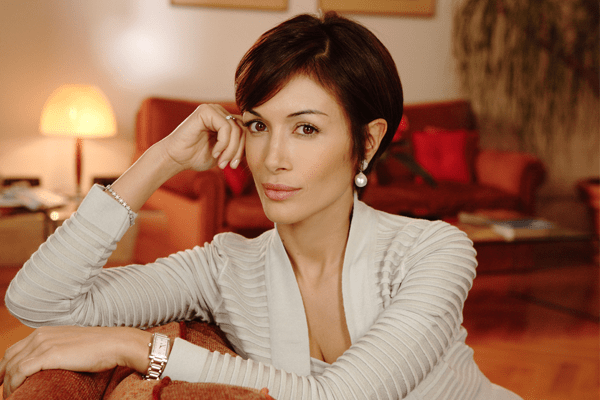 Mara Carfagna is an Italian minister for equal opportunity. She is also considered as the world’s beautiful and hottest politician. Besides that Mara is a model and a showgirl. Mara Carfagna Net worth has rapidly increased due to her successful career. A full bio is given below.

Mara Carfagna, born on December 18, 1975, is a lady with successful political and modeling career. She was the minister succeeded by Elsa Fornero and Preceded by Barbara Pollastrini. She has membership at Chamber of Deputies. Mara was the renowned personality selected with huge votes and more than six thousand personal preferences.

Mara Carfagna was born on December 18, 1975 to father Salvatore Carfagna and Angela Biancucci in Salerno, Italy. She was named as Maria Rosaria Carfagna by her parents during her birth. Normally, she is called as Mara.

She was enrolled in Liceo Scientifico. Later in 2001, she joined the University of Salerno and graduated in law with a thesis on informational law and broadcasting systems.

Career as a Model and Showgirl

After having graduation, Mara entered into the filmy world. She participated in Miss Italy (1997) and was up to sixth place.

After gaining knowledge and experience from the pageant, she got to know the real Mara. She could understand the desire to win. And hence, she planned to advance her career as a model.

Eventually, she worked on Italian television shows as a model for several years.

From 2000 to 2006 she participate as showgirl in the television show La domenica del villaggio. Regularly she involved in the program Piazza grande. She even has small roles in cervelloni, Vota la voce and Domenica in. Mara has posed nude for Maxim. And has no reservation about the work.

Career as a Politician

A keen interest in political situation, since early age, led Mara Carfagna to enter politics. She entered politics in 2004. And was obliged to the duty as women’s movement in the political party Forza Italia. Later in 2006, Mara was elected to the Chamber of Deputies for Forza Italia party for her stout personality and attitude.

Subsequently in 2008, she was reelected as the third candidate from the party, Forza Italia, recently named as the People of Freedom. She worked as a Secretary of the Commission for Constitutional Affairs.

Mara was described as an efficient and hard-working parliamentarian. Then on May 8, 2008, Mara was appointed as a Minister for equal opportunity in the fourth cabinet of Silvio Berlusconi. Her appointment was officially announced. In addition, an appointment was appreciated and highlighted on her distinct background by the social media.

In 2009, she became the first political promoter of the law against such harassment and was finally approved on 23 February 2009. In the meantime she also signed a campaign against homophobia with television spots, wall attachment and images on magazine but the bill was refused by the Parliament.

During her inauguration, she has been through different level of crime in her hometown. She herself had to face Burglary on three different occasions. She believes liberty depends on rules and regulations rather than on independence. She is an anti feminist and against gay marriage. She in several places has stated, “The relationship between gay was just a thinking offense. Matrimonial rights should be tied to reproduction.” And the statement was strongly criticized by gay rights group.

On the evening of Telegatto award show Silvio Berlusconi, an Italian media tycoon and politician, made a statement “If I was not married I would have married her immediately.” This reached the center of controversy which took place in the international attention. The statement made Veronica Lario, wife of Berlusconi, to demand an apology through national newspaper. She received too.

Later, Mara made a statement, ‘the comment was quite harmless’ and said she could not understand Lario’s reaction.

Next on July 5, 2008, Argentine Journal Clarin reported about telephone conversation between Mara and Silvio Berlusconi with explicit allusions to oral sex. Later on the case was admitted with certain strong messages. Then she apologized to Mara and the case was dismissed.

Looking at her personal life, Mara is single. It is supposed she is busy in extending her political career. Mara Carfagna Net worth is the reason behind a luxurious life. Here is no any updated information about her dating life and relationship. But we could know about her through social site like Facebook.

Mara Carfagna holds an Italian nationality and white ethnicity. Mara who has received huge attention for her service as a minister is more popular for her sultry looks. She is a Sagittarius.  She has a straight dark brown colored hair and hazel colored eyes. She has a straight sexual orientation with the body measurement 35-25-36 and 121 lbs body weight.