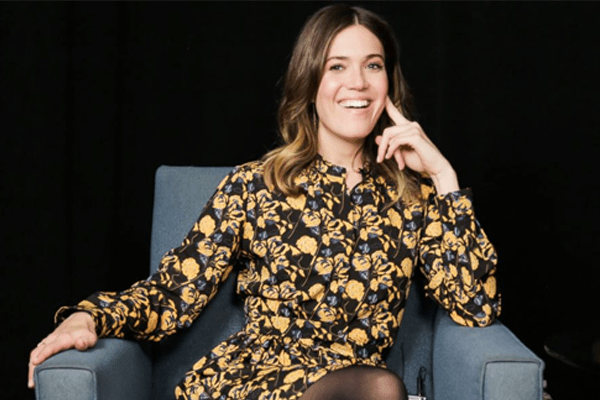 Best known for ‘90s pop album like A Walk to Remember, singer and actress Mandy Moore songs and movies have won millions of her fans’ hearts.

Mandy Moore signed with Sony in 1999 and released her debut album So Real. Among Mandy Moore songs, “Candy” became a hit one. Similarly, she recorded other albums I Wanna Be With You and Mandy Moore.

She then gained prominence as an actress. Moore is best known for her appearance in teen romances A Walk To Remember and How To Deal. In 2010 movie Tangled, she voiced Rapunzel.

Mandy Moore was born on April 10, 1984 in Nashua, New Hampshire. She is an American born as a daughter of airline pilot and former news reporter. She grew up outside of Orlando, Florida. As a child, she got an inspiration to sing by watching performance of the musical Guys and Dolls. She was only 6 years old at that time.

As a young singer, she first performed at sporting events. She was even dubbed “The National Anthem Girl” for singing “The Star Spangled Banner” a number of times.

However, she became a breakthrough singer at the age of 13. A FedEx delivery person heard her singing during a demo recording session. Impressed by Moore’s singing, the delivery person passed her demo to his friend at Sony Music.

Moore did not take much time to grow into a prominent singer. For one of the most popular Mandy Moore songs “Candy”, she joined the N’Sync on tour. Later, she released her debut album So Real.  After the success of her first album, she released I Wanna Be With You in 2000.

Soon, Mandy Moore songs earned her recognition as a singer. Following the career establishment in music, Moore got involved in acting. She first landed a supporting role in The Princess Diaries (2001) which stars Anne Hathaway.

Eventually, she earned a lead role in teen romance A Walk to Remember (2002) with actor Shane West. Moore took both the acting and career side by side. In 2001 she released her third album Mandy Moore and then released her fourth album Coverage in 2003.

Later Career in Music and Movies

At this point, Moore concentrated more on acting. Moore starred in Chasing Liberty and Saved! In 2004. Similarly, she appeared on show Entourage and Scrubs with recurring roles. In 2006, Moore appeared in American Dreamz with Hugh Grant and Dennis Quaid. Further. She landed starring roles in a number of romantic comedies including Because I Said So (2007) and License to Wed (2007).

In addition to acting, Mandy Moore songs also gained new height. She released her albums Wild Hope and Amanda Leigh in 2007 and 2009 respectively. These albums made their way up in the charts.

Furthermore, Moore voiced the lead character, Rapunzel, in animated film Tangled that released in 2010. Additionally, she incorporated her singing talents in some parts as well. She also appeared in small screen drama like Red Band Society during 2014-15. The actress made a prominent appearance in the lead role in NBC’s hit family drama This Is Us in 2016.

For the role in This Is Us, Mandy Moore received a Golden Globe Award nomination. She has portrayed a wife and mom character, Rebecca Pearson. Recently, she reprised her princess role in animated TV show Tangled: The Series.

The talented actress and singer, Mandy Moore married musician Ryan Adams in 2009. However, the couple seprarated in 2016. Previously, Moore has dated actors Wilmer Valderrama and Zach Braff. Similarly, she was in a romantic relationship with professional tennis player, Andy Roddick. For now, she is dating musician Taylor Goldsmith.

A little peak at what's to come in the second season. See you next month. #ThisIsUs ❤️ pic.twitter.com/0YMWFTBMR3