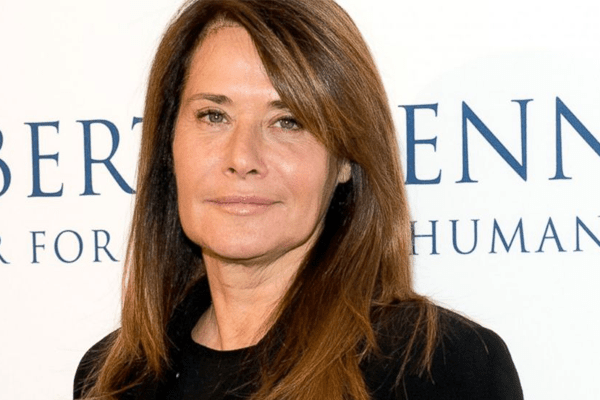 Lorraine Bracco was born on October 2, 1954, in Brooklyn, New York.  She was born to father, Salvatore Bracco Sr. and mother, Eileen Bracco. Her father had an Italian background and her mother was born to French parents in England. They met during World War II and she came to the U.S. as a war bride. Lorraine Bracco has a sister named Elizabeth Bracco who is also an actress and a brother named Salvatore Jr. She was brought up in Westbury, on Maxwell Drive on Long Island. She went to Hicksville High School and graduated from there in the year 1972. Because of her family background, she is fluent in three languages: English, French and Italian.

Lorraine Bracco career began as a fashion model when she moved to France in the year 1974. She started acting in several French-language films after being introduced to the director and novelist Lina Wertmüller while living there. She then got minor roles in American movies. Lorraine Bracco movies with minor roles include The Pick-Up Artist, Sing, Sea of Love and so on. Her first big career break was a role in the hit movie Goodfellas, for which has received various nominations and awards. After that, she started getting recognitions. Lorraine Bracco movies also include Switch, Radio Flyer, The Basketball Diaries, The Liars, Riding in Cars with Boys and so on.

Lorraine Bracco has also appeared in several television shows along with her movie career. Her most recognized television show is The Sopranos for which she has received numerous nominations and awards. She also starred in the series Rizzoli & Isles.

Lorraine Bracco has had two marriages till now. Her first marriage was to Daniel Guerard. Their marriage lasted from the year 1979 to 1982. Together they have one daughter named, Margaux Guerard. After their divorce, she dated actor Harvey Keitel for 12-years. They have one daughter, named Stella Keitel, born in 1985. After their break-up, they fought a custody battle over their daughter for a long time.  This was one of the reasons for loss of acting roles of Lorraine Bracco. She later married actor Edward James Olmos in 1994. The couple got divorced in 2002.

Lorraine Bracco has been nominated for many awards for her role in the hit movie Goodfellas and also for the television show The Sopranos which increased Lorraine Bracco net worth. For her role in Goodfellas, she was nominated for Best Supporting Actress by various award shows. She also won the Chicago Film Critics Association Awards for the same category for the role. Similarly, for her role in the television series The Sopranos, she has been nominated a total of 14 times, out of which she has won two awards, both Screen Actors Guild Awards in the years 2000 and 2008, for the same category-Outstanding Performance by an Ensemble in a Drama Series.

Lorraine Bracco Parker bio with all the details of her movies and television shows and as well as all the nominations and awards can be found on various social media sites like Wikipedia, Twitter, Facebook, and more.