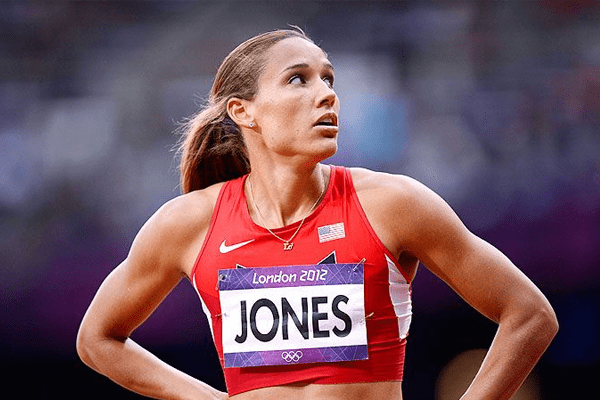 Lolo Jones is among those athletes who have competed in both the summer and Winter Olympic games. In addition to the successful professional career, people have always been interested into Lolo Jones personal life. The main reason behind this enthusiasm is that when she’s not training or participating in professional track and field, hurdling, or bobsledding events, she is found to be joking about wide ranges of the topic in social media making Lolo Jones personal life lively and interesting.

Lolo Jones is an American hurdler and bobsledder. She specializes in the 60 meter and 100-meter hurdles. Jones has made her name and fame in her career and has won many titles. Some of them include the indoor national titles in 2007, 2008, and 2009 in the 60-meter hurdles, with gold medals at the World Indoor Championship in 2008 and 2010. Her achievements are simply intimidating.

The original name of Lolo Jones is Lori Susan Jones. She was born on August 5, 1982, in Des Moines, Iowa. Apparently, she lives in Baton Rouge, Louisiana.

Jones had faced many struggles in her early stage of life. She was born to a single mother who struggled very hard to provide for her family of six. On the other hand, her father was not much of a responsible father. Jones went to eight different schools in eight years. When Jones was studying in third grade, her family settled in the basement of a Des Moines Salvation Army church. She used to avoid in her own ways from being bullied for having a weak financial position.

Jones had her dream of running on the tracks right from her childhood. Jones started living separately from her family after her family moved to Forest City, Iowa. She then enrolled in Theodore Roosevelt High School in Des Moines. She did her part time job in the Iowa Bakery Cafe, a local coffee shop while she was in college.

Lolo Jones career has been one of the motivational things as of now. While she was at Roosevelt, she showed her outstanding performance in class with high grades, playing cello in the school orchestra. She was even named Gatorade Midwest Athlete of the Year. She set an impressive record at Iowa state track meet with a mark of 13.40 seconds in the 100-meter hurdles. These details about the early career drag even more attention towards Lolo Jones personal life.

In 2015, the news cracked that Lolo Jones was not happy about Drake kissing Serena Williams and this clearly shows her interest in him. Lately, Lolo has not opened much about her personal life. It is safe for us to assume that she is single and ready to mingle with the right guy.

Lolo Jones career has been very very successful and the awards and recognitions that she has earned could be taken as a close measure of her success in the particular field of sports.  She won indoor national titles consecutively in 2007, 2008, and 2009 in the 60-meter hurdles. It was actually a gold medal that she got at the World Indoor Championship in 2008 and 2010. Also, Jones won a gold medal in the mixed team event at the 2013 World Championships. She represented the U.S. at the 2014 Winter Olympics, making her one of the few athletes who have competed in both the Summer and Winter Olympic games.

Why don't you guys tell the whole story just how you edited the first one to make me look like I was talking shit first. Enough. https://t.co/TZ6WBLqIB2