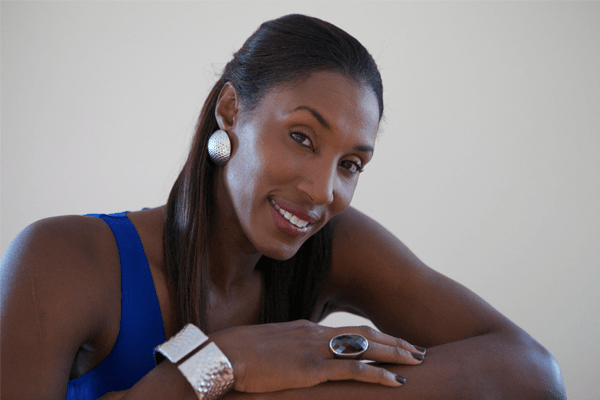 Lisa Leslie stats as a professional basketball player made her the winner of WNBA MVP and an Olympic gold medalist four times.  Leslie played for Women’s National Basketball Association (WNBA) since 1997 to 2009. Starting her career in basketball from her college days at the University of Southern California, Leslie won two WNBA championships in 11 seasons as she played wonderfully with the Los Angeles Sparks. Moreover, Leslie falls under the Top 15 players of 2011. In addition, she was elected to Naismith Memorial Basketball Hall of Fame in 2015.

Lisa Leslie was born as Lisa Deshaun Leslie on July 7, 1972 in Gardena, California. Her parents are Christine Lauren Leslie and Walter Leslie. Lisa Leslie inherited her tall height from her 6 feet 3 inches tall mother Christine. Whereas, she inherited basketball talent from her semi-professional basketball player father, Walter. Lisa is an American and belongs to black ethnicity.

Lisa Leslie had a successful career even though her mother alone raised her along with her three siblings. Walter left his family when Christine was four months pregnant with Lisa. Therefore, Christine ran her truck driving business to look after her children. Lisa grew up with her two sisters Dionne and Tiffany. She also has a brother, Elgin, who is currently a high school basketball coach in Carondelet High School. Lisa Leslie stats rose as she played in all-boys basketball team and also on all-girls team in middle school.

Already enough tall with height of 6’1” in middle school, Lisa aspired to be a television weather reporter. However, her classmate requested Lisa to help the basketball team. Since Lisa was the only one to stand in the line of lefties when the group split, she decided to make her right hand dominant. As a result, she turned into ambidextrous which was a great advantage for her. Later, she continued to play in boys’ basketball team in a junior high because there was no girls’ team. She was a successful player there that subsequently raised her confidence.

Leslie started her high school at Morningside rejecting a hundreds of college recruiting letters. The letters were also from top universities namely, University of Tennessee and Stanford University.  As she started her high school in 1986, she made an immediate first impression through her talent in basketball. As a result, she got into the girls’ varsity team and qualified for 400-meter run and high jump. She became the leading scorer and rebounder of the team able to dunk in high school only. Moreover, she led the team to 1989 California State Championship.

Beside college games, Lisa Leslie stats accelerated as she received invitation to participate in the USA’s Junior World Championship team. Soon, Lisa became popular as one of the top players of the country leading the championship averaging 27 points.

Lisa attended the University of Southern California from 1990 to 1994. The university was close to her home and it was also popular for women’s basketball. She majored in communication. Later, she joined University of Phoenix and did her master’s degree in business administration.

During her college days, she played 120 games averaging 20.1 points and 53.4% accuracy in shooting. She led the college team to win Pac-10 Conference championship earning and broke the conference record making 2414 points, 1214 rebounds and 321 blocked shots.

Los Angeles Sparks drafted Lisa in 1997 where she contributed to the team’s success in winning WNBA Championship in 2001. Therefore, Women’s Sports Foundation named her 2001 Sportswoman of the Year. The following year, she became the first women to dunk the ball in WNBA game leading Sparks to their second WNBA title.

Lisa Leslie stats read she scored 3000 total career points in 2001 and reached 4000 milestone two seasons later. Furthermore, she became the first woman player to dunk in 2005 All-Star Game and to score 6000 points in a career in 2009. Lisa continued to persevere being the best Sparks player to rebound and score. She also became the first player to reach 10,000 careers PRA (points, rebounds and assists) in 2009.

Securing high votes, she turned into one of the Top 15 players in 2011. She also secure high votes to receive honor as WNBA Top [email protected] during 20th anniversary of the WNBA league.

Lisa Leslie stats was not only limited to the national career. She has also played in the USA Basketball Women’s Junior National Team (U19). She was 17 and the youngest player to play on the USA team. With Lisa averaging 13.3 points and 7 rebounds, the team ended up in 7th position in Spain.

Leslie persevered to the extent that she played for the USA team at 1991 World University Games in England and 1992 Jones Cup Team. Lisa Leslie stats in 4 Olympic Games earned the team gold medals after they earn gold in 1992 Jones Cup. This makes her the second female basketball player earning many gold medals; the first on is Teresa Edwards.

Leslie married Michael Lockwood—commercial real estate developer and pilot for UPS, on November 5, 2005. The couple has two children; Lauren Jolie Lockwood born on 2007 and Michael Joseph Lockwood II born on 2010. Leslie continued to play even after she had her first baby.

After Lisa retired as professional basketball player, she continued her career in commentary. She works as a sports commentator and analyst for NBC, ABC and Fox Sports Net. Moreover, she sketched her career in modeling and acting too. Vogue and Newsweek featured the fashion model while Sister Sister, The Game and One on One starred her as guest. She also played in the TV shows Superstars, The Jersey, Simpsons along with movies Think like a Man. In addition, she has written autobiography named Don’t Let the Lipstick Fool You. Her success story also includes co-owning the Los Angeles Sparks.

The former professional player for WNBA and successful in other multiple career, Lisa Leslie boasts a net worth of $7 million. Lisa Leslie stats determined her worthy of salary of $91,000 from her sports career.

The beautiful and athletic combination of Lisa Leslie has given her success in multiple careers. Even though she did not initiate her sports because of her interest, she continued to persevere in it becoming one of the richest players now.


I'm so thankful for another amazing year! Moving to South Florida, new home, getting my real… https://t.co/LBwPaiNKAv