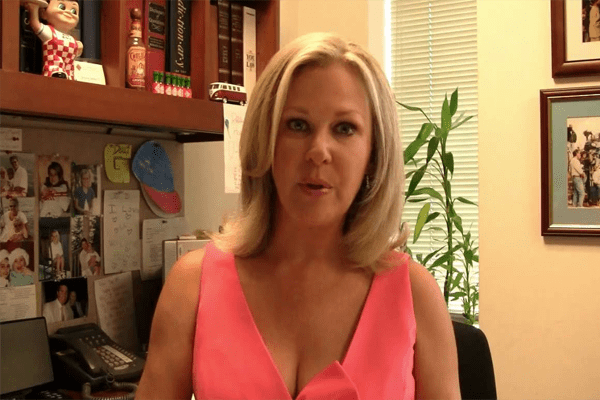 Author Lis Wiehl is one of the inspirational figures of all time. Lis is also a legal analyst for Fox News apart from being an author for numerous books and she is an American by nationality.

Author Lis Wiehl is an adjunct professor at New York Law School and a legal analyst. Her jobs reflect her interests in tough matters which requires rigorous brain exercise which is why she is so smart and talented.

Author Lis Wiehl was born on 19th of August, 1961 in Yakima, Washington. Her father’s name is Dick Wiehl. Lis has got a sibling and his name is Christopher Wiehl who is an actor by profession.

Lis Wiehl is acclaimed for having a sharp and analytical brain and this is why she has been chosen as a legal analyst for Fox News. So, for such a career, one must have had a polished educational background which Lis has. Lis spent most of her childhood in Washington and she stained her high school education in the same place. Lis is a graduate of West Valley High School which is situated in Yakima, Washington. She went to Barnard College and earned a bachelor’s degree in 1983. Then she went to university of Queensland and earned a master’s degree of Arts in Literature in 1985.

Lastly, she is a Juris Doctor from one of the world’s top schools i. e. from Harvard Law School in 1987. Hence, her educational background alone is enough to intimidate an average person.

Author Lis Wiehl has an accomplished career and her tangible and intangible contributions are countless. She is an adjunct professor of law at New York Law School. Also, she was an associate professor at University of Washington Law School.  When comes to teaching, it is said that she has a unique style of teaching and she just knows how to make the students grasp the core knowledge of what she is teaching.

Lis Wiehl has always charmed the audiences with her glorious appearance in various shows like The O’Reilly Factor, Your World with Neil Cavuto, The Kelly File with Megyn Kelly, Lou Dobbs Tonight etc.

Besides, these the major part of her career is composed of her books. Lis Wiehl books are very acclaimed ones all over the world. Her triple threat series includes Face of betrayal, Hand of fate, Eyes of justice and Heart of ice.  Her East Salem Trilogy includes Waking Hours, Darkness rising and Fatal tides. Her Mia Quinn Mysteries includes A matter of trust, A deadly business, and Lethal beauty. She has also written nonfiction books which include Winning Every Time: ‘How to Use the Skills of a Lawyer in the Trials of Your Life’, ‘The 51% Minority: How Women Still Are Not Equal’ and ‘What You Can Do About It’ and ‘The Truth Advantage: The 7 Keys to a Happy and Fulfilling Life’. All of her books are very inspiring and they definitely are super intense. Her writing has a capability to put a major impact on the readers and the society as a whole.

Lis Wiehl is one of the successful authors in America. Many people would have dreamt to be her spouse but she chose Mickey Sherman. They got married in 2006. However, Lis Wiehl married life could not go strong for a lifetime. They got divorced in 2012. Lis Wiehl married life with Mickey gave her two beautiful children namely Jacob London and Danielle London.

Lis and Mickey were so in love during the initial phases of their marriage but they could not make it so far. There were many rumors related to the reasons behind their divorce. One of the rumors stated that they had to separate due to some serious personal differences which they could not solve. However, this information has not been authenticated as these stuffs are just rumors about the author. It was also stated in rumors that they got separated in good terms whatsoever.

Lis is an accomplished lady and this has put a very good influence to her children. She has always been a role model to them.

In the greenroom with Monica Crowley, studying up before an O’Reilly Factor appearance.

Lis’s contributions to the United States as an author and legal analyst is something beyond praiseworthy. Her works have been duly acknowledged. She has got a strong fan base and the millions of well- wishers which are we must say are her biggest achievements. Lis Wiehl is active in social media. You can find her genuine profiles on Facebook and Twitter.

For years, I've been going to BEA to meet readers and sign copies of my novels. So excited to be going again... https://t.co/eksDMhVWp6