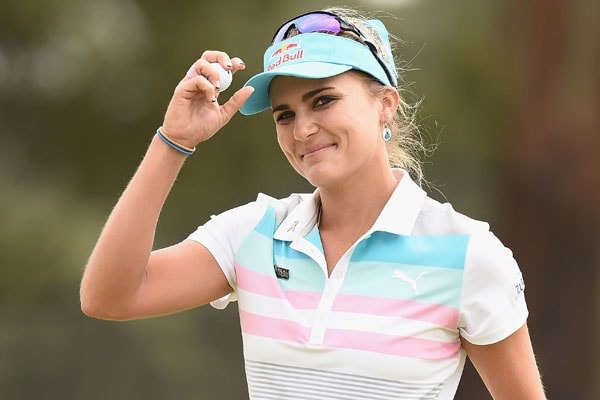 Alexis Noel Thompson popularly known by Lexi Thompson was born on 19th February 1995 in Coral Springs, Florida, U.S. Thompson is an American professional golfer who plays on LPGA Tour. She is also famous for being the youngest golfer ever to qualify to play in the U.S. Women’s Open.

Alexis Noel Thompson’s net worth is estimated to be $5 million. She was born to father Scott Thompson and mother Judy Thompson. She has two elder brothers, named Nicholas Thompson and Curtis Thompson who are professional golfers.

As mentioned before, Lexi Thompson’s net worth is estimated to be $5 million. She has managed to amass such wealth from her career as a professional golfer. 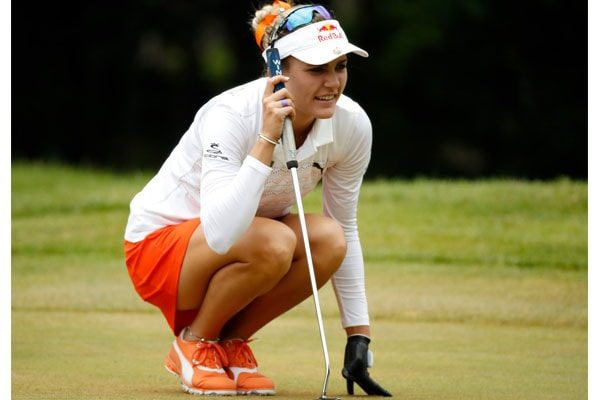 Lexi Thompson started playing golf from a very young age becoming the youngest player ever to qualify for the US Women’s Open. In her amateur career, she has won two US Kids Golf World Championship. On 16th June of 2010, she was signed by Cobra-PUMA Golf and officially started her professional career. She reportedly earns around $629,866 from different tournaments.

In 2014, she won her first major championship at the Kraft Nabisco Championship. 2015/16 season become her best season when she reportedly earned around $1.7 million. After that, in 2017, she won the overall Race to the CME Globe and reportedly earned $1 million bonus. As of now, Lexi Thompson holds 10 LPGA Tour wins and currently ranks in 5th position in women’s World Golf Ranking. 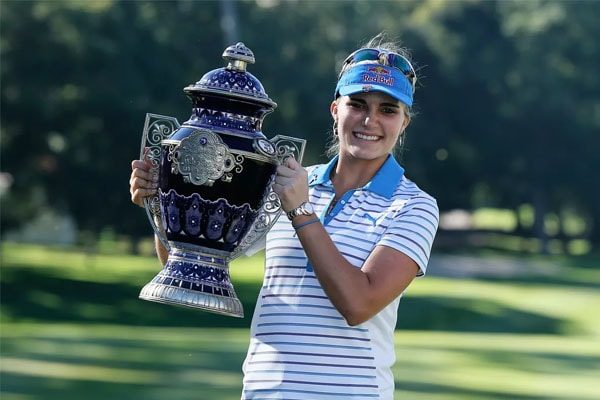 Every golfer doesn’t give credit to their caddie but Lexi is very different from others.

She always gives her credit to Caddie on her win. Lexi is very close with her caddie Kevin McAlpine and has a friendly relation. Sometimes she is also caddied by her younger brother Curtis Thompson.

Aforementioned, Lexi Thompson was born to father Scott Thompson and mother Judy Thompson. She has not said  or hinted anything about her parents to the public yet. It seems her parents don’t want to come in the spotlight. However, it is reported that she belongs to white ethnicity and has American nationality.

According to some sources, it is reported that her mother Judy Thompson was previously married to Paul Curtis Thompson who died in a skiing accident in 1983. Later her mother got married to her former husband’s brother Scott Thompson in 1985. 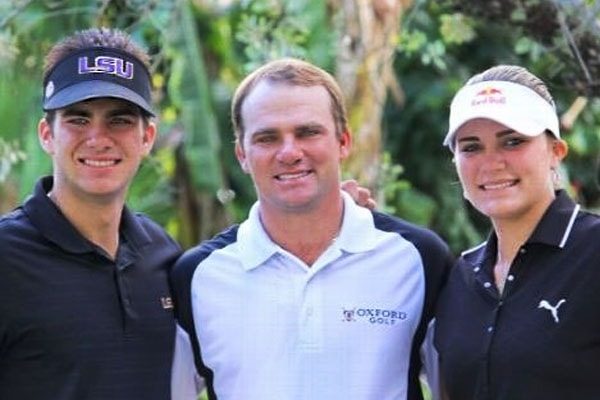 Lexi Thompson along with her brother Nicholas and Curtis Thompson. Picture source: Pinterest.

Talking about Lexi Thompson’s relationship status. She is unmarried as of yet. Lexi has kept information about her personal life private for some reason and also hasn’t shared whether she is in a relationship or is single. As per reports, she is possibly single and dating no one.

There were times when the team of Bryson DeChambeau and Lexi Thompson made the frontlines at the Franklin Templeton Shootout. The pair also played in Tiburon Golf Club at the Ritz-Carlton Golf Resort in Naples, Fla. The chemistry between the pair probably caused some stirs among the fans. However, neither side has given any opinion regarding the fans’ speculations.

Who knows what the future holds for her? She might end up dating someone in the future. So who will be the Lexi Thompson’s boyfriend or husband? We will help you to know in the upcoming days.