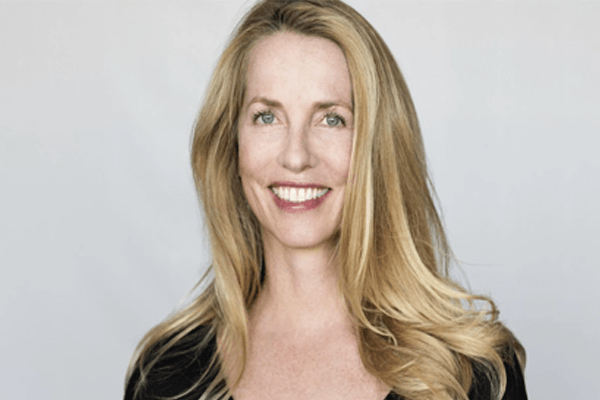 American businesswoman and executive Laurene Powell Jobs net worth heightened as she founded Emerson Collective with an aim to uplift socio-environmental condition.

Laurene Powell was born on November 6, 1963. Her place of birth is West Milford, New Jersey in the United States of America. She holds American citizenship.

Career, Accomplishments and Board

When Laurene Powell was a new MBA student in 1989, she met Steve Jobs who came to give “View from the Top” lecture at Stanford Business School. They held conversation in the lecture hall and went to dinner together that night.

Laurene Powell Jobs net worth rose as she co-founded natural foods company Terravera. The company sold its products to the retailers all over North Carolina. In addition, she served on the board of directors of Achieva. The company created online tools to ease learning for students. Additionally, Powell Jobs worked for Merrill Lynch Asset Management apart from working for Goldman Sachs for three years. She worked with Goldman Sachs as fixed-income trading strategist.

In March 18, 1991, one and half years after meeting Steve Jobs for the first time, Powell married Jobs. They married in a ceremony at the Ahwahnee Hotel in Yosemite National Park. The couple has a son Reed, who was born in September 1991. They also have two daughters Erin, born in 1995 and Eve, born in 1998.

Steve Jobs died on October 5, 2011 at the age of 56. The reason for his death was complications from previously treated islet-cell neuroendocrine pancreatic cancer. After Jobs’ death, Powell Jobs inherited the Steven P. Jobs Trust. The Trust had 7.3% stake in the Walt Disney Company worth approximately $11.1 billion. Additionally, it had 38.5 million shares of Apple, Inc. Laurene Powell Jobs net worth heightened as Forbes ranked her and her family in 44th position for world’s billionaires. Furthermore, the list demonstrated that Laurene Powell Jobs net worth is the highest among women involved in technology industry.

In 1997 Powell Jobs co-founded College Track with Carlos Watson. The motive of the non-profit foundation is to improve the education system. This non-profit organization provided its facilities in many locations such as East Palo Alto, Sacramento, San Francisco, Watts, New Orleans, Aurora, Denver, Colorado, Boyle Height and Oakland. The organization tracked record of around 90% students attending 4-year college and 70% finishing college in six years.

Laurene Powell Jobs net worth increased as she got into the advisory board of a non-profit provider of MOOC, Udacity. In addition, she co-founded Emerson Collective. Its motive was to support social entrepreneurs and organizations working in various sectors through partnerships, grants and investments. One of the social/political projects that Emerson leads is The Dream that works closely with Conservation International and NewSchool Venture Fund.

Powell Jobs serves as the board of director of many organizations namely, College Track, Conservation International, NewSchool Venture Fund, and Stanford University. Powell Jobs is also the chair of board of directors of XQ. Furthermore, she serves as the chairman’s advisory board of the Council on Foreign Relations. Due to her number of involvement in prestigious positions, Laurene Powell Jobs net worth and recognition rose. As a result, Forbes ranked her 39th and 29th most powerful woman in the world in 2013 and 2014 respectively.

Recently, in 2017 Emerson Collective acquired majority ownership of The Atlantic.

The businesswoman and executive turned into philanthropist amasses a huge property and asset. According to the most recent data of 2017, Laurene Powell Jobs net worth is $14.3 billion. One of wealthiest women, Laurene Powell Jobs has the aspiration to make world a better place to live. Therefore, she has turned into one of the most powerful women for her successful initiative and generous investment in social welfare.

Tags: 44th position for world’s billionaires, Forbes ranked her 39th and 29th most powerful woman in the world in 2013 and 2014 respectively