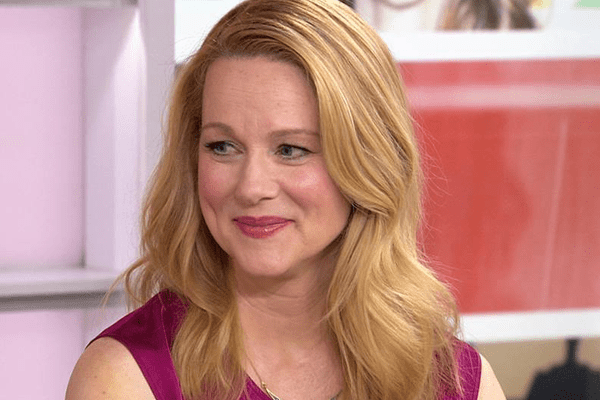 Laura Linney movies have not only earned her a number of highly-sought awards, but her performances in television and theatre have also turned her into remarkable actress.

Laura Linney is an American actress who has drawn attention of audience through her performance in big screen, television and theatre. She is the winner of a number of awards. Laura Linney movies and other appearances have earned her 2 Golden Globe Awards, 4 Primetime Emmy Awards. In addition, she is the multiple times nominee for Tony and Academy Awards. Few of her noteworthy movies are The Nanny Diaries, Teenage Mutant Ninja Turtles: Out of the Shadows and The Life of David Gale.

Laura Linney was born Laura Legett Linney on February 5, 1964 in Manhattan, New York City, United States. She was born as a single child to parents Miriam Anderson “Ann” Perse and Romulus Zachariah Linney IV. However, she has a half-sister, Susan from her father’s second marriage. Her mother was a nurse at the Memorial Sloan Kettering Cancer Center while her father was a playwright and professor.

As a child, she grew up in a modest family living in a small one-bedroom apartment. She lived with her mother. Her paternal great-great-grandfather, Romulus Zacharian Linney, was a Republican U.S. Congressman.

In her senior year, Linney performed as Lady Ada Lovelace in Childe Byron, which is her father’s play. Linney graduated from Brown University in 1986 and then went to Julliard School to study acting.

Laura Linney movies appearances started from minor roles in early-90s films like Lorenzo’s Oil and Dave. She later rose to prominence through miniseries Tale of the City in 1993. A couple of years later, she appeared as the cast of high-profile thrillers, namely, Congo (1995), Primal Fear (1996) and Absolute Power (1997).

Linney made her Hollywood breakthrough in 1998 The Truman Show. She got the role of Jim Carry’s wife in the movie for which she received critical acclaim. The other notable Laura Linney movies of similar timeline are Maze, The Life of David Gale, Love Actually and Mystic River.

She later starred in Teenage Mutant Ninja Turtles: Out of the Shadows (2016) and The Other Man (2008) with Liam Neeson. Similarly, the other Laura Linney movies that received good acclamations are The Nanny Diaries with Scarlett Johansson, The Savages with Philip Seymour Hoffman and Hyde Park on Hudson with Bill Murray.

In addition to gaining wide fame through movies, Laura Linney has made her remarkable performance in television series. She starred as Mary Ann Singleton in TV adaptation of Tales of the City. Similarly, she gave outstanding performance in Wild Iris and Frashier. Linney played Abigail Adams, wife of the second president of the US, in John Adams. Furthermore, her other prominent roles are in The Big C, Masterpiece Classic and Netflix crime drama series Ozark.

Laura Linney theatre appearances are equally noteworthy. She has performed for Broadway’s Hedda Gabler and Holiday in December, 1995. Sight Unseen, Philadelphia Chickens, Les Liaisons Dangereuses and Time Stands Still are some other plays where she gave her stunning performance.

She made her recent appearance in theatre as a performer in The Little Foxes as Regina Birdie. The show opened on April 19, 2017 at the Samuel J. Friedman Theatre.

Laura Linney movies performances have rose her prominence in addition to making her the winner of a number of awards. She received Academy Award for Best Actress in The Truman Show. Similarly, she received BAFTA Award nomination for Best Supporting Actress for Mystic River.

Not only Laura Linney movies demonstrated her as an established actress, but her television roles have also increased her worth. She won her first Emmy Award for Tales of the City. In 2002, she won Outstanding Lead Actress in Miniseries or a Movie for Iris. A couple of years later, she won another Emmy for Frashier.

Moreover, Laura Linney is the winner of a number of awards for her stage performance. She won the 1994 Joe A. Callaway Award for Hedda Gabler. Similarly, she earned Tony Award nomination for The Crucible (2002) and Sight Unseen (2005). Linney earned her another Tony Award nomination in 2010 for Best Leading Actress in a Play for Time Stands Still.

Apart from Laura Linney movies appearances, the leading actress also serves as the chair of the Arts Advisory Council of Northfield Mount Hermon School. It is the school she attended when she was in New England. She is the recipient of honorary Doctor of Fine Arts degree from Julliard in 2009. Furthermore, she was the guest and presenter at the We Are One: The Obama Inaugural Celebration at the Lincoln Memorial in January, 2009.

Laura Linney married David Adkins in 1995 for five years until their divorce. In 2007, she and Marc Schauner got engaged. Schauner is a real estate agent. A couple of years after their engagement, they married and are still married until now. The couple has a son, Bennett Armistead Schauner, born on January 8, 2014.

Laura Linney movies performances and appearances have raised her net worth to $7 million. Her excellence in acting is the main reason behind her high net worth.