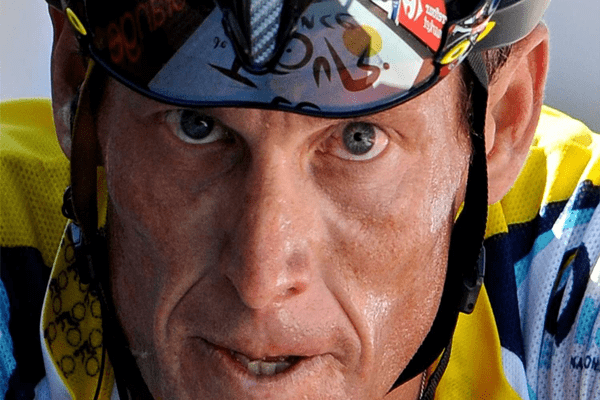 Lance Armstrong Upturn low to 20 years long cycling achievements through evidence on performance enhancement drugs use. A survivor of cancer develops guts to face the consequences of truth in the end.

Armstrong is one-time professional cycling race world champion and seven consecutive Tour de France records holder. He won professional world champion in 1993 and Tour de France from 1999 to 2005 for seven times. In 2012 after long term denial was found evident guilty for doping. All his championship titles since 1998 were confiscated and a lifelong ban from sanctioned Olympic sports was issued as a result.

Born on 18th September 1971, Lance Edward Gunderson, as a son to Linda Gayle (née Mooneyham) and Eddie Charles Gunderson. His mother a secretary and father a route manager for The Dallas Morning News. They have Norwegian ancestry. Lance was named after a Dallas Cowboys wide receiver Lance Rentzel. Lance’s parents divorced in 1973 at his age of two. A year later his mother married Terry Keith Armstrong, a wholesale salesman and Lance was adopted.

Lance started his career as an athlete in an early age of 12. He was once fourth ranked swimmer of 1500m freestyle in Texas State from Plano Swim Club. The attraction of the junior triathlon poster stopped him going to swimming only races. Lance won Iron Kids Triathlon at age of 13.

Tri-Fed/Texas (USA Triathlon was formerly called “Tri-Fed”) of 1987-1988 ranked Lance number-one triathlete in the age group of 19 and below. The second ranked was Chann McRae, USPRO national champion 2002. Armstrongs’s total points in 1987 were compared better as an amateur against five professionals ranked higher than he was at that year.

Lance became a professional triathlete at novice age of 16.He held at the ages of 18 and 19 national sprint-course triathlon champion Title in 1989 and 1990.

Lance Armstrong started his professional career as a successor of 7-Eleven team of Motorola Cycling Team in 1992. Lance won 10 one-day events and stage races in 1993. He took a breakthrough victory in the World Road Race Championship held in Norway in 1993. Right before his World Championships win, he took his first win at the Tour de France, in the stage from Chalons-sur-Marne to Verdun. In general classification ranking, he retired at stage 12 with the ranking 97th. He won the Thrift Drug Triple Crown in Pittsburgh. Lance simultaneously, won K-Mart West Virginia Classic, and the CoreStates USPRO national championship in Philadelphia. During the championship at CoreStates USPRO Lance was allegedly accused of bribing another cyclist to withdraw competing with Lance.

He won the Thrift Drug Classic again in 1994. Lance in the Tour DuPont came second. He marked a successful second place in Liege-Bastogne-Liege and the Clasica de San Sebastian. Lance finished the last place in the all-pro event in Europe two previous years before. In 1995, Lance won Clasica de San Sebastian and simultaneous victory in the penultimate Tour DuPont and some stage victories in Europe, including the stage to Limoges in the Tour de France three days after the demise of the teammate Fabio Casartelli with a crash on the descent of the Col de Portet d’Aspet at the stage 15th.

Lance brought a consistent win in 1996 too. He was the first American to win the La Fleche Wallone and had another win at the Tour DuPont. But, he competed in the Tour de France for five days. In Olympic Games 1996 he ranked 6th in the time trial and 12th in road racing. Lance signed 2-years contract of $2m with the Cofidis Cycling Team after Leeds Classic. His Teammates in Cofidis Cycling Team were Frankie Andreu and Laurent Madouas. Lance was held back two months later with advanced testicular cancer.

Diagnosis of Cancer, Treatment and Revival

At the age of 25 in 1996, Lance Armstrong positive diagnosis of embryonal carcinoma (testicular cancer) was at stage three. The dispersal of cancer cells was in brain, lungs and abdomen. His first visit to a clinic was for coughing up blood and a swollen testicle. Lance’s diagnosis at that time was done by a urologist Jim Reeves in Austin, Texas in 2, October.

Jim Reeves provided 20-50% chances with the hope for the survival of the orchiectomy of Lance. Consolations on a hope of orchiectomy with evident hopelessness from blood tests and X-Rays made Lance Armstrong upturn for survival and recovery. Next day, orchiectomy of Armstrong was done with the removal of the diseased testicle.

Steven Wolff, an oncologist at Vanderbilt University wrote a letter to Lance and he went to the Indiana University medical centre in Indianapolis for treatment. Lance Armstrong upturn feelings of the treatment decided to accept rest of the treatment there. His chemotherapy was a “cocktail” the drugs bleomycin, etoposide, and cisplatin (also called Platinol) (BEP). The BEP was the first cycle of Chemotherapy of three. The second Chemotherapy was vinblastine etoposide, ifosfamide, and cisplatin (VIP) “Cocktail” to avoid toxicity associated with lungs through bleomycin. Lance Armstrong positive about the second therapy believes saved his cycling career. Scott A. Shapiro a professor of neurosurgery at Indiana University surgically threw out brain lesions infected with extensive necrosis in 25th October.

A former boss at Subaru Montgomery assures him a contract of $200,000 salaries with the US Postal team.

Lance Armstrong upturn vibes, flew in the sky with a comeback in cycling career in 1998. He was fourth in the Vuelta a Espana that year. In 1999, Tour de France he was a title holder. A revival with consecutive wins four stages. Armstrong’s victory was questionable without Jan Ullrich and Marco Pantani with an injury, and, a drug allegation.

The return of Ullrich and Pantani to chase Armstrong thrilled Tour de France in 2000. The six years long rivalry of Armstrong with Ullrich end that year. Armstrong came ahead of Ullrich by 6min 2seconds. Lance Armstrong upturn vibes of cycling spread all over with a win again in 2001 and 2002. Ullrich did not participate in 2002 with an injury.

In 2003, chases to Armstrong to Ullrich shortens with a gap of two minutes and a second. Ullrich bags Fair-Play honours for waiting for Lance who fell being caught on spectator’s bag.

In 2004, Lance Armstrong upturn altitude of cycling with acceleration. Lance is the first biker since Gino Bartali in 1948 to acquire three straight mountain stages 15, 16 and 17 wins in Tour de France.

In 2005, Armstrong’s chase by David Zabriskie in stage 1 time trial completes and outran him by 2 seconds. The Discovery Channel team won the time trial led by Ullrich with Lance’s win over final individual time trial. At the time Lance was in contract with the Discovery Team.

In the mountain stages, the lead of Lance Armstrong was chased and attacked many times by Ivan Basso, Jan Ullrich, Andreas Kloden and Alexandre Vinokourov and former teammate Levi Leipheimer. He managed chase with a win of seventh consecutive Tour Title four minutes ahead of Ivan Basso. Lance Armstrong recorded the highest pace in race history of 26 mph. Armstrong announced he would retire after the 2005 Tour de France.

September 9, 2008, became an upturn in a cycling race history as a retired racer announced the participation again. The Lance Armstrong upturn the motive to participate Tour de France 2009. He claims to race without salary or bonuses and make internally tested blood results available online in reports of VeloNews. Lance was to race from Astana Team.

On July 21, 2009, Lance Armstrong upturn the doubt with an announcement of participation in Tour de France in 2010. The Radioshack becomes his team. Lance came 23rd behind the winner Alberto Contador a teammate again.

Lance Armstrong upturn rate of sponsors in the cycling race. He was able to lure flow of sponsors in collaboration as part of the team. Lance’s team had Formula One strategy to adopt sponsors. He combined and used resources of several organizations working in close communication. His team collaborated, Trek, Nike, AMD, Bontrager, Shimano, Sram, Giro and Oakley for an array of products.

Lance Armstrong denies using performance enhancer drugs till 2013. He was constantly a figure of a doubt for the charge. Lance, taking performance enhancer drugs was time and time revealing by his former teammates. The accusation Lance he denies. The Federal investigations 2010 and 2012, USADA investigations 2011 and 2012 occurred regarding the allegation.

USADA formally charged Lance on doping. USADA’s reports become a basis for sponsors to show back. He was deprived of every achievement from the participation since August 1998.

Personal Life and Other Involvements

Armstrong is resident in Austin, Texas, and Aspen, Colorado. Lance owns a ranch in the Texas Hill Country.

Lance met Kristin Richard 1997 June and they married on first May 1998. The couple bears three children possible through sperm stored three years earlier in the sperm bank. The couple took divorce in 2003. Upon his request, Lance’s children came to Paris for the Tour de France podium ceremony in 2005.

Lance began a relationship in 2007 March, with designer Tory Burch and split up in 2007 October.

During the charity work of Armstrong, met Anna Hansen dated in 2008 July. He announced of his naturally conceived child fourth in number.Lance again announced the birth of his fifth child via Twitter.

Armstrong was in constant relationship former President George H. W. Bush. In 2007, Lance appeared in a video with the former president and appealed for Proposition 15 to pass. This proposition was for taxpayer bond initiative to establish Cancer Prevention and Research Institute of Texas. He was onetime co-chair of a California campaign committee to pass the California Cancer Research Act. Lance experiences defeat by ballot measure voters in 2012 June.

The campaign of Lance Armstrong against cancer began in 1997 by Lance Armstrong Foundation for cancer affected. Lance is also one time a pace car driver and various events participant.

Lance owns a coffee shop named “Juan Pelota Café” in downtown Austin, Texas. The name of the café satirically refers to testicular cancer as ‘one ball’ from words in Spanish. Lance also holds a small share of Trek Bicycle Corporation. SRAM Corporation bought shares back from Lance Armstrong that he bought it in 2008 for public offerings.