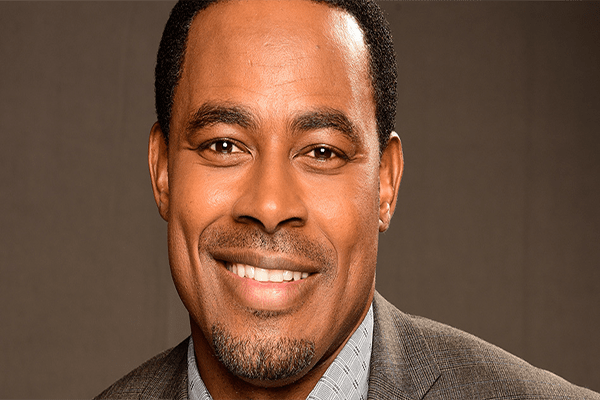 American actor, Lamman Rucker’s net worth is known to have been amassed from his work in daytime soap operas and movies like ‘The Temptations’, ‘Why Did I Get Married?’, ‘I’m Through with White Girls’, ‘Meet the Browns’, ‘Half & Half, Greenleaf’, ‘As the World Turns’, and more.

Lamman Rucker’s net worth has been amassed from his noteworthy contribution to the acting industry. Rucker has been in the cinema since 1998 and has had an exceptional career. Lamman Rucker’s movies are adored by the public. Rucker gain prominence for his role in television film, The Temptations as Jimmy Ruffin, since then he has appeared in many such remarkable movies and TV series. The details of Lamma Rucker’s bio, age, movies, net worth and more can be found on numerous social media sites that are constantly viewed by his fans all around the world.

Lamman Rucker was born on October 6, 1971 in Pittsburgh, Pennsylvania, U.S. to parents, Malaya Ray and Eric Rucker. He comes from a Barbados ancestry. He is of black ethnicity and American nationality.

Lamman spent most of his childhood days in Washington DC, Maryland along with his extended family. He was very much interested in acting. Thus he was sent to many child pageants by his family. Soon, he joined the drama club in school. Lamman went on to attend Duke Ellington School of the Arts based in Washington, D.C. Rucker then went on to attend Carnegie-Mellon University and Duquesne University.

Lamman Rucker’s movie career began in 1998’s TV movie, The Temptations as character, Jimmy Ruffin. Lamman was seen in the 2007 movie, The Commission as Judge Harold Couch. Soon he was cast in many movies like I’m Through with White Girls as Drake Moore, Why Did I Get Married? As Sheriff Troy, Why Did I Get Married Too? as Troy, The Under shepherd, and more. Lamman also appeared in the movie of TV series, Meet the Browns as his usual character, Will Brown. More recently, Rucker has appeared in movies like First Impression, No More Mr. Nice Guy, The Man in 3B, Love Won’t Let Me Wait, and Service to Man. Rucker is also credited for his appearances in Clack Coffee, Where’s the Love?, N-Secure, Words Unspoken, Ball Don’t Lie, and more.

However, Lamman Rucker is best known for his roles in various TV series. He was casted as T. Marshall Travers in As the World Turns from 2002 to 2003. Rucker went on to be seen as Garret Williams in ABC soap Opera, All My Children and in 140 episodes of Meet the Browns as Will Brown. More recently, Lamman Rucker has been appearing as Jacob Greenleaf in the Oprah Winfrey Network drama series, Greenleaf. Rucker has also been noted for his appearance in three episodes of UPN sitcom, All of Us as Rick Harris, and episode of Law & Order, an episode of House of Payne, and an episode of Single Ladies. Rucker has also been credited for his role as Elijah Bledsoe in eight episodes of the regular series, South of Hell. Rucker is also recognized from his role as character, Chase in UPN’s sitcom, Half & Half. Rucker is mostly recognized from his role in Meet the Browns.

Lamman Rucker’s net worth is estimated to be $ 2.5 million. Lamman Rucker’s net worth is known to have been accumulated from his exceptional career in acting in TV and movies like The Temptations, Half & Half, Meet The Browns, Greenleaf, All My Children, Why Did I Get Married, and more. Lamman’s role in Meet the Browns has brought his significant fame and finance.  Lamman Rucker is an inspiration to many aspiring actors. He has had a remarkable career in acting.

Lamma Rucker is mostly focused on his career as an actor. Rucker has not been on many dates. There were rumors that Lamman Rucker was dating his ‘Why Did I Get Married?’ co-star, Denise Boutte. However, the rumor has not been accounted to. He does not have a wife or any children. Lamman Rucker is reluctant on speaking about his personal life. He is mostly seen on vacations with his family.

For his exceptional career in acting, Lama Rucker has been honored many times. For his role as Will Brown in the TV series, Meet the Browns, Lamman Rucker has received two nominations for NAACP Image Award for Outstanding Supporting Actor in a Comedy Series in 2010 and 2011. Lamman Rucker has a huge number of fan following in his social media accounts. Lamman Rucker’s twitter account has details of his triumphant career and her day to day events. The eminent and handsome, Lamman Rucker can be found on various social media sites like Wikipedia, IMDb, Twitter, Facebook, and more.

Find more article about him

"@GlassBandits: Backer #49 is Joanna Hartshorne! https://t.co/uwGCX2HO34" Where are you #JoannaHartshorne??? Your #ATWT dad misses ya, kid!