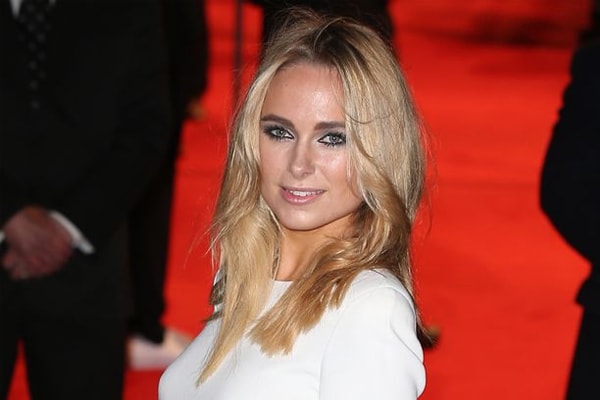 Kimberley Garner was born on March 7, 1989. She is the daughter of father, Russell Garner, and mother, Geraldine Garner. Her father works as a property developer. She also has a brother named, Christopher Garner. She finished her school level education from St. George’s School in Ascot.

There she took courses in art, politics, photography, and religion. After completing school, she studied acting at both London Academy of Music and Dramatic Art (LAMDA) and Royal Academy of Dramatic Art (RADA). She also studied at the Lee Strasberg Theatre and Film Institute in West Hollywood, California.

Being a fashion designer, Kimberley Garner also models for her own designs. She also studies acting in three different acting schools. Her acting career began when she was cast as a regular member of the BAFTA award-winning show Made in Chelsea. She joined the television show in March 2012 and left in November of the same year. She also has landed the role of the female lead in the upcoming Hollywood action movie, Sweetheart. This is going to be her debut movie with much more coming in the upcoming future.

Kimberley Garner launched her collections in May 2013. She then founded a new company to sell her collections; Kimberley London Ltd. She has also further released two collections after first to date. The company was incorporated on 8 January 2013 with the registered office located in Greater London. The company has been running smoothly for more than 4 years. She is also a director of another London based company, Young London Events Ltd, along with her father.

Kimberley Garner personal life is not easily available to the media because she is reluctant to speak about it and wants to maintain her personal life low. She is possibly single at current as she has not been seen with anyone who can be identified as her boyfriend. But she had dated a few men in the past.

She has more than sixty thousand followers on her Twitter account, who likes to keep up with her new modeling photographs and new clothing designs. Similarly, Kimberley Garner Instagram account has more than seventy-five thousand followers. She posts her new photos on it for her followers to see. Her recent news is published by the online magazine Daily Mail regularly. Kimberley Garner Daily Mail stories are something that her followers like to read.

Explore more entertainment, news and celebrity bios only on superbhub.