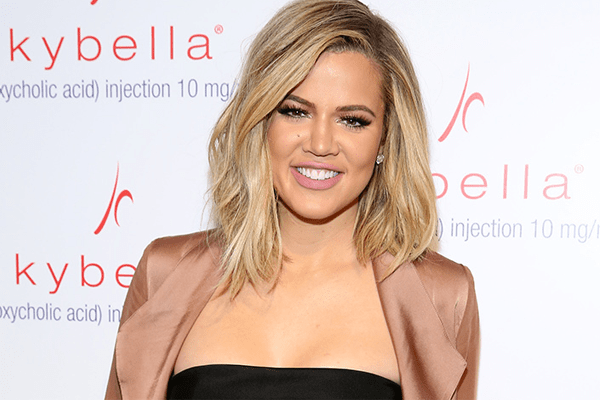 Khloe Kardashian is an American television personality. Currently, she has appeared in Revenge Body with Khloe Kardashian as a host and Keeping Up with the Kardashian starring with her sisters. Besides, she is also a model, socialite, businesswoman and an entrepreneur. Khloe Kardashian’s net worth is peaking heights with the increment in projects and performances.

Khloe started her educational career at Marymount High School located in Los Angeles. Later, she left her high school and rather prefer home-based school.  Eventually, she received General Equivalency Diploma (GED) with honors at the age of 17.

Initially, a celebrity sex tape made by Kim Kardashian and her former boyfriend Ray J in 2003, got leaked in February 2007. Ultimately, the tape contributed Kim to be noticeable. Subsequently, Kardashians got an opportunity to appear in the reality television series Keeping Up with the Kardashians.

In addition, Khloe appeared along with her mother Kris Jenner, Sister Kendall, and Kylie Jenner. The presence of Kim’s sister in the series led them to the popularity. Afterward, they achieved huge sum by recommending a product in social sites.

By May 29, 2009, Kardashian joined Miami Top 40 Mainstream outlet WHYI for four-hour talk/entertainment program. Next, she appears with a cameo appearance in the season 3 premiere of the series 90210. Successively, she appeared in Kourtney and Kim Take New York which premiered in January 2011.

Television and other venture

Earlier, the sisters were planning on releasing a book and they finally succeeded in 2010. They released a book Kardashian Konfidential in November 2010. 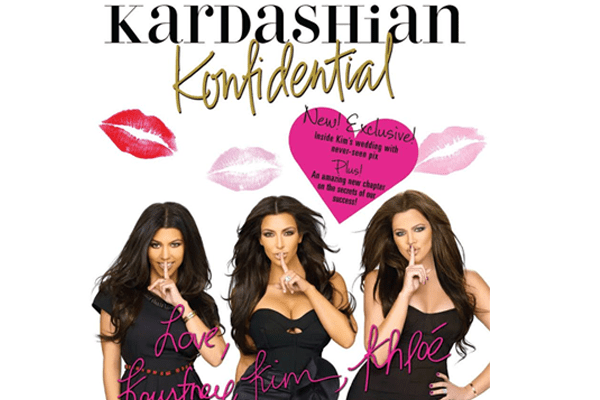 In May 2011, Kardashian and her sister made an announcement of their first novel. They stated

we wrote the novel but we haven’t named the book

And they requested the public to go out with a unique name. Among the several opinions gathered, they finally announced Dollhouse as a winning title.

Again in 2012, she and Odom released a second unisex fragrance titled Unbreakable Joy. Television personality Khloe Kardashian also involved in a radio show ‘The Mix Up with Khloe Kardashian Odom’, an hour commercial free show. The show aired on January 30, 2012.  Taking request, chat with her celebrity friends are major tasks.

After her involvement in Radio show, the Mix Up, Khloe worked as the co-host for the second season of The X Factor, an American version. The show aired on October 31, 2012. On March 26, 2014, Entertainment news announced spin-off series of Keeping Up with the Kardashians entitled Kourtney & Khloe Take the Hamptons.

The show basically themed as a variety talk show. It aired on the FYI cable channel. As of 2017, D-A-S-H which is a clothing boutique co-founded by Kardashian and her sister located in Calabasas, Miami, and SoHo has two locations in the united states.

With a lot of experience and celebrity exposure, Kardashians also introduced several products. First, they announced Idol White, teeth whitening pen, teaming up with Natural Products Association. Then in March 2010, the sister released a jewelry line and a clothing line for Bebe in December 2010.

Further, they launched another clothing line K-Dash on QVC. Progressively Kardashian marketed a fake tan product naming Kardashian Glamour Tan in 2010. She and other Kardashians member are definitely making a lot of money from their businesses.

If she continues in the industry with the same pitch, undoubtedly, Khloe Kardashian’s net worth will rise higher soon.

Kardashian, exactly after the month of meeting with Lamar at the party for Odom’s teammate Metta World Peace, married to Lamar Odom on September 27, 2009. Lamar Odom is an American retired NBA basketball player (2009 & 2010) and also a member of the Los Angeles Lakers of the subsequent year.

Following her marriage, she introduced herself as Khloe Kardashian Odom. But unfortunately, the couple filed for divorce on December 13, 2013, and signed the divorce papers on July 2015.  The divorce however finalized in December 2016.

After her divorce with Lamar Odom, she is dating Tristan Thompson since September 2016, a Professional basketball player.  The couple is sharing a common roof and residing in Cleveland, Ohio. Khloe Kardashian currently in Thanksgiving preparation revealed that she is pregnant with her present partner Tristan Thompson.

On March 4, 2007, according to People,  Khloe Kardashian was arrested under the driving influence. But she got released from the jail only after few hours due to overcrowding. In December 2011, a transgender woman sued Kardashian and other 10 people for assaulting her outside the nightclub in December 2009.

Kardashian has an average height of 5 Feet 10 Inch matching her body weight 163 lbs. She has long straight brown hair and an attractive gazel colored eyes.