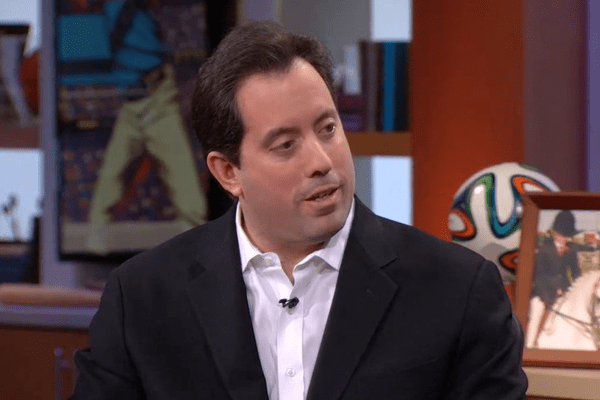 American sportscaster, Kenny Albert net worth has been accumulated from his work in Fox sports, ESPN Plus, MSG network, and NBC. Kenny Albert is known best for being the only sportscaster doing play-by-play for NFL, NBA, MLB, and NHL major professional sports leagues in US and Canada. Kenny Albert has done college football, Super Bowl, American League Division Series, Winter and Summer Olympics, and many more.

Kenny Albert is a prominent sports broadcaster who has gained wide recognition for his work on ESPNMSG, NBC, Fox, and more. Kenny Albert net worth is known to have been amassed from his work on the four major professional leagues NFL, NBA, MLB, and NHL as a sportscaster. Kenny Albert’s broadcasting career has also given him huge name and fame till date. The details of Kenny Albert wife, net worth, twitter, show, and more can be found on several social media sites that are continuously observed by his fans all round the world. Kenny Albert twitter account has details of his day to day life.

Kenny was born Kenneth “Kenny” Albert on February 2, 1968 in New York City, U.S. He was born to parents Marv Albert and Benita Oberlander. Kenny’s father Marv Albert is a prominent American sportscaster who is known best for being the ‘voice of basketball’ and ‘ the voice of New York Knicks’. His parents later got divorced in 1990s. Kenny spent most of his childhood days with his siblings, Denise Albert, Jackie Albert, and Brian Albert.

Kenny Albert was given a tape recorder by his parents to practice his broadcasting in his fifth birthday which began his interest in it. He attended New York University and graduated in 1990 with a degree in broadcasting and journalism.

Albert began his broadcasting career in 1990 as a play by play announcer for Baltimore Skipjacks. He then went on to work for Washington Capitals on Home Team Sports. In 1993, Kenny began working for NHL on ESPN2. He then worked for NHL Radio as the Lead play-by-play. In 1994 and 1995 he served NFL on Fox, and NHL on Fox. He has also been a host for NTRA on Fox. For Fox, Kenny has also appeared on Major League Baseball on Fox. Albert has done play-by-play in the 2002, 2006, 2010, and 2014 Winter Olympics as a Hockey play-by-play. In 2005, Kenny worked as a Fill-in television play-by-play for Washington Nationals. From 2005 to 2006, Albert was seen in NHL on OLN. Kenny is also noted for his work on Sugar Bowl , Broadcast Network, NHL on Versus, NHL on NBC, and more.

Kenny Albert age is 49 years. Kenny Albert age has not stopped him from working as hard as he used to before. Kenny Albert is a married man. Kenny Albert wife is Barbara Renee Wolf. The couple met through a mutual friend, Jerry Coleman who is the Baltimore Sports reporter. Kenny got married to his lovely wife Barbara in 1996. The couple has been married for twenty years. Together, the couple has two children named Amanda and Sydney Albert. There have been no rumors about extra-marital affair or divorce till date. The couple is living in New Jersey with their daughters.

Kenny Albert is yet to be awarded and honored for his exceptional career in journalism. Albert is hugely respected and recognized for his remarkable work in the field of sports journalism. He is best known to people as the only sports caster to be concurrently doing play-by-play for the four major league professional sports leagues, NFL, NBA, MLB, and NHL in United States, and Canada. Kenny was also nominated the Sports Emmy Award in 2016 for Outstanding Sports Personality, Play-by-Play.

Kenny Albert’s sports casting has gained wide attention from his audience who love and praise him. Kenny Albert twitter account has details of his triumphant career and his day to day events. The bio of the eminent and respected, Kenny Albert can be found on various social media sites like Wikipedia, Twitter, Facebook, and more.

These talented kids live out their dreams of performing on the @RadioCity stage TONIGHT at the @gardenofdreams Talent Show! #GDFTalentShow pic.twitter.com/X1G2Fw4oJN