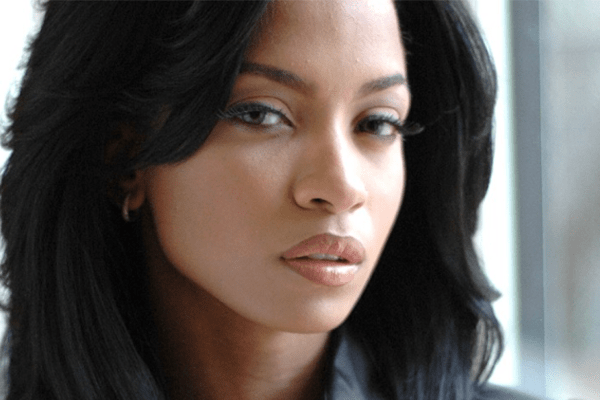 Born in a troubled family, Karrine Steffans life continues to prosper with her good and bad choices of leaving home at early age and joining music video industry.

The bold and the beautiful American model and author Karrine Steffans life is not a mere coincidence of struggle. Steffans rose up from a 13 year rape survivor to the New York Times Best Selling author by the time she reached 39. She had been through a series of disappointments until she got to work with artists like R. Kelly, LL Cool J and Mystikal. Afterwards, she shone as she decided to pen down her narratives with an aim to make people aware. She is very well known as the author of the Vixen Diaries.

Karrine Steffans was born on August 24, 1978 which makes her 38 year old by 2017. She was born in Saint Thomas, Virgin Islands in the United States of America. She moved to Florida when she was just 10 years old.

Regarding her childhood, Karrine Steffans life was not privileged. She was brought up under financial crisis. Moreover, her mother was an alcoholic while her father did not show enough of concern for her. Therefore, she suffered emotional and physical abuse. Steffans was raped when she was 13 years old. Because of the unfavorable and unsafe environment at home, Steffans ran away from home at the age of 16. She started working as a dancer for living. Her life was full of struggle from the early childhood. The homeless Steffans lived in streets for a month. However, with time, things got better. Later on, she moved to Los Angeles in 1999.

When Steffans was seventeen years old, she moved in with Kool G Rap (Nathaniel Wilson). Kool G is a rapper and the couple has a son. However, the Steffans was in a physically abusive relationship with Kool G due to which they separated. Afterwards, she married Darius McCrary in 2009 and divorced in 2011.

Career as Model and Actress

Steffans’ association with Kool G acquainted her with the Hip Hop music industry. In the wake of moving to Los Angeles, companions she had made in the business through colleagues of Kool G started to make Karrine Steffans life easier. With the acquaintances, Steffans appeared as a video model when she was 21 years old. She made her debut showing up in Jay-Z’s Hello Papi video in 1999. Additionally Steffans has worked with R. Kelly, LL Cool J and Mystikal.

Later in April 2006, Steffans appeared as a guest in The Oprah Winfrey Show where Steffans talked about how she had endured sexual abuse when she was very young. She also disclosed about how she agreed to be sexually exploited with a specific end goal i.e. to acquire work in music videos.

With Steffans getting involved in music industry, Karrine Steffans life started getting better. She appeared in an action movie A Man Apart in 2003. The movie starred Vin Diesel. After this, she modeled for Smooth magazine’s ‘Hollywood Swimsuit’ issue and was recognized with her appearance in the cover page of the magazine.

Alongside the modeling career, Steffans also took some time for her book out of her schedule. She became a popular author of Vixen series. All of her first three books  of Vixen series published 2005, 2007 and 2007 have made to The New York Times Best Seller list. The books are titled Video Vixen, The Vixen Diaries and The Vixen Manual: How to Find, Seduce and Keep the Man You Want. She dedicated her initially written book to her son. The kindhearted lady also donates some portions of the returns from the book to the Boys and Girls Club of America. Karrine Steffans life thereby is known for philanthropic works too. Another humanistic act she is involved in is addressing school girls about the unknown threats of the entertainment industry.

Her author side knocked her harder with her books breaking the top10 lists. Therefore, Karrine Steffans life became busier with writing as time passed. She now owns her own publication Steffans Publishing since 2008.

Karrine was an editor of the book Drink Fuck Sleep (Volume 1). It was distributed in July 2012. Its publisher portrays the book as a collection that comprises of essays delineating unfortunate sexual encounters wherein the utilization of liquor was included, either some time recently, amid, or after. In February 2013, How to Make Love to a Martian was distributed in Kindle form which as Steffans portrays as the narrative of her “unorthodox relationship” with rapper Lil’ Wayne.

In 2015, Steffans published Vindicated: Confessions of a Video Vixen, Ten Years Later. This is the latest book that Steffans has published for which King magazine has written foreword. More or less the Vixen series describes the struggle of Karrine Steffans life.

Net Worth and Philanthropist

The model and author Steffans has been able to achieve more than what her childhood could predict. She has a net worth of $3.5 million.

Steffans’ books merely focus on anti-objectification of women and raising awareness regarding the industries that exploit women. Moreover, she continues to give talks at Universities, nationwide. She holds a special interest in supporting Women’s Rights, Modern Day Slavery and Trafficking while The United Nations, the International Labor Organization and other organizations supports her volunteerism.

Karrine Steffans life was not easy from the beginning; however, the strong lady raised her standard to becoming one of the notable authors in the States with her books topping the Best Seller list.