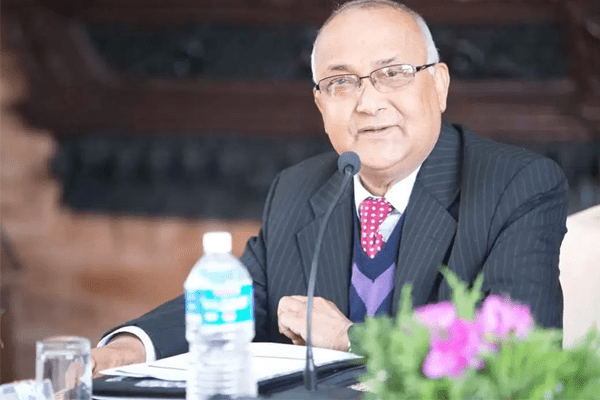 Nepal is the country of “Bir Gorkhali” who didn’t, doesn’t and won’t bow down their head in front of the opponents. They make their full effort to gain the success. Looking back to the history, Nepali Heroes poured their blood but did not stop themselves from saving the country from the rivals. Among them, Khadga Prasad Sharma Oli (commonly famous as K. P. Sharma Oli) is the one in the present date. K.P. Sharma Oli is a Nepalese politician who served as the prime minister of Nepal from October 11, 2015, to August 3, 2016. Scroll down to have a Full K.P. Sharma Oli biography.

What are the highlights of K. P. Sharma Oli as a Politician?

It is the most laborious task to monitor the whole country as per the rules and regulations, rights and duties, laws and policies, and so on. Oli is the one who is taking the responsibility of the whole country on his shoulder.

As a politician, Oli is the beholder of Communist Party of Nepal-Unified Marxist/Leninist (UML). Under the implementation of the constitutional assembly, Sharma Oli stood as the second prime minister of Nepal.

Oli is the Prime Minister proceeded by Sushil Koirala and succeeded by Puspa Kamal Dahal.

Most of the K.P Sharma Oli speeches turned out to be funny. Thus, K.P. Sharma Oli biography is distinct from others.

“I believe it’s not immoral to dream. But dream about what you can achieve. Neither, you will just remain as the comedian character among the trolls and memes.”

As we all know, our country Nepal remained among the developing country. We need a lot more to succeed. The political parties are the backbone of the economic, social, technological development of a nation. In the phase, we need result rather than speeches. K.P Sharma Oli is popular among the public for his funny lines rather than his works.

He once had been a character for various trolls and memes too.

Nevertheless, this is the bitter truth that no one is heartily devoted to the development of a nation. And our country is lacking behind because of parties lazy actions and corrupted behavior.

A political career is a reason K.P. Sharma Oli biography remained as the unique one.

She died of smallpox when he was at four. Since the date, he grew up with his grandmother named Rammaya.

Fixing self with the situation, he moved ahead and finally landed step in the political scenario.

During his early age, he was the smart kid with the sharp personality. He used to participate in every indoor and outdoor games, writing a nationalistic poem, and so on.

Later with the movement of his parents to Jhapa, he enrolled Himalaya Higher Secondary School in Damak, Jhapa at the age of 12. However Oli did not complete his education, he left school in grade nine. Later, he did his IA from jail and took BA exam of first year only. However, Oli received the doctorate from Green Ford International University.

An inspirational source from the leader Ramnath Dahal led Khadga to migrate Jhapa, in 1963 at the age of 12. But, in the meantime, Dahal was killed.

Subsequently, in 1966, Oli entered communist politics with the Marxist and Feminist Philosophies. Plus, Oli started protesting against the party-less Panchayat System.

Then in 1970, he went underground after being the member of Nepal Communist Party. The same year he got arrested by Panchayat government for the first time. In total, Oli spent 14 years in different jails of the country throughout 1973 to 1987.

In 1972 he also became the chief of the Jhapa Movement Organizing Committee following a district committee member of the party.

Successively, in 1989 K.P Oli became the central member of the political party UML and took the responsibility of Lumbini zone chief.

In 1990 the country faced the downfall of Panchayat regime following the establishment of the democratic movement. Then, he renamed as the renowned personality of the nation. In 1991, Oli became the founding chairman of Prajatantrik Rashtriya Yuwa Sangh. He stood as the collection’s publicity office boss and installed himself in the Nepali political problems.

In 1992, K.P. Oli became the Founder President of the National Democratic Youth Federation of Nepal (DNYF).

Subsequently, in 2008, K.P stood as the candidate in the 2008 Constituent Assembly election. But for the first time he lost.

Five years later, he won a Jhapa-7 seat in 2013 Constituent Assembly election representing himself as the CPN-UML candidate.

Similarly, Oli elected as leader of the party in the second Constitutional Assembly. He gained 98 to 75 against chairman Jhala Nath Khanal on February 4, 2014.

Eventually, he became the chairman of the party in July 2014.

Successively, Oli established as the Prime Minister in a parliamentary vote gaining 338 out of 597 votes on October 11, 2015.

Currently, as of 2016, he faced no-trust motion after the withdrawal of support from the Maoist-Centre, Rastriya Prajatantra Party and Madhesi Rights Forum-Democratic.

With the regular registration of a no-confidence motion from the existing coalition government by several political parties, he forced to resign the post of Prime Minister.

In an interview, he cited “I’m being punished for doing good work” as the reason for his resignation. And he also accused Nepali Congress and Maoist of planning a conspiracy against his government.

As per the recent sound electoral in 2017, there is a high chance of K.P. Sharma Oli to head the new government.

Returning from the imprisonment, he first met his soul mate Radhika Shakya, a fellow communist at party activities. K.P. Oli is married, but the exact date is not public yet. The couple has a daughter.

He seems quite secretive regarding his personal or private matter.

Currently, he is residing in Bhaktapur along with his family members.

Once, due to the sudden Meningitis occurrence, Oli was taken to Bangkok’s Bumrungrad International Hospital. Since the day he is out of the contact of any diseases.

Today, he is well actively participating in the political environment.

Thus, K.P. Sharma Oli Biography is all focused on his legislative attempt.

Currently, K.P Oli is 65 years old but is an active leader in the political environment of the present date.

Oli stands at an average height of 5 Feet 5 Inch.

To know more about K.P. Sharma Oli biography, you could visit Wikipedia and other relevant internet sources.

Apart K.P. Sharma Oli biography, you could view his speeches and interviews on YouTube.