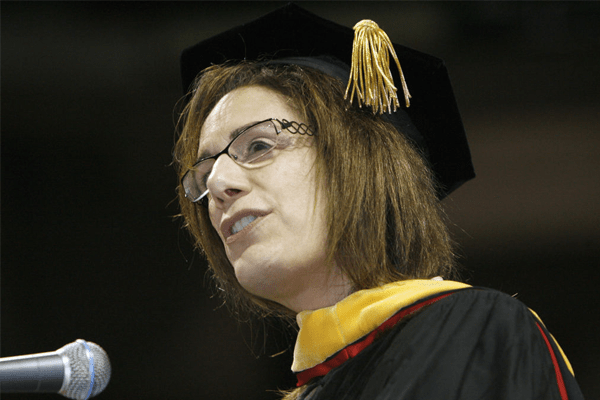 Judy Faulkner is the self made billionaire. Image Source: Pinterest.
Quick Info

An intellect can find their own way of earning. Some choose to work with other agencies, and some choose to be their own boss. Among those who became their boss includes Judy Faulkner. She is one of the most talented and prominent American businesswomen who gained wide recognition as the founder and CEO of Epic Systems.

Since 1979, Judy is withstanding the workload and generating numerous ideas for her healthcare software company located in Wisconsin. Let’s know more about this outspoken woman who also is enlisted as one of the world’s most powerful women.

Who is Judy Faulkner’s Husband?

Judy Faulkner always seemed to be a bold woman who would love to do things her way and was used to being successful. The husband of such out of ordinary woman is extraordinary as well. Judy Faulkner ‘s husband, Gordon Faulkner, is a wonderful man and a skillful pediatrician. 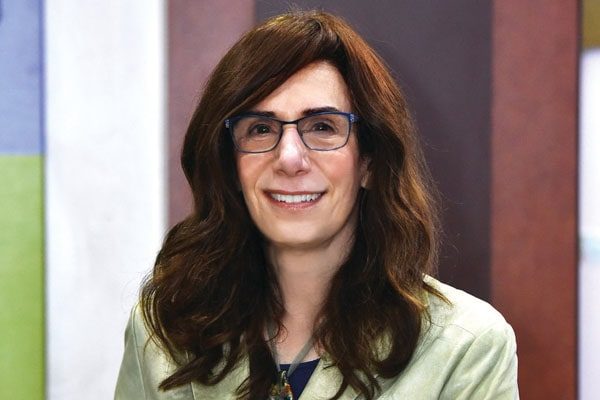 Although there’s very little to nothing about Faulkner’s husband, they have a beautiful family of their own, and their children are all grown-ups. The couple has three children, Shana Faulkner, Hamnet Faulkner, and Judith Faulkner.

Judy Faulkner’s eldest daughter is a veterinarian in Wisconsin while her younger lives in Washington and has a degree in foundation management. Likewise, her son is a former programmer in Microsoft and builds furniture in Washington state.

Let’s hope the family of five enjoys every moment of their life overcoming struggles together.

Judy Faulkner’s Net Worth and Earnings

According to Forbes 2020, the legendary,  Judy Faulkner’s net worth is a whopping $4.3 billion. The self-made billionaire ranks fourth in Forbe’s America’s Self-Made Women 2019. The hardworking woman started her journey since 1979, shortly after receiving her masters’ degree.

Judy Faulkner co-founded the Human Services Computing, with Dr. John Greist, which later became Epic Systems. The company worth billions today was built with $6,000 from her parents. Furthermore, she and a dozen colleagues and their families had invested a total of $70,000. 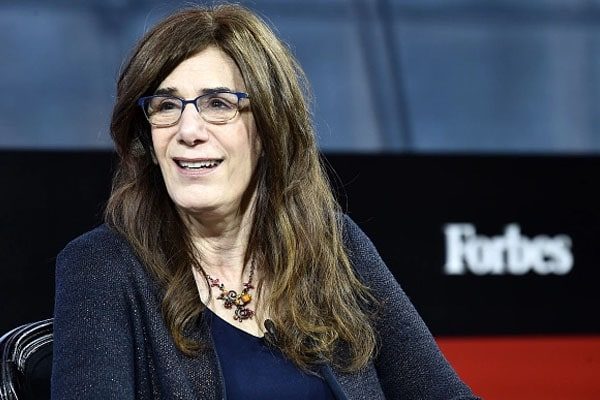 The hardworking and talented woman started her business with $6000 and built it up worth billions. Image Source: Pinterest.

Furthermore, Faulkner takes pride in what she’s been able to achieve so far. From starting a business in a shed/garage to an empire that holds more than 2 million and more patient records and employs more than 10,000 people around the globe.

Judy Faulkner and her family currently own 43% of Epic Systems, which is the result of her huge net worth. It becomes a priority to keep their lifestyle in a shell, and so did Missus Faulkner. Judy Faulkner’s house is located in Madison, Wisconsin, where she has been living with her family for the past three decades.

Epic is only growing with every passing day. Faulkner’s company has partnered with IBM Watson and Mayo Clinic. Furthermore, Epic has also managed to work with key health IT players to form the Argonaut Project. Thus, we can see Judy Faulkner ‘s main source of income is her organization/software. 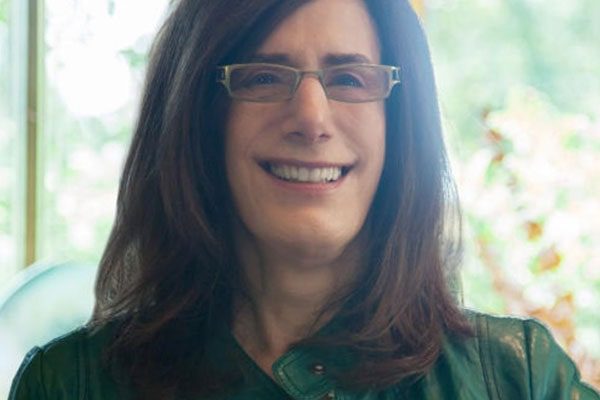 Judy Faulkner’s company is only rising up every day. Image Source: Pinterest.

Additionally, Judy Faulkner’s net worth has made her recognized as one of the world’s most powerful women. Forbes magazine also listed her in the world’s billionaires in 2016 with a net worth of US$2.4 billion. Judy Faulkner’s assets are most likely to increase with the growing success of Epic Systems, who is now developing different applications like “Bed Time” and “Care Everywhere.”

One becomes more outspoken and puts forth their thoughts in front of the world pretty swiftly. Such cases have surfaced Judy as well. With the growing career, Judy Faulkner’s name is pretty frequent in controversy. 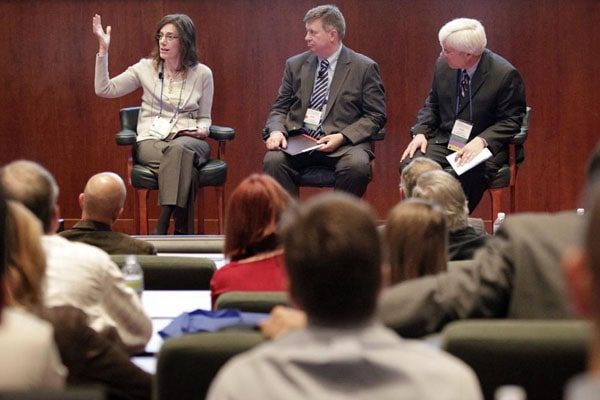 The intellectual woman does not shy away from speaking her mind. Image Source: Pinterest.

Judy Faulkner was questioned for her credibility due to her political ties with democrats. Likewise, in 2006, an employee of Kaiser Permanente accused the nonprofit Epic System of corruption and wasteful spending.

Furthermore, Judy is concerned about the privacy of the company and patients recorded in the company. She opposes the proposed rule of finding the balance between promoting transparency while preserving the patients’ private health information.

The outspoken woman sent out the email to the hospitals’ CEO to sign the letter raising concerns with the proposed rule. 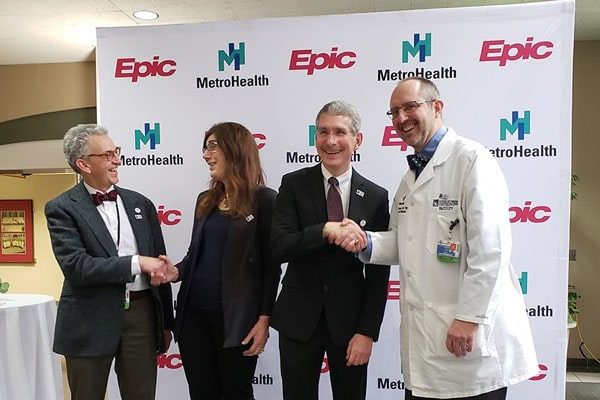 Amidst work and responsibilities, opinions barge too, and Judy is not scared to speak. Image Source: Pinterest.

Despite being involved in the controversies, Judy Faulkner is an active philanthropist. With the colossal net worth of Faulkner’s, she’d not flinch to help people in need.

Moreover, Judy Faulkner signed onto The Giving Pledge, a pledge that allows wealthy people to donate the majority of their wealth for philanthropic causes. She has pledged to donate 99 percent of her assets.

Judy Faulkner was born Judith R Faulkner in August 1943 in Madison, Wisconsin, the U.S. to  Louis Greenfield and Del Greenfield. Born as Judith “Judy” R. Faulkner, she had a pretty decent childhood. It was Faulkner’s parents who ignited her interest in health care since her father was a pharmacist. Likewise, Judy Faulkner’s mother was the director of the Oregon Physicians for Social Responsibility. 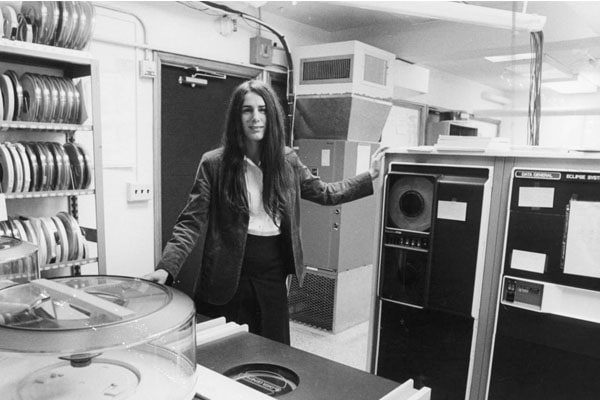 Judy grew up a nerd so her undergraduate degree is in Mathematics. Image Source: Pinterest.

Faulkner was raised in  Cherry Hill, New Jersey’s neighborhood, called Erlton. In 1991, she graduated from Moorestown Friends School and went on to receive a bachelor’s degree in mathematics from Dickinson College. Similarly, she got her master’s degree in Computer Science from the University of Wisconsin-Madison.

Immediately after her graduation, Faulkner started her own business. A computer programmer, and the CEO of the Epic System, she earned an enormous fortune and respect from the world. She is a huge inspiration for many aspiring entrepreneurs.