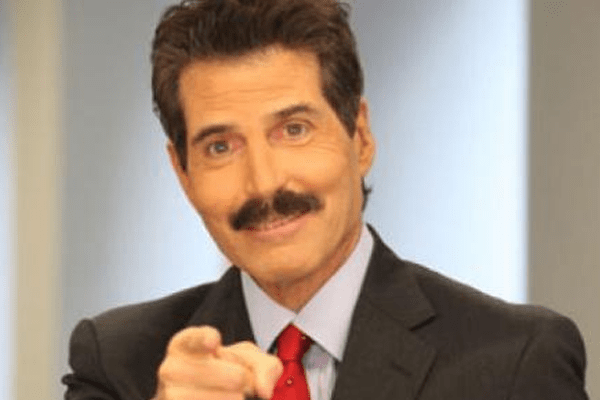 John Stossel is a renowned TV personality. He is a journalist by profession and also a successful author. John Stossel show for big channels has made him a famous personality.

John is an American consumer TV personality. He is an author and a libertarian pundit. John Stossel show on both ABC News and Fox Business Channel are mostly liked by the audience.

Stossel has also been a nationally syndicated newspaper columnist since February 2011. John Stossel cancer in his lungs was shocking as he never smokes. Stossel was diagnosed with lung cancer in 2016.

John was born in Chicago Heights, Illinois on March 6, 1947. His actual name is John Frank Stossel. He was born to the Jewish parents and is younger of the two sons. His family left Germany before Adolf Hitler rose to power.

His family joined a Congregationalist church in the United States. He was raised Protestant on Chicago’s affluent North Shore.  He was graduated from New Trier High School. He had joined after being accepted to the University of Chicago’s School of Hospital Management. Stossel is a graduate of Princeton University. He has completed his B.A. in psychology from Princeton.

In 2009, John Stossel joined Fox Business Network (FBN). He is the host of a weekly program “Stossel”. John Stossel show telecasts every Friday at 9 PM/ET. It mainly highlights the current issues of the consumer with a libertarian viewpoint. He also features regularly on Fox News Channel (FNC) with the signature analysis.

Before FBN, Stossel was a co-anchor of ABC’s primetime news magazine show, named “20/20”. In this John Stossel show, he used to provide in-depth special reports and frequent segments on a range of consumer topics, from pop culture to business and government. In his program “John Stossel specials”, he generally used to ask hard questions facing Americans today: “Sick in America” get into the discussion between government health care vs. private health care; “Stupid in America” uncovered the government school monopoly; “John Stossel Goes to Washington” exposed the government expansion under both parties, and the programme “Hype” revealed the media distortions.

John Stossel videos and his economic programs have been tailored into education kits for non-profit organizations, “Stossel in the Classroom”. American High school teachers use John Stossel videos to teach the students in public schools on economics and economic freedom. Every year, more than 12 million students view these videos. John Stossel show is always very informative and entertaining.