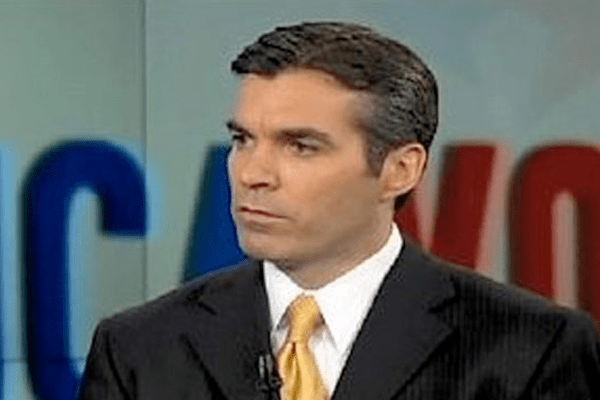 Jim Acosta is a renowned American senior White House Correspondent for CNN. In November 7, 2018 the White House suspended Acosta from entering and covering White House and presidential press conferences without any further notice.

Previously the tough reporter  Acosta covered administration of Obama from the White House and started covering the Trump administration. He serves as a substitute anchor across many CNN programs and is based in CNN’s bureau, Washington, D.C. Acosta has been covering every presidential press conferences regularly.

Jim Acosta was born on April 17, 1971 in the United States and he currently lives in Washington D.C. His full name is Abilio James Acosta and is a Cuban American.  Acosta earned his graduation from Annandale High School in 1989, Virginia. Then he went to James Madison University and earned a bachelor’s degree in Mass Communication with a minor in Political Science in 1993.

Jim Acosta’s Net Worth and Earnings

The smart and tough reporter Jim Acosta’s Net Worth  is estimated to be $3 million. Well, Acosta has been working as a Chief White House Correspondent for brand network, CNN since March 2007.

Glassdoor states every correspondent’s base salary in CNN including profit and commission sharing, Stock and Cash Bonus is estimated to be $86K-$189 K. Similarly, Paysa’s statistics reveals that a White House Correspondent earns $99,317 in an average with top earners getting paycheck of more than $129,374.

Jim Acosta’s father was a Cuban Immigrant. He came to U.S at the age of 11. His father’s hometown is Santa Maria del Rosario which is a small village outside of Havana.

Big day for Acosta family. Today my dad and I returned to his hometown outside of Havana, Cuba. His first trip back since leaving 54 yrs ago pic.twitter.com/mA3szTcfax

Acosta’s mother is also from Irish and Czech descent. He seems to be  close to his parents.

This is my mom. Her parents were of Irish and Czech descent and “assimilated” quite well. They are buried at Arlington National Cemetery. pic.twitter.com/AMpuHDUpLc

In his instagram, Jim Acosta has mentioned about meeting his sister in Virginia.

Yes, that means Jim Acosta was married and that too for 24 years. He married Sharon Mobley Stow. Acosta’s ex-wife is a registered nurse. Jim Acosta has three children from his ex- wife Stow; two daughters and a son.

After 24 years of togetherness, Jim and his wife quietly filed for divorce in early 2017. Acosta is now living a single life in Washington D.C. according to Page Six.

Some Fascinating Facts about Jim Acosta