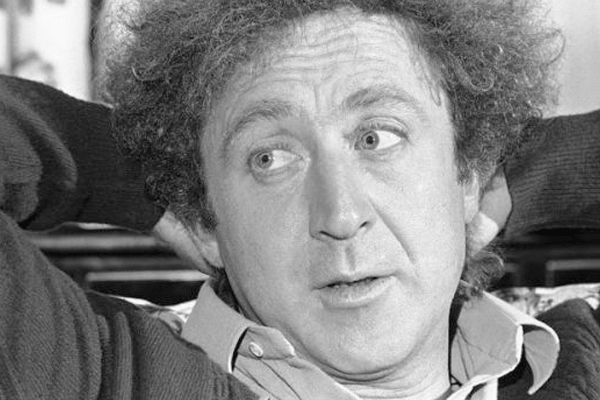 Actor/screenwriter/producer/song-writer and author Jerome Silberman movies have won him several awards which eventually raised his popularity as an outstanding actor.

Jerome Silberman was an American actor also known as producer, director, singer, author and screenwriter. The multitalented personality is mainly known for his acting and became famous as Gene Wilder in his professional career. Some of the remarkable Jerome Silberman movies are Bonnie and Clyde, The Producers, See No Evil, Hear No Evil, etc. He has received a number of award nominations for his acting. Also, he has won nominations as screenwriter for Young Frankenstein.

Silberman was born on June 11 1933 in Milwaukee, Wisconsin to parents Jeanne and William J. Silberman. William was a Russian Jewish immigrant who was a manufacturer and salesman of novelty items. Silberman is an American Jewish. When Silberman was 8 years old, his mother suffered from rheumatic fever. As a result, doctor suggested him to try and make her laugh. Since then, Silberman started getting interested in acting.

At the age of 11, his interest in acting grew even more seeing his sister studying acting and performing on stage. So, Silberman asked his sister’s teacher if could also enroll in the class. The teacher did not allow him to enroll until he turned 13. At the age of 13, Silberman enrolled in acting class where he studied acting for 2 years. Later, he changed his name to “Gene Wilder” at the age of 26.

Jeanne sent Silberman to military institute Black-Foxe for the further improvement of his acting career. However, other bullied and sexually harassed him in the institute basically because he was a Jewish. He returned back and involved in local theatres firstly appearing in Romeo and Juliet as Romeo’s servant, Balthasar.

Silberman graduated from Washington High School in 1951. Later, he studied Communication and Theatre Arts at the University of Iowa. Afterwards, he attended Bristol Old Vic Theatre School in England where he received All-School Fencing Championship in his freshman year. After six months, he returned to the U.S. and enrolled at the HB Studios.

Before Jerome Silberman movies came into existence, he served as an army for a short term recruiting in September 1956. He chose to stay near to New York City so that he could attend acting classes at HB Studies. When his mother died in 1957 due to ovarian cancer, he returned to New York and got scholarship to study at HB Studio as a full-time student. He lived on unemployment insurance, savings and later earned through odd jobs.

In the beginning of his career, Silberman worked as fencing choreographer and played Second Officer in Twelfth Night. After Actors Studio accepted him, he chose “Gene Wilder” as his stage name. There he got roles in plays Roots and The Complaisant Lover. He is the recipient of Clarence Derwent Award for Best Performance by an Actor in a Nonfeatured Role for his role in The Complaisant Lover. Before Jerome Silberman movies came up, he had made his way through lead roles in several plays like Mother Courage and Her Children (1963).

Among Jerome Silberman movies one that came up in 1960s was Bonnie and Clyde where he got a minor role. He later became the cast for The Producers for which Silberman received nomination for Academy Award for Best Supporting Actor. Silberman got lead role in Start the Revolution Without Me and Charlie and the Chocolate Factory in 1970s. Jerome Silberman movies during the same decade include Everything You Always Wanted to Know About Sex which became a hit grossing $18 million.

Silberman made his last feature film appearance in Another You (1991) with Pryor after he appeared in 1990 film Funny About Love. These last movies did not turn into financial success.

Later Silberman continued to appear in movies and as guest in TV shows. After Jerome Silberman movies acting came to halt, he starred in NBC sitcom Something Wilder in 1994, Alice in Wonderland, Murder in a Small Town and The Lady in Question. He also guest starred in Will & Grace which won him Primetime Emmy Award for Outstanding Guest Actor on a comedy Series. This also marks Silberman’s end of acting career. He then started to focus on creative works like writing novels, stories and painting.

Apart from Jerome Silberman movies gaining fame, his books have also gained him reputation. Silberman released his personal memoir Kiss Me Like a Stranger: My Search for Love and Art in 2005. The memoir consists of his lifestory from his birth to his wife’s death. A couple of years later, he released My French Whore—the novel that depicts World War I theme. His second novel entitled The Woman Who Wouldn’t came up in 2008 while his third novel entitled Something to Remember You By: A Perilous Romance was out in 2013. He is the writer of What Is This Thing Called Love?—a collection of stories released in 2010.

Soon after, Silberman started working in the script of Young Frankenstein. Alongside script writing, he earned fame and net worth as he got role in film The Little Prince and Blazing Saddles. Silberman received Oscars Best Adapted Screenplay nominations after Young Frankenstein’s success. He has also written script for film Super Chef. While filming Silver Streak, Silberman wrote, directed and produced The World’s Greatest Lover; however, it ended up as failure.

Jerome Silberman movies do not include him as actor alone, but also as a director. He made a directional debut in 1975’s The Adventure of Sherlock Holmes’ Smarter Brother.

Jerome Silberman married Mary Mercier on July 22, 1960. They met while studying in HB Studios. However, they divorced after 5 years of marriage. A few months later, Silberman married Mary Joan Schutz, his sister’s friend, on October 27, 1967 after dating for a couple of years. He adopted Katharine, Schutz’s daughter the same year. But they separated after 7 years of marriage because Katharine suspected Jerome Silberman was having an affair with Madeline Kahn.

Later, Silberman dated Teri Garr for a short time. His later got into relationship with Gilda Radner who divorced her husband and moved on with Silberman. Radner and Silberman married in 1984 but the couple could not have children because Radner suffered from ovarian cancer. After fighting against cancer for several years, Radner died on May 20, 1989.

After his wife’s death due to cancer, Silberman became active in raising awareness against cancer and its treatment. He even founded Gilda’s Club with an aim to support group and raise cancer awareness. It begun from New York and Spread throughout the country.

Net Worth and Death

Jerome Silberman movies, acting, authorship and directional talent earned him fame, experience and immense success. Besides all, Jerome Silberman net worth rose to $20 million throughout his lifetime career.

The successful and remarkable personality died on August 29, 2016 at his home in Stamford, Connecticut. He was suffering from Alzheimer’s disease since three years prior to his death at the age of 83.  According to his family members, he died listening to one of his favorite songs “Over the Rainbow” by Ella Fitzgerald.