Jane Fonda Movies, Awards, Husband and Relationship and Net Worth 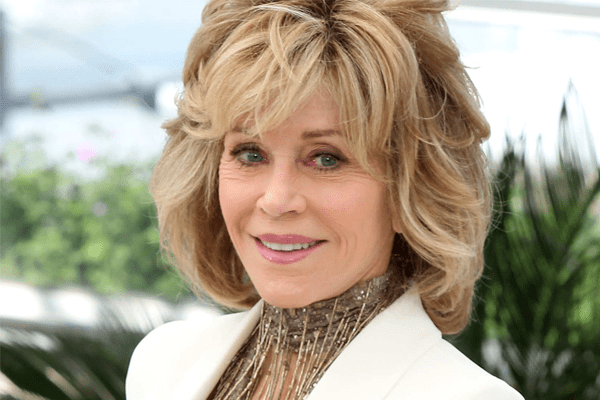 The American actress and activist Jane Fonda was born as a daughter of legendary actor Henry Fonda and socialite Frances Seymour Brokaw. Born in the family with big screen influence, she soon showed her inclination towards her father’s footsteps. Consequently, Jane Fonda movies succeeded bringing her into limelight as an actress.

Jane Fonda was born on December 21, 1937 in New York City as Lady Jayne Seymour Fonda. Her father, Henry Fonda, is a high ranking actor of 20th Century while her mother, Frances Seymour Brokaw, was a socialite. Fonda is an American actress while her ancestry includes Dustch, English, Scottish, French, Italian and Norwegian.

She has a whole background of Hollywood and it was certain that she would definitely be a successful actress. Her brother Peter and niece Bridget were successful actors too which demonstrate that comes from the background that had roots spread in Hollywood.

Before Jane Fonda movies underwent tremendous successes, she endured a difficult childhood. Raised by a single parent, her father would sometimes neglect her wellbeing after her mother committed suicide when Jane was 12 years old. Her father named her mother’s death as illness instead of suicide and kept it secret. But,  she learned about it in a movie magazine in her art class.

Soon after, Fonda struggled with eating disorder for 25 years when she was 13 years old.  Later, she joined a Emma Willard School in Troy, New York. Then after, she was enrolled in Vassar College in Poughkeepsie, New York which she left to study art in Paris. Lara Parker was Fonda’s roommate during her college days.

After her stay in Paris, she returned to New York and started off with modeling. During her time modeling, she appeared in Vogue magazine cover twice. However, she did not continue it for a long time as she decided to get into big screen. Fonda appeared as a co-star in opposition to her father, Henry Fonda, in 1954. To give continuity to what she had started, she studied craft with Lee Strasberg at Actors Studio.

The debut Jane Fonda movies was Tall Story that came up in 1960 where she starred against Anthony Perkins. A couple of years later, Fonda starred in the romantic comedy The Chapman Report directed by George Cukor. For the Broadway Production movie Invitation to a March, she appeared as a co-star of Celeste Holm.

In 1960s, Jane Fonda movies presented her as sex kitten under the direction of her French husband and a filmmaker Roger Vadim. This look of Fonda was vivid in a science fiction movie Barbell.

However, Jane Fonda rather got involved in serious and dramatic roles as the time passed. Jane Fonda movies with her serious roles had a positive impact on her acting career getting her Academy Award nominations. Subsequently, she took home her first Academy Award for Alan J. Pakula’s thriller Klute.

Jane Fonda movies not only won hearts of her fans, but they also gathered her awards. She was nominated Tony Awards for the movie There was a Little Girl. Empire magazine enlisted Fonda’s name under the list of 100 Sexiest Star, where her rank was 21 in 1995. Moreover, Empire magazine again listed her in number 83 as “The Top 100 Movie Stars of All Time” in 1997.

Noted as 51st greatest star of all time and 32nd Greatest Movie Star of All Time (by Stars in our Constellation, 2005), Jane Fonda movies achieved more of the awards. She won Oscar for leading roles for Klute and Coming Home in the year 1982. In the same year, her father won Oscar for best actor leading role.

Later in 2015, Fonda was nominated in Golden Globe nomination for supporting actress in a comedy drama Youth.

Fonda made a controversial travel to North Vietnam in 1972. Eventually, the controversy rose higher when her photos sitting on an antiaircraft gun (used to shoot American troops) published. In addition, Fonda became the spokesperson for women’s rights and fought for social causes.

Her performances in big screen did not decline with her activism knocking hard. Instead, she won her second Academy Award for Vietnam War drama in the year 1978. The drama was titled Coming Home in which she appeared with Jon Voight.

One after another, Fonda kept getting great roles. To mention, she got a significant role in On Golden Pond in 1982 with her father Henry. Katharine Hepburn played the role of Fonda’s mother. Henry won his one and only Academy Award as best actor for this movie.

This time round, Fonda delved into health related awareness. So, she made a series of successful aerobic-exercise videos.

Jane Fonda movies did not only bring her to limelight in 60s and 70s. She recently made big screen appearance with Jennifer Lopez and Michael Vartan in the movie Monster-in-Law (2005). Fonda appeared in movie after 15 long years of staying away from the big screen.

Similarly, she published an autobiography My Life So Far in 2005 after which she got some more roles in films. She played title character with Lindsay Lohan in Georgia Rule (2007).

Anon, she played the character Nancy Reagan in The Butler in 2013. Besides, she appeared with Tina Fey and Jason Bateman in a comedy This is Where I Leave You.

Apart from Jane Fonda movies, there are series and TV show in which Fonda has appeared. Fonda landed a role in a dramatic series The Newsroom in 2012. Lily Tomlin, Fonda’s longtime friend, and Fonda showed off in a series Grace and Frankie in 2015.

Fonda married thrice and all her marriages ended up with divorce. She married Robert Vadim from 1965 to 1973 with whom she has a daughter, Venessa Vadim (1968). Soon after, she married Tom Hayden. Hayden is an activist and a politician. The couple has a son, Troy Garity (1973).

The activist couple adopted an African-American girl, Mary Williams when Troy was a teenager. Williams has written a memoir The Lost Daughter in 2013 about her life with Fonda.

After seventeen years of marrying Hayden, the couple divorced in 1990. Soon after, Fonda met Ted Turner and fell in love with him. Then, she married Turner in 1991 for a decade until they divorced in 2001. The reason for last divorce could be Fonda’s newfound faith in Christianity. Currently, Fonda is dating Richard Perry— music producer.

The celebrated legend has rooted her acting career very well. With talent and hard work, Jane Fonda has been able to establish herself as a rich celebrity. The recent calculation marks her net worth to be $120 million.

Jane Fonda movies has earned enough of success like Jane has in her acting career. The Oscar, Academy award winner actress was destined to be a hit as she got influenced by her father’s career. Retired in 1991 and emerged in big screen again after 15 years, Jane kept her eyes for social injustices.

Ellen Blakely (mother of Sara Blakely founder of SPANX in blue) and her friend Connie in my little gym on the stage of #GraceandFrankie set pic.twitter.com/uXRwCH9ZYg