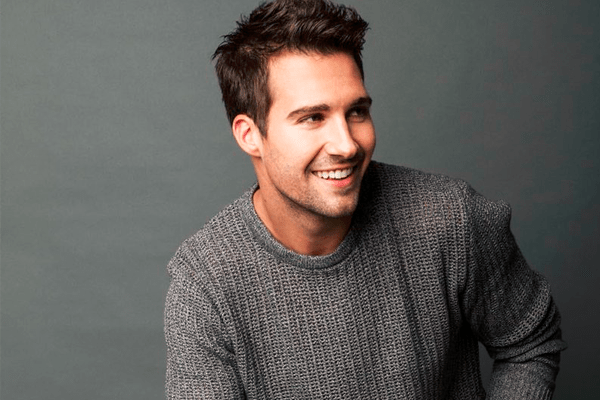 James Maslow Big Time Rush Star is American actor and singer is a fourth placed contestant on the eighteenth season of Dancing with the Stars in 2014. He is with a net worth of $6 million.

James Maslow Big Time Rush Star is James Diamond of the Nickelodeon’s show of the same. James Maslow is a band member of the boy band of the same name Big Time Rush. Maslow is Kevin Mohr of the Sony Crackle original series Sequestered. He is also fourth place reaching contestant of eighteenth season of 2014 Dancing with the Stars. Maslow is the singer of songs like “Boyfriend” “Love Somebody” and “Cheerleader”. He even wrote the song “Elevate” and co-wrote the song “Music Sounds Better With U”.

James David Maslow Burge was born on July 16, 1990, in New York City, New York. He is a son of Catholic mother Cathy Burge and a Jewish father Mike Maslow. Maslow was raised as a Jew with him attending Hebrew school six days a week as a child and celebrating his Bar Mitzvah. This aspires himself to be a religious and spiritual person. Maslow has an older brother Philip Maslow and a half-sister with name Ali Thom.

James is an early trained singer at San Diego Children’s Choir at an age of six. He earned his elementary education at La Jolla and Torrey Pines elementary schools, Muirlands Middle School. At the same time attends San Diego School of Creative and Performing Arts. James had an early acting role in the San Diego Opera’s production of La Boheme at age of 10 years old. At an early age of 14, he had an agent with a participation of acting camp. The same period he took a role of Marius in a production of Les Miserables.

The sophomore year of James’s High School ends in Coronado School of the Arts (CoSA) with a switch from San Diego School of Creative and Performing Arts (SDSCPA) in the middle. James Maslow Big Time Rush star finishes his graduation from CoSA in 2007 with a specialization in the musical theatre department.

James Maslow Big Time Rush began as a pop singing group while performing in concerts in 2009. The band members were Kendall Schmidt, Carlos Pena, Jr., and Logan Henderson all on vocals with Maslow as one of the lead vocalists.

Two years before forming the band, a cast of Nickelodeon sitcom was vacant and Maslow sent his audio tape. James earns the role of James Diamond two years later. Maslow’s TV debut, however, was an episode of iCarly “iSaw Him First” in the role of Shane. During a performance for a hockey scene, he gets injuries doing a stunt and gets a scar on his elbow. The scene was for the first episode of B.T.R.

Maslow with a debut in 2008 iCarly of Nickelodeon appears in shows like urFRENZ in 2009 as Brandon. An album of original songs from the first season plus some others releases on October 11, 2010, with a title B.T.R. (Big Time Rush). James Maslow Big Time Rush album sell more than 67,000 copies in its first week and a gold certification is awarded to the album by the RIAA five months later in 2011 March.

James Maslow Big Time Rush band releases its second album “Elevate” after seven months. The album sells more than 70,000 copies in its first week. James Maslow and his band members co-wrote 8 out of the 12 songs. The UK version of the album also releases with a bonus track “Epic” co-written by Maslow.

A year later on June 11, James Maslow Big Time Rush released their third album 24/Seven. For the promotion of the album, they tour along with Victoria Justice with a name the Summer Break Tour. The tour was of about three months between June and August in 2013.

In 2014, Maslow does a cover feature of FitnessRx Magazine’s July issue. The same year James Maslow Big Time Rush star gets a TV film role of Bart Foxworth in Seeds of Yesterday.

In the period of 2013, Maslow gives surprise to his youtube fans by asking a request for the cover songs after a year break. His debut cover song on youtube is on publish sometimes after he registered his channel in 2009. In 2014, he published his first cover of Zedd’s song “Clarity” as promised fulfilment of the request on the channel. The viewer counts of the song reach over 4 million by 2017. His latest live cover posted on May reaches over 100 thousand views on August 2017.

On 2014 March 4, an announcement by the Maslow to take part in the 18th season of Dancing with the Stars happens. Maslow with his dashing dancing skills makes it to finals but he finishes fourth. This did not stop him to dance “in a landslide” as chosen one for the season finale.

Maslow is a nominee of 2014 Young Hollywood Awards for the hottest body. The same years he gets a nomination for VH1 Do Something! ‘Celebs Gone Good Awards’. He is again a nominee of Australian Kids Choice Awards in 2010 and 2011. Maslow has much more to win for the coming years.

Guys if u have 10 seconds of free time click the link and vote for my boy Connor Baxter!!! (top right) Thanks?https://t.co/kauoUxgsbQ