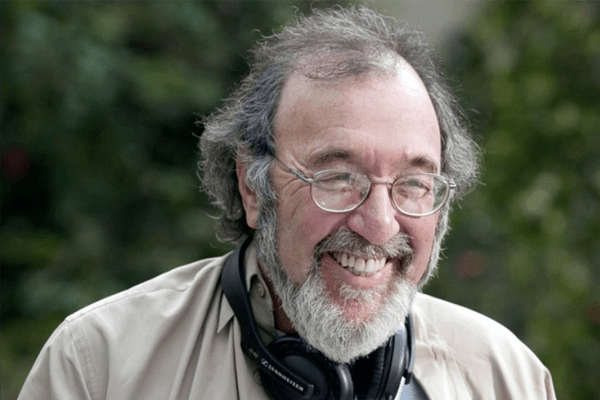 James L. Brooks, American movie director, is especially popular for his classic TV shows and directorial debut. Behind directing he is further involved as a producer and screenwriter. Despite of his hard situation, ups-downs, he keep moving and hence James Brooks passion or dedication leads the Hollywood story to the new path or new level.

James Lawrence Brooks, born on May 9, 1940, has won Oscars for a single film as a Best Picture, Best Director and Best Screenplay among professional personality. In the history so far he is the one who is awarded with 19 Primetime Emmy Awards. The details of the movie lists which got nominated and awarded are discussed below.

James Lawrence Brooks was raised and grown up in Brooklyn, New York, by his parents. His parents were Father Edward Brooks, Mother Dorothy Brooks and an older sister named Dianne Brooks. Both of the parents are supposed to be engaged in selling as a salesperson. In another word, that was their profession and the source of income.

When James was 12, his father had left him or his mother and unfortunately he lost her mother when he was 22 and then he was look after by her sister. His life seems to be more tough and miserable.

Despite of numerous number of obstacles, everyone dreams of reaching at the top position in a near future along with their fame and respect and James is one of them. In the definite course of time, the struggle he was doing, in order to chase his dream or say his passion, leads him to the scope of Hollywood as a renowned director. Eventually, James has been able to successfully achieve his goals with love and support of millions people.

Back to his early age he started his academic or educational career from Weehawken High School and later got enrolled to New York University in 1958 but dropped without completing his graduation. He was interested in reading scripted works rather than his text book. Brooks wasn’t interested in his study but then he used to be appeared on his high school newspaper and constantly appear in interviews with celebrities.

Initially James, being involved in CBS News, began his career as a professional writer in 1964. As per the request David Wolper he then went to Los Angeles, California with an intention to grab a wider scope.

James then worked there on documentaries but due to some problem in budget he got apart from David.

After being capable of standing on his own feet he landed on television as a genre of comedy. He had his content on Men in Crisis (1965), My Mother the Car (1966), That Girl (1966-1967), was nominated as Writers Guild of America Award for Television, The Mary Tyler Moore Show (1970-1977), as an executive, producer, script consultant and a writer, was nominated for Primetime Emmy Award for Outstanding Writing for a Comedy Series and many more, What about Joan (2001) as a producer along with 21 episodes and so on.

Brooks broaden his area of passion and got involved in films as a producer, writer, director, executive producer, Co-producer. Some of them are: Starting Over (1979), Terms of Endearment (1983), received Academy Award for Best Director, for Best Writing, for Best Picture, Directors Guild of America Award for outstanding Directing, Golden Globe Award for best screenplay and many more, Jerry Maguire (1996), As Good as It Gets (1997), The Simpsons Movie (2007), nominated for Saturn Award for Best Animated Film, The Edge of Seventeen (2016) and so on.

Brooks was married two times. His first wife was Marianne Catherine Morrissey on 7 July, 1964 and got apart on 1972.They had one daughter named Amy Lorraine Brooks. Similarly, his second wife was Holly Holmberg Brooks who is producer, writer, and actress by her profession. The couple bonded in a relationship on 23 July, 1978 and divorced after a short duration of togetherness i.e. on 1999. The couple had 3children, among them one is daughter named Chloe Brooks and two sons named Cooper and Joseph Brooks.

Net worth and contributions

James L. Brooks has a net worth of $500 million as of 2012. Being involved in Alpha Epsilon Pi fraternity and has donated over $175,000 to Democratic Party candidates. It was quite tough subject for him to enter in the filmy world but now it is almost impossible to be back. His profession is the ultimate source of his income.

Thus, through his life the most important message we could have is whatever the situation be just move ahead without any hesitation or fear and chase your passion then luck automatically is going to be in your favor as well.