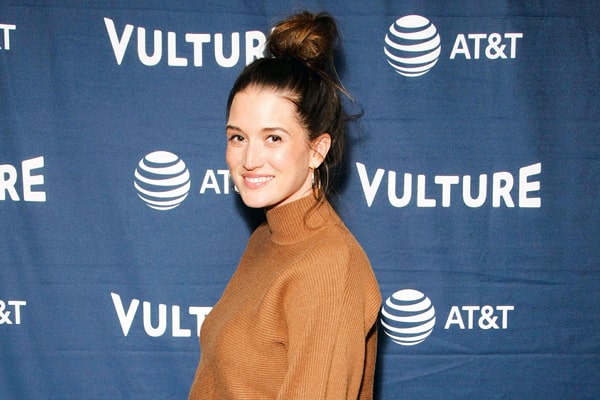 An avid watcher of Bachelor Franchise would already know who Jade Roper, aka Jade Roper Tolbert, is. But, if you are unaware of the identity, let’s get right in and talk about Jade Roper, who left her friends, family, and job and dived into the world of Bachelors in the hope of finding love.

Who Is Jade Roper’s Husband?

Aforementioned, Jade Roper left her home, her job and everything in search of true love in season 2 of Bachelor In Paradise. Jade Roper’s husband, Tanner Tolbert, met her in the show and fell in love in the set of the Bachelors. That means, the couple has been together since 2015 and have remained steady partners ever since. 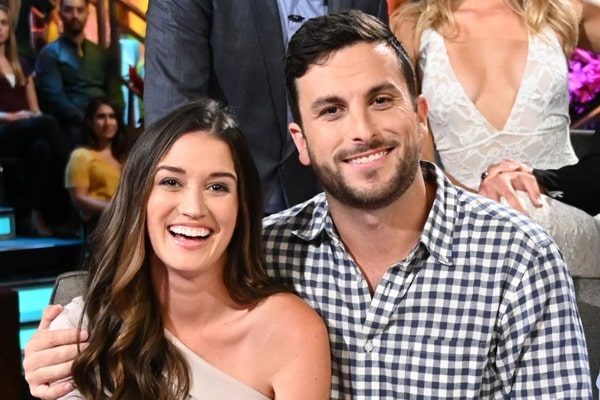 The happy couple has been together since 2015 and is still happily married. Image Source: Pinterest.

Furthermore, Roper’s partner proposed to her at the end of the show. Tanner Tolbert popped the big question in the season’s finale, and there was no way Roper would deny. They wedded at St. Regis Monarch Beach in California.

Tanner Tolbert’s wife explained that the ceremony blew her mind on her big day. She further told that the event was exactly the way she had thought it to be.

Ever since the pair’s conjugal, they have been together in bliss and deeply devoted to one another. Jade and Tanner Tolbert’s nuptial resulted in two beautiful babies, Emerson Avery Tolbert and Brooks Easton Tolbert. Jade Roper welcomed her firstborn a month before her due date on August 17, 2017, and the second born was in July of 2019.

According to USA Today, season 19, Bachelor contestant, Jade Roper Tolbert, fired back at followers who would comment about her daughter, Emmy. Jade Tolbert shared a screenshot of one of the messages which indicated Emmy was “kind of showing signs of autism.”

Mrs. Tolbert responded politely and corrected them that those messages were not okay to send to people via Instagram. She further wrote that it was not okay to say that her daughter would need speech therapy and many more. She was pissed off by these comments and strongly reminded them that she is her parent and is monitoring Emmy’s development.

A similar case repeated yet again when an Instagrammer decided to call Jade Roper’s daughter an idiot. Jade chose to convey the message through Instagram stories and replied that the Instagram user meant that the daughter was brilliant, smart, caring, radiant, and beautiful in her way.

Jade previously told that she blocks everyone who’d send her “sick” messages. She further said that she would protect her little girl until the end of the world.

What Is Jade Roper’s Net Worth?

Bachelor in Paradise alum, Jade Roper has made a significant name in the reality television shows since her first appearance in 2015. Jade Roper’s net worth is pretty much under shade. However, prior to her fame in reality tv shows, she worked as a pastry chef in Las Vegas and owned her own business in Omaha.

Furthermore, Jade Roper also worked as a business manager for Altruistic Cosmetics. Besides, she also worked in a hospital as a phlebotomist. Therefore, Jade Roper Tolbert’s net worth was pretty promising even before her fame. After her entry in the show, Roper’s fortune must have made a significant turn and amassed pretty much a million from the sponsored posts alone alongside her husband, Tanner Tolbert.

According to Mrs. Tolbert’s IMDb, her credits include Bachelor in Paradise, The Bachelor, Marriage Boot Camp: Reality Stars, Go Small, Live Big, Bachelor Live, and many more. Therefore, she must have amassed a considerable number in her bank account.

Furthermore, now that Jade Tolbert has earned a ton, she lives in a mansion with her husband and two children. Besides the reality show, she makes millions from Instagram ads alone. Therefore, to cash on a $1.6 million house in California sounds like a great deal. The couple uploaded a house tour video on their YouTube channel, and that looks pretty grand.

The couple listed their Stilwell, KS home for a million before moving to California. Besides Tolbert’s shows, she also earns as Nutrisystem social media ambassadors. Therefore, Jade Roper Tolbert’s net worth is possibly flooding at the time.

Who Are Jade Roper Tolbert’s Parents?

The famous reality tv actress, Jade Tolbert, was born on December 19, 1986, in Denver, Colorado, the USA as Jade Elizabeth Roper. Jade Tolbert’s parents are leading a very low key life away from the limelight. Born to Laren Roper and Kim Roper, once Jade opened up about her relationship with her parents.

Jade Roper’s mother, Kim Roper, was tough to be with while she was growing up. Well, Jade was emotionally and verbally abused and said that no man would date her. Furthermore, Roper Tolbert’s mother also made sure she would feel as if she wasn’t worthy of love and would repeat this every day before she went to school.

Adding to Roper’s horror, her father, Laren Roper, would remain silent even after witnessing everything and never intervened. She further revealed that she grew up to hate herself and became depressed. Jade Roper grew up on a farm in Nebraska, along with her two younger siblings. While recalling her troubled past, she confronted that she was arrested multiple times for possession of drinks as minor, two counts of theft, shoplifting, etc.

Roper graduated from Gering High School in 2005 and went on to Western Nebraska Community College and graduated in 2008. Moreover, she earned a culinary arts degree for patisserie and baking from Le Cordon Bleu. Despite her troubled past, Jade Roper Tolbert is living in harmony, leaving behind her sadness.

Let’s hope Jade continues to live in peace and prosperity until she rests for eternity.