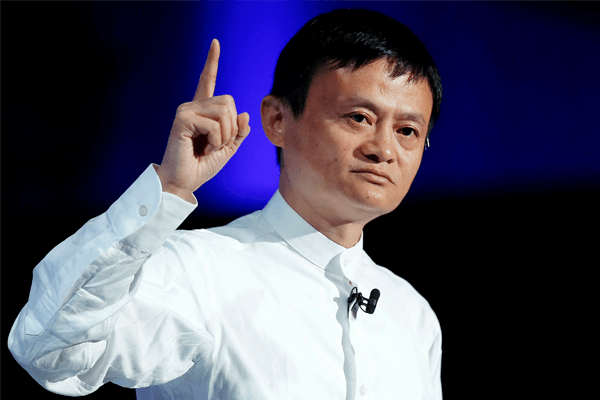 Jack Ma is a prominent Chinese business mogul who has found wide success and recognition through his Internet-based business, Alibaba Group. Jack Ma net worth is known to have been growing rapidly per day the success of Alibaba Group Holding Ltd. Jack Ma Quotes and speeches have been inspiring the aspiring business minds.

Jack Ma, the distinguished Chinese business leader known as the man behind the largest IPO throughout history through his venture Alibaba Groups. Jack Ma net worth has been growing at the staggering rate and as of June 2017 has made him the 14th wealthiest person in the world. Jack Ma story of success, wife, quotes, net worth details can be found on the social media sites.

Jack Ma took four years to pass the Chinese entrance exams. He went on to attend Hangzhou Teacher’s Institute from where he graduated with a B.A. degree in English in 1988. He then graduated from Beijing-based Cheung Kong Graduate School of Business (CKGSB) in 2006.

Jack Ma experienced failure in the beginning of his professional career. He applied for 30 different jobs including those in police and KFC in all of which he was rejected. Jack Ma who has been pen about his failures also revealed that he had applied for Harvard 10 times and got rejected in all of them. In the 1980s, Jack began working as a teacher.

Jack Ma was introduced to the internet in 1994 and a year later he went to U.S. to learn more about it through his friends. Eventually, Jack and his friends went on to form a website related to China which he later called “ugly”. Jack already received emails from a Chinese man wanting to know him which made Jack realize the possibilities of internet.

Jack accumulated SD 20000 to start his company, China Yellow Pages dedicated to creating a website for various companies in China. Jack worked as a head of an information technology company established by the China International Electronic Commerce Center for a year.

In 1999, Jack quit his job and found a China-based business-to-business marketplace site, Alibaba in his one room apartment along with his 17 friends from whom he had borrowed $60000. In September 2014, Alibaba went on to open its initial public offering (IPO) which is the world’s biggest IPO till date.

Alibaba’s principle has been “customer first, employees second, shareholders third” so he did not ring the bell at the NYSE but allowed 8 of his customers to do so. Alibaba went on to score $25 million foreign venture capital investment in January 2000. Eventually, Jack expanded the global e-commerce system by establishing Taobao Marketplace, Alipay, Ali Mama, and Lynux. At present, Alibaba’s biggest shopping site is Taobao where products are being sold by more than 7 million merchants. Jack Ma is currently the executive chairman of Alibaba Group. The Alibaba Group has Taobao Marketplace, Tmall, eTao, Alibaba Cloud Computing, Alibaba.com, 1688.com, AliExpress.com and Alipay as its major subsidiaries. Jack owns 7.8% of the Alibaba Group.

Jack Ma is a married man. Jack Ma wife is Zhang Ying. Jack Ma wife has been a huge support to him throughout his career. The couple went on to meet at Hangzhou Normal University. Together the couple has a son and a daughter. Jack owns his pet dog, Apollo which is an Alsatian.

Jack Ma earned his fluency in English by taking a 40-minute long bike ride to the Hangzhou hotel and conversing with the English speakers there. He would give them free tours to learn English from the.

Jack’s professional name came into existence after one of these pen pal foreigners of his started calling him “Jack” due to the difficulty in pronouncing his birth name.

When KFC was opened in his city, Jack Ma applied for a job there along with 23 other applicants. All the 23 applicants were accepted except Jack.

Jack got his first computer at the age of 33. Jack Ma’s first search on the internet was the word “beer”. He then searched General information about China but found none.

Jack Ma was held at gun point while in L.A. to collect a debt for a friend. He fled to Seattle from LA by buying air tickets from the money he had won from slot machines.

The first time Jack connected to the web he called his friends and relatives over and apparently “waited three and a half hours” for half a page.

Jack thought of the name Alibaba in a coffee shop in San Francisco and the name relates to the old tale of “Open Sesame” which implies to his business opening up to new opportunities.

Ma has been learning Chinese martial arts named Chen-style Tai Chi Chuan with his martial arts master and teacher, Wang Xian. Wang along with Ma also give regular classes of Tai Chi at Alibaba which is mandatory for all employees.

For inspiration, Jack Ma visits his old apartment where he first began his company.

Jack Ma story of his battle against all odds to become a world business leader has been highly respected by aspiring business masterminds. Jack Ma quotes have been very much famous. About failure, Jack Ma quotes, “If you don’t give up, you still have a chance. Giving up is the biggest failure”. About internet, Jack  quoted, “Without internet, there would have been no Alibaba or Taobao and no Jack Ma”. About money Jack Ma quotes, “When we have money, we begin making mistakes.” Jack Ma’s story has inspired a lot of people to work hard to achieving their dreams even through failure. He gives out motivational speeches in Universities like Harvard, Pennsylvania, Peking, and more.

Jack Ma has also sworn off shark fin soup after it received wide criticism. Jack Ma is the first Chinese citizen to serve on The Nature Conservancy’s board and is working as a chairman of its China Program. Ma also announced that Alibaba Group’s 0.3% of annual revenue would be dedicated to the environment.

Jack Ma has been hugely respected in the field of e-commerce and has been appreciated and recognized many times. Jack Ma has been named Young Global Leader by World Economic Forum, Businessperson of the Year by Businessweek, and more. He has been honored with the Entrepreneur of the Year Award given by Asian Award. Also, Jack Ma has been listed in World’s 50 Greatest Leaders list of Fortune, 0th most powerful person in the world in Forbes 2014 issue, world’s 100 most powerful people in Time magazines May 2009 issue, World’s Best CEOs by Barron, Top 10 Most Respected Entrepreneurs in China by Forbes China in 2009, and more. He has also been honored with CCTV Economic Person of the Year: Business Leaders of the Decade Award in 2009.