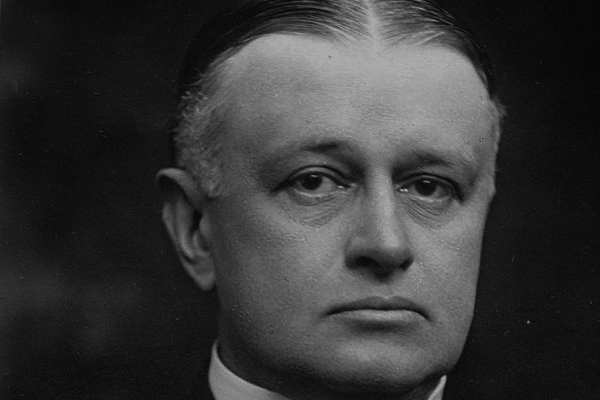 An American Businessman Irving Bush was the founder of Bush Terminal Company and the head of great transportation base in South Brooklyn. Irving was responsible for the construction of the massive Bush Terminal transportation, manufacturing, and warehousing in Sunset Park, New York City.

President Bush, despite his growing age, kept on working for Bush Terminal Company up to his death on October 21, 1948.  He left the world at the age of 79 in New York city at St.Luke’s hospital suffering from Alzheimer’s disease.

Irving T. Bush was born on July 12, 1869, in Ridgeway, Lenawee County, Michigan, the U.S. to father Rufus T. Bush and mother Sarah Hall Bush. His father was the wealthiest entrepreneur and industrialist, oil refinery owner of Bush & Denslow company and a yachtsman.

The company was later bought by the Standard Oil during the 1880s. Following his retirement, he had a large and luxurious sailing yacht. During the year, he also had put forth $10,000 challenge against other yachts for a transatlantic race.

On September 15, 1890, his father died accidentally after taking a fatal dose of aconite. He left the son Irving and wife with real estate of $2 million.

A graduate of NYU Law school Bush could have sold the property for having cash on hand. He saved the property and yeah used the fortune to make up to Bush Terminal the following year.

After the traumatic incident, Irving joined the Standard Oil as the clerk and eventually set up a gigantic warehouse and shipping complex Bush Terminal aside his father’s Brooklyn oil refinery.

The company was the unique and the first industrial complex in New York and the largest multiple-tenant industrial park in the country. That was his initial personal success. Later in 1902, he went ahead with the complex.

The company with 200 acres or thirty city blocks with 21 miles of railroad track was later expanded with 125 warehouses, 18 loft industrial buildings, 300 manufacturing and wholesale establishments, and 8 largest piers in the world.

The following year, an intelligent human with a knowledge of transportation, Bush worked as a chief Embarkation for the port of New York, director of the Harbor and Terminal Facilities and chief executive of the War Board of the Port of the New York.

In 1918, Irving assisted General Goethals in designing the adjacent Brooklyn Army Base. Besides the founder, Irving had also served on the Island of Japan. He had assisted the drafting of the law of Bankruptcy and set up Japan’s government during its reconstruction under General MacArthur.

Bush was the philanthropist. During his teen, he had specialized the practice of law in Labor Law & Real Estate. Also, Irving was the donor to numerous institutions including a donation to Cabrini Hospital.  During world war second, he had protected the life and value in Philippines Island.

A child from the royal and wealthiest family Irving Bush was the owner of $2,000,000  real estate following his father’s death. Bush’s father was the owner of the oil refinery who had a total net worth of $1.4 million. Irving was the founder of Bush Terminal Company in 1911. 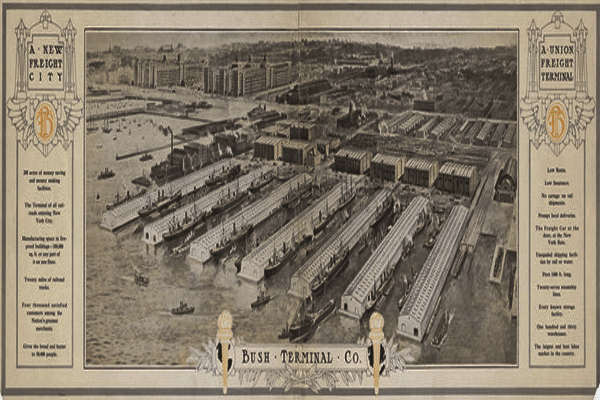 The Bush Terminal Company building was purchased in part from the New York Dock Company for $30,000,000. He had employed more than 25,000 people within its boundaries.

The company with 200 acres or thirty city blocks with 21 miles of railroad track was later expanded with 125 warehouses, 18 loft industrial buildings, 300 manufacturing and wholesale establishments, and 8 largest piers in the world.

So, we can estimate Irving Bush’s net worth might be quite impressive. A millionaire Bush was also listed in the Forbes very first Rich List in 1918.

Besides, he was also an author of A Business Man’s View of Religion. So, a career as a writer had surely contributed Irving Bush’s net worth.

Bush who usually used to remain in the wall of social pages for his social and religious contribution had also highlighted several times referring his marriage and divorce. He is married thrice.

Belle Barlow was his first wife with whom he had two daughters before they divorced. Following the separation with his first wife, he married again with Maud Beard with whom he welcomed a son named Rufus. His son was named after his father’s name.

The duo’s love-life did not last long and the couple divorced after a short period of togetherness. Neglect and cruelty were cited as the reason for their separation. Reviewing his marriage life, it seems like he was not an easy man to live with.

On June 9, 1930, Bush married Miss Flora Marian Spore, an American painter known as the Angel of the Bowery. Also, she was dentist, philanthropist, and obviously the love of Irving Bush at a first sight. Spore was the first woman to change his life.