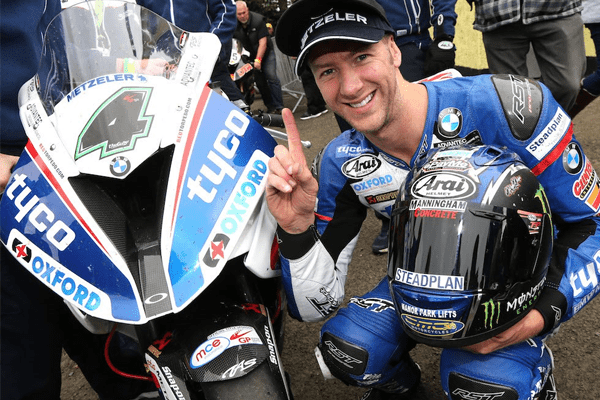 Ian Hutchison is an English professional motorcycle road racer. He is mostly known for racing in closed public road races like the Isle of Man TT, Ulster Grand Prix, and North West 200. He currently races for the Honda Racing Team.

Having started his racing career in 2003, he has competed in 12 Isle of Man TT Seasons, winning as many as 16 races. He has also broken his legs multiple times during races. In 2016, he received the Torrens Trophy, recognizing his outstanding achievements in motorbike racing.

Net Worth, Earnings, and Endorsements

Though net worth of Ian Hutchinson is under review, his net worth is expected to be well over a million dollars. Fellow Isle of Man racers like Guy Martin has a net worth of around $1.5 million, so we can expect Ian to have a similar net worth.

He also makes money from his many endorsement deals. He has endorsement deals with many racing bikes as well as manufacturers. Additionally, he has also endorsed the eyewear company CARRERA.

Ian lives in Guiseley region of Leeds, England. Details on his family is not known. To our knowledge, he is not married yet and doesn’t have any kids. He has kept his private life very private indeed.

In his Isle of Man TT career, Ian Hutchinson has suffered multiple crashes. The first crashed occurred during the British Supersport Round in September 2010. Ian broke his left leg in the crash. He recovered after multiple surgeries and months off the track.

He broke his left leg again in 2012, this time during an off-road exhibition race at the Excel arena in London. He again fractured his left femur during the Senior TT race in 2017. He dragged himself off the track to prevent certain death.

Ian is also known for racing in high speed (well every racer is). He had reached incredibly high speeds while racing. He recorded the quickest Superstock lap, riding his Tyco BMW, at 129.3 mph.