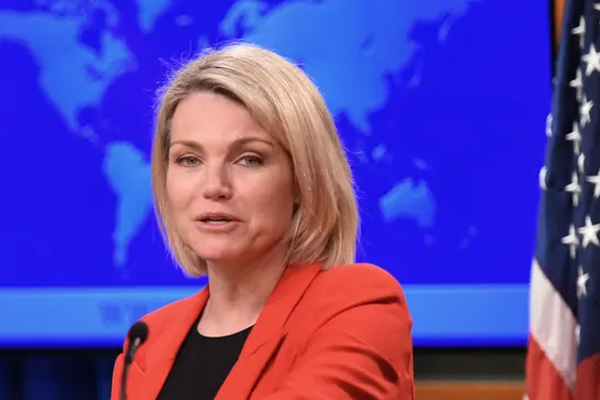 Heather Ann Nauert, commonly known as Heather Nauert, is a famed American journalist and government official serving as a Spokesperson for the United States Department of State. She was born on 27 January 1970, in Illinois, United States.

Heather Nauert has a net worth of $3 Million. She has been earning enough from being a Spokesperson for the State Department since April 2017. Besides, she previously worked as a correspondent for ABC News and Fox News.

The media personality is happily married to Scott Norby, an investment banker working at UBS Investment Bank. Heather and Scott tied the wedding knot in 2000, and since are enjoying happy married life with their two kids-Peter Raymond Norby and Gage William Norby.

What Is Heather Nauert’s Net Worth?

Heather Nauert’s net worth is estimated to be $3 Million. Besides, her salary is reported to touch the figure of $500K. Apart from that, working as a prominent figure at the State Department, Heather certainly bags massive government services which directly boost her lifestyle. 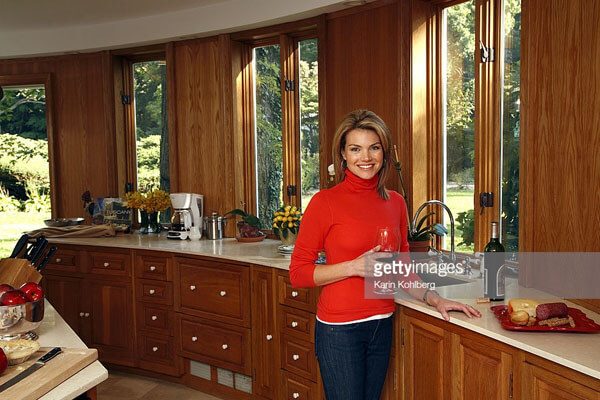 From an inspiring journalist to a prominent government official, Nauert has had a prolific professional career which is no new thing to her fans and followers. Working as a media reporter in Fox News and ABC News to serving as a government affairs consultant on issues like Social Security, health insurances, and taxes, Heather receives a healthy paycheck from her professional work.

Carrying the media passion from her early childhood, Heather entered the field of journalism as a reporter for the syndicated weekly business program, First Business in 1996. Following that, Nauert was associated with Fox News from 1998 to 2005 where she served as a contributor and a correspondent.

Furthermore, Heather flaunted her media skills as a contributor to ABC World News Tonight, Good Morning America, and Nightline at ABC News from 2005 to 2007. Subsequently, she returned back to Fox News and co-hosted The Big Story– an American news/talk program. 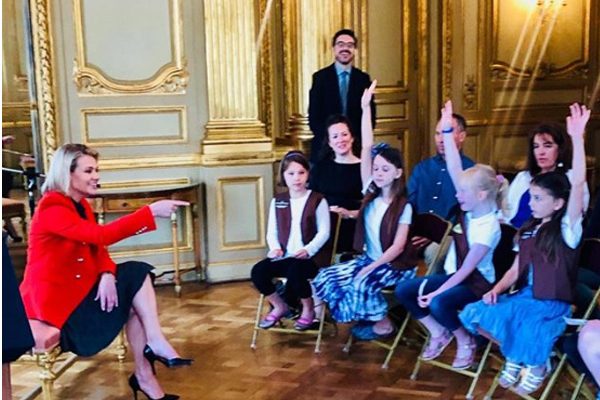 Named as acting Under Secretary State for Public Diplomacy and Public Affairs on 13 March 2018, Nauert voiced support for Saudi Arabian-led intervention in Yemen in April 2018.

Following her hard work, the major news organization reported that President Donald Trump picked Nauert to become United States Ambassador to the United Nations on 6 December 2018. The next day, Trump himself announced that he will nominate Heather to succeed Nikki Haley as the new Ambassador.

Heather Nauert shares the happy married life with a finance executive husband, Scott Norby. According to Bloomberg, Scott Norby has been serving as Managing Director at UBS Investment Bank and previously served as MD at North Sea Partners LLC.

Since sharing the wedding rings in 2000, the couple is blessed with 2 children. Their first son, Peter Raymond Norby, was born in October 2009 and the couple welcomed their younger son, Gage William Norby, in December 2010.

When your first born is old enough for a road trip and summer camp w another family we ❤️❤️❤️ but this mom is 😂😂 I Miss my big boy! #summercamp #momofboys #meatballs #hilarious #alwaysmybaby 🙈👶🏼👶🏼👶🏼👶🏼

Heather shares about her marriage and boys in her Instagram but rarely shows their faces which is acceptable as she is a public figure. But wants to keep her personal life private.

#IAmMyParents 🤦‍♀️ tonight I actually said to my boys, “Eat your peas or no dessert.” 🙄🙄

Heather shared her childhood in her hometown of Rockford, Illinois, United States, alongside her three brothers- Justin, Jonathan, and Joseph. Heather’s father, Peter Nauert, was an executive in the insurance industry.

Heather Nauert shares an old photograph alongside her three brothers on the occasion of Sibling’s Day. Image Source: Instagram

Subsequently, Nauert received Bachelor of Arts degree in communications from Mount Vernon College for Women. Furthermore, she held a master’s degree in journalism from Columbia University.