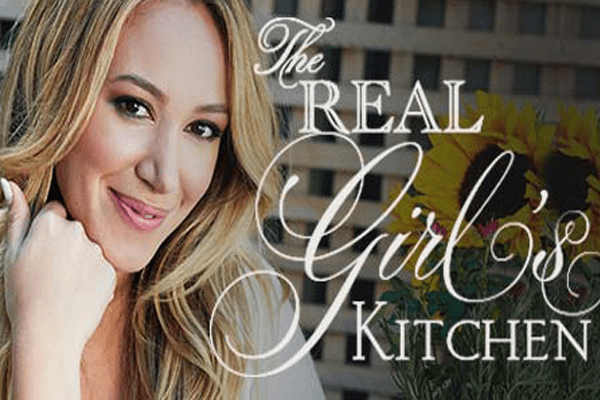 Haylie Duff is an American Actress, singer, songwriter, television host, writer, and fashion designer. She is also known for her work in  Napoleon Dynamite (2004), Material Girls (2006), and The Real Girl’s kitchen (2014) and best known as Sandy Jameson in T.V series 7th Heaven.

Haylie Katherine Duff (Born: February 19, 1985) in Houston, Texas, U.S.A.  Her Birth Sign Pisces. As a singer, she has performed songs on the soundtracks of the Lizzie McGuire Movie.

She has a blog called Real Girl Kitchen, where she shares her favorite dishes and recipes for various kinds of dishes. Initially, Real Girl Haylie had started cooking for her friends and family and then decided to share them and started The Real Girl’s Kitchen blog.

Haylie is also co-founder of The little moon society in Los Angeles which produces and dyes fabrics.
Real Girl, Haylie net worth is estimated at $1.5  million.

Haylie Duff was born in Houston, Texas. Her mother Susan Colleen Duff is a film producer and was a co-executive producer of A Cinderella(2004). The Perfect Man(2005) and Material Girls(2006). Haylie’s father Robert Erhard Duff own a convenience store.

Duff was raised in Texas and had interest in dance since her early age. Her acting career began as she trained in Ballet dancing. At age eight she got a role in Houston Metropolitan Dance Company’s production of The Nutcracker Suite.

Duff received her first role in the feature film after making a guest appearance on television. Haylie Duff was casted as Summer Wheatley in Napoleon Dynamite. She was awarded Teen Choice Awards for the portrayal.

She worked in the cast of the television series 7th Heaven, portraying Sandy Jameson in 2005. She was ranked 89th in the 2007 Maxim magazine Hot 100  and also had won World Music Award.

Duff joined the Broadway cast of Hairspray in June 2006. She left the role in early October 2006.She was credited as co-producer, with her mother and sister while she starred in Material Girl with Sister Hilary. She was credited also as a producer.

Haylie Duff has appeared in various films and TV roles, including Fear Island, Tug and Slightly Single in L.A. in between 2008 and 2015. Film Badge of Honor was her most recent project in 2015.

Duff has also recorded soundtracks; In Search of Santa, The Lizzie McGuire Movie, A Cinderella story, and Material Girls. Most of the soundtracks appeared on the Disney mania discs.

After a year and a half of dating, Duff announced her engagement to Matt Rosenberg in April 2014. On May 11, 2015, she gave birth to daughter Ryan Ava Erhard. On January 5, 2018, Duff announced the news of another baby via her Instagram.

Round 2! Ryan thinks our new baby is growing in HER belly! ? #FamilyOf4

She has a long-term relationship with Nick Zano from 2008 to 2011. They had purchased their first home together in Los Angeles.

Designer Matt Rosenberg and Duff got into a relationship in 2012 and got engaged in April 2014.

Haylie Duff estimated net worth is 1.5 million dollar according to The Richest.