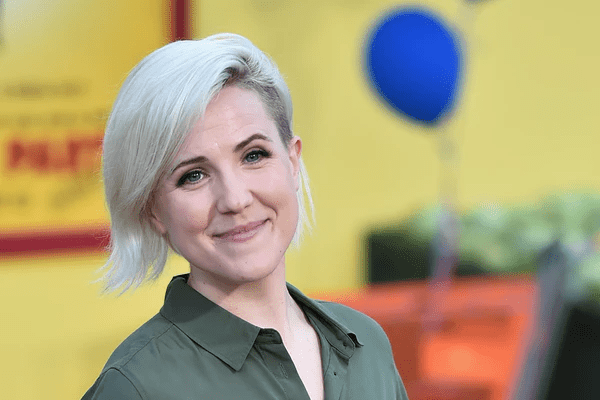 An American internet personality, Comedian, Actress and Author Hannah Hart is well praised and has really gained a lot of fame through her work. She is also best known for performing in My Drunk Kitchen, which is a weekly series on YouTube. Hannah Hart net worth is high and she is worth it..

At birth, she was named as Hannah Maud Hart and was born on 2nd November 1986. She spent her childhood in San Fransico, California, U.S.A. She runs her weekly series called My Drunk Kitchen in you tube and also runs a second channel where she talks about her life and gives opinions on various topics.

She starred in the independent comedy film and co-produced Camp Takota, released in 2014. In 2014 Hart wrote a parody cookbook “New York times” which was bestseller for five weeks in between August-September. Hannah Hart net worth is estimated to be $2 million.

Hart has an older sister named Naomi and a younger half-sister Maggie. Her childhood home was inspected for human habitation acceptability because her mother suffers psychosis.

She briefly lived in Japan in the fall of 2006, after graduating Burlingame High School before returning home. In May 2009, Hart graduated with two degrees, and before that she had attended the University of California, Berkeley.

Hart moved to Brooklyn, New York to pursue a writing career, upon her graduation.

She had become you tube partner and ended up quitting her 9-5 job of proofreader in order to focus on My Drunk Kitchen within two months of launching her you tube channel.

Career with My Drunk Kitchen

Hart was working as a proofreader in New York and wanted to be an interpreter or language instructor. But,her one video post became internet hit and she rose to become a star.There is an interesting story behind the video post.

Back in 2011, Hart had just got a laptop with a camera. When Hart was Gchatting with her ex-roommate, her friend said her that she missed her a lot. In response, Hart said she would make her a video acting like she is doing a cooking show and send  it to her. She opened up and recorded a video while cooking and drinking into Photo Booth, imported it into iMovie, chopped it and sent it to her friend. She sent the video to her friend via YouTube. Hart didn’t imagine before that the video she posted for her friend would get 80,000 views.

Gradually, the video uploaded as “My Drunk Kitchen” got 100,000 hits within a few days. Hart complied with more recording as viewers began asking her for another episode.

In December 2014, comedian Sarah Silverman was also featured in the show which demonstrated the therapeutic and medicinal use of Cannabis.

Her “My Drunk Kitchen “every episode is uploaded each Thursday on Hart’s main channel. Hart won the awards for Best Female Performance in a comedy in 2013 at the third Streamy Awards. She couldn’t have imagined that one day she will be The Hannah Hart and Hannah Hart net worth would be so huge. She was also enlisted in American top 20 richest actress.

Hart released her first parody self-help book, a companion volume to My Drunk kitchen in August 2014. The book was titled My Drunk kitchen where we can know all about, A guide to Eating, drinking, and Going with Your Gut.

In August 2014, Hart Cookbook My Drunk Kitchen entered the New York Times bestsellers at list 6 in the “Advice, How to and Miscellaneous” category.

Author John Green wrote about the book saying, “I defy to read this surprising useful book to everyone and not come away from this book madly in love with.”

She has published another book in 2016 named  Buffering: Unshared Tales of a Life  which received great reviews too.

Hart will feature with her tasty food in six shows in New Mexico, North California, Maine, Oregon, Minnesota, and Montana.

Hart favorite brand is Apple, who comes in top 20 richest actress of 2017.

From September 2015 to January 2016, Hart had dated fellow You Tuber Ingrid Nilsen. Hart is openly lesbian.

Had so much fun with all these beautiful souls in Houston for #IHAHD! We made some cat beds and some new friends!