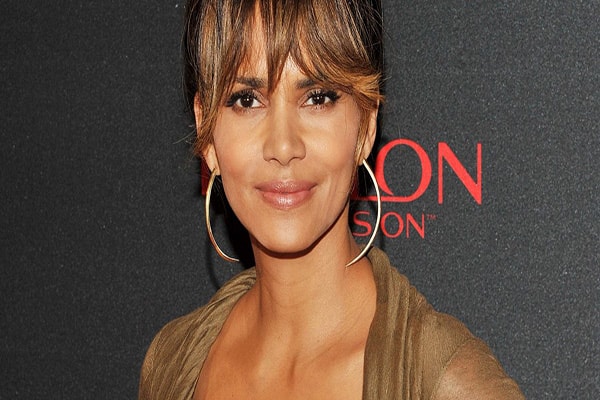 The American beauty, Halle Berry is a well-known actress, film producer, and former fashion model. Halle Berry’s net worth has been accumulated from her appearances in movies like Monster Ball for which she received an Academy Award for Best actress.

Oscar winner, Halle Berry is a prominent American actress, film producer, and former model. Halle Berry’s net worth is known to have accumulated from her work in various movies and TV series, The details of Halle Berry’s kids, movies, age, net worth and more can be found on various media outlets.

Maria Halle Berry was born on August 14, 1966 Cleveland, Ohio, U.S. to Judith Ann and Jerome Jesse Berry. Berry’s mother is white of English and German ancestry and her father is African-American. Her mother was a psychiatric nurse while her father was a hospital attendant at a psychiatric ward. Halle’s parents divorced when she was four years old. Berry has an older sister named Heidi Berry-Henderson.

Halle Berry graduated from Bedford High School. Berry then went on to attend Cuyahoga Community College. Halle was very much interested in joining beauty pageants. Halle Berry won Miss Teen All America in 1985 and then Miss Ohio USA 1986. In 1986, she joined Miss USA and became the first runner up. She is credited to be first African-American Miss World entrant in 1986.

Halle Berry’s movies have brought her huge name and fame. Some of Halle Berry’s movies are Boomerang, The Flintstones, Executive Decision, Monster’s Ball, Catwoman, X-Men: The Last Stand, Frankie and Alice, X-Men: Days of Future Past, and more. She is also noted for her performance in TV series like Their Eyes Were Watching God, Introducing Dorothy Dandridge, Solomon & Sheba, The Wedding, and more. Halle Berry will soon be seen in 2017 movie, Kingsman: The Golden Circle.

Halle Berry’s net worth is estimated to be a hefty $ 70 million. Halle Berry’s net worth has been amassed from her remarkable career in the movie arena. Halle Berry is known to earn around $10 million per film. She is known to earn huge salary from movies like Why Do Fools Fall in Love, X-Men, Monster’s Ball, X2: X-men United, Cat woman, The Wolverine, and more. She has also been seen in many television series which have been a good source of income for her.

Halle Berry was in a relationship with Chicago based dentist, John Ronan in 1989. After their nasty separation from a former abusive boyfriend, Berry got married to baseball player, David Justice on January 1st 1993. After depression caused by her marriage with Justice, Berry went on to divorce him  in 1997. She then got married to singer songwriter, Eric Benet in 2oo1. By the beginning of 2003, the couple had separated and had a divorce in 2005. Berry then began dating French Canadian model Gabriel Aubry and the couple had a daughter together. After their separation in 2010, Berry had a huge custody battle regarding her daughter. She then got engaged to French actor, Olivier Martinez in 2012. The very next year, the couple got married. Together, the couple gave birth to a son. In 2015, Berry announced that she was getting a divorce. Halle Berry’s kids, Nahla Ariela Aubry and Maceo Robert Martinez are living happily.

Halle Berry’s age at present is 50 years old. Halle Berry’s age seems to exceed her looks. She looks younger than her actual age. Halle Berry hair is short and brown colored. She is known to be one of the sexiest women alive on earth. Berry was named “50 Most Beautiful People in the World” in People’s 2003 list, “Sexiest Woman Alive” in Esquire’s October 2008 issue. She has a body measurement of 36-26-37 inches from the breasts, waist to hips. Berry’s bra size is 34C and dress size is 6. Berry’s height is 5 feet 6 inches and her weight is 54 kg. Halle Berry has petite body. She has a prefect hourglass shaped body which she has kept in constant balance over the years.

For her remarkable career in acting, Halle Berry has received many awards and award nominations throughout her years in cinema. She won Blockbuster Entertainment Awards in 1997, Primetime Emmy Awards in 2000, Golden Globe Awards in 2000, Screen Actors Guild in 2000 and 2001, Academy Awards for Best Actress in 2001, Berlin International Film Festival in 2001, National Board of Review in 2001, People’s Choice Awards in 2007, NAACP Image Award in 2011. Moreover, Halle Berry has received many award nominations like BAFTA, MTV Movie Awards, Chicago Film Critics Association, BET Awards, Black Reel Awards, Teen Choice Awards, Saturn Awards, Kids’ Choice Awards, and more. The biography of the very beautiful and talented, Halle Berry can be found on various social media sites like Wikipedia, IMDb, Twitter, Facebook, and more.