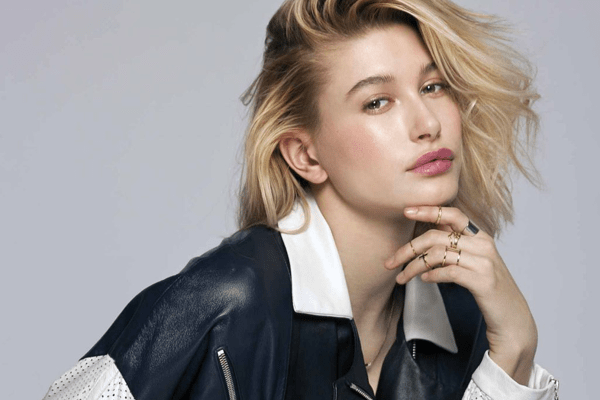 Born to the Famous Baldwin Family on November 22, 1996, Tucson, Arizona, U.S. Hailey Rhode Baldwin is the daughter of Stephen Baldwin an American actor, producer and Kennya Deodalo, a graphic designer. Hailey is a married woman since September 2018. She is now Justin Bieber’s wife and loves to call herself Hailey Rhode Bieber.

Apart from that this young beauty has made her own identity as an American model, and television personality. Hailey is known for her work in 2005 documentary movie Livin It: Unusual Suspects, (2009) Saturday Night  Live, (2015) Secrets of New York Fashion Week documentary movie.

Baldwin has c0-hosted many shows and appeared in music videos of Cody Simpson’s On My Mind (2011) and Baptiste Giabiconi’s Love To Love You Baby (2016). Hailey Baldwin has been nominated twice for Teen Choice Awards in 2016 and 2017.

It was certain that Hailey and Justin were hanging together as Bieber’s social media was flooded with pictures of them along. But none of them confirmed about their relationship.

Hailey once spoke to E! News, about her relationship with Justin Bieber. “We’re not an exclusive couple, and he’s about to go on tour,” she said. “Relationship at this age is already complicated, but I don’t like to talk about it because it’s between him and me.”

Not until the couple got engaged. Yes, Justin proposed and Hailey said Yes! On July 7, 2018, the famous duo showed everyone that they are seriously in love with each other. Justin has mentioned, in fact written a love letter to his fiancee Hailey in his Instagram post.

He said that he is so much in love with everything about Hailey and he is committed to spend his entire life knowing about her. Justin had given a clue that he will marry Hailey soon as he mentioned his brother and sister will witness another stable marriage.

Was gonna wait a while to say anything but word travels fast, listen plain and simple Hailey I am soooo in love with everything about you! So committed to spending my life getting to know every single part of you loving you patiently and kindLY. I promise to lead our family with honor and integrity letting Jesus through his Holy Spirit guide us in everything we do and every decision we make. My heart is COMPLETELY and FULLY YOURS and I will ALWAYS put you first! You are the love of my life Hailey Baldwin and I wouldn’t want to spend it with anybody else. You make me so much better and we compliment eachother so well!! Can’t wait for the best season of life yet!. It’s funny because now with you everything seems to make sense! The thing I am most excited for is that my little brother and sister get to see another healthy stable marriage and look for the same!!! Gods timing really is literally perfect, we got engaged on the seventh day of the seventh month, the number seven is the number of spiritual perfection, it’s true GOOGLE IT! Isn’t that nuts? By the way I didn’t plan that, anyways My goodness does feel good to have our future secured! WERE GONNA BE BETTER AT 70 BABY HERE WE GO! “He who finds a wife finds a good thing and obtains FAVOR from the Lord!” This is the year of favor!!!!

He kept his words. However nobody ever had a clue that Justin Bieber and Hailey Baldwin would marry so soon and in a secret manner. Rumors spread around everywhere that Hailey married Justin secretly in New York City CourtHouse in September 2018. But both the couple hadn’t commented anything about that until Thanksgiving.

On November 22, 2018, Hailey and Justin Bieber’s thanksgiving post sharing that it was first thanksgiving as a married man confirmed the news. Hailey Baldwin also changed her Instagram name from Hailey Baldwin to Hailey Bieber. Slowly, Justin started posting about her saying, ‘My wife is awesome.’

And Hailey too is seen wearing diamond necklace with Justin’s name along with 10 carat oval diamond engagement ring.

21 years old model, Hailey Baldwin Net Worth is of $3 million.

Hailey Baldwin initially signed with the New York modelling agency, Ford Models. She then started appearing in famous magazines such as ‘Tatler,’ ‘LOVE,’ ‘V’ and ‘i-D.’ She appeared in her first commercial for the clothing brand named French Connection in 2014.

In December 2014, she participated in a photo-session for the ‘LOVE’ magazine. A short movie of the session released on the official YouTube Channel of the magazine.

Hailey appeared in Ralph Lauren commercial with Australian singer Cody Simpson. And In October, she walked on the runway for designer Tommy Hilfiger and Philipp Plein.

Later in 2015, she signed to Heroes Models, a reputed modeling agency.

Along with a Ralph Lauren campaign, Hailey Baldwin involved in an editorial shooting for the ‘Vogue’ magazine’s Korean edition as well.

Hailey signed with a high-profile modeling agency, ‘IMG Models’ in March 2016. In May, she came on the cover of the international magazine ‘Marie Claire.’

She advertised for a sportive clothing collection by designer Prabal Gurung. She was featured on the French magazine ‘Elle’ as well.

Alongside her modeling career, she made a few T.V. appearances. In 2009, she appeared on ‘Saturday Night Live’ in a cameo role. She also hosted the MTV Europe Music Awards, which held in Milan, Italy in 2015.

Hailey is fond of getting small tattoos and has at least seventeen known ones.

Hailey Baldwin’s Tattoo includes delicate script, little symbols and a couple of hidden ones which is designed by her friend Kendall Jenner.

Her design reads “Coeur d’Alene” which happens to be her sister’s middle name.

Another Hailey Baldwin Tattoo is a small cross on the side of her neck.

Hailey has inscribed Roman numeral on her wrist, name on her finger, Gun on her palm, “gente” on her hip, ‘minas gerias’ on her ankle which is a Brazilian State.

Hailey Baldwin has tattooed dots, star, broken heart and “PRAY” on her fingers.

Her neck has “seek,” “unseen” can be found in her spine, cross on her neck.

A cursive “G” tattoo is behind her ear in tribute to Georgia Veach, a child with developmental disabilities and her honor celebrities like Ashley Benson, Justin Bieber, and Selena Gomez got the unique “g.”

There were rumors of Hailey Baldwin undergoing plastic surgery. But the statement was denied publically by Hailey.

Regarding the rumors, Hailey speaks and completely denies the false news.

“Everybody thinks I’ve had plastic surgery,” Hailey told the Evening Standard. “My mom’s family call her, and they’re like, ‘Did Hailey do her lips? Did she do her nose?’ Do people want me to go to a doctor and have them examine my face so they can tell people I haven’t? My face has just matured. I grew into my looks. I do look different than I did when I was younger, but it’s still the same face.”

As a child, she got her education at home. Later, she attended Eastern Christian School Association.

She was passionate about dancing from her childhood and received training in classical ballet.

Hailey wanted to become a doctor and eventually studied medical terminology after her high school graduation.

Her older sister Alaia Baldwin is a well-known model. Hailey has a mixed ethnicity as her father is of English, Irish, Scottish, French and German descent while her mother is Brazilian.

Be updated with interesting and exciting celebrity bios, entertainment, news, and articles in SuperbHub.