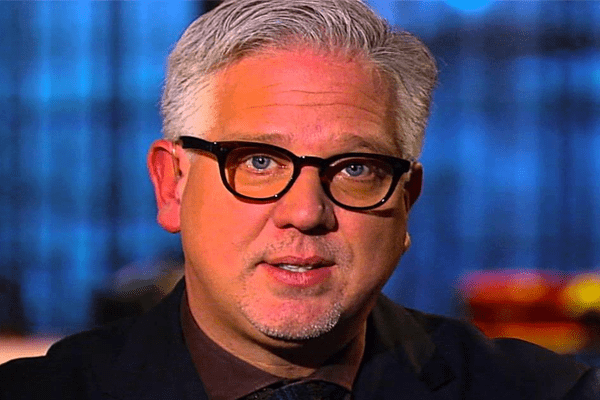 Glenn Beck is an American television and radio host, political commentator, author, television network producer, media personality and entrepreneur. Glenn Beck is one of the most well-renowned media figures with high paying salary.

Glenn Beck was born in Everett, Washington, the US. He was born on February 10, 1964.His current age is 52 as of now. He was born to his mother Mary Clara and father William Beck and had one sister.

Glenn Beck and his old sister attended Jesuit school in Puyallup. While out on a small boat with a male companion his mother drowned just west of Tacoma, Washington in Puget Sound. After his mother’s death, he and his older sister moved to their father’s home in Bellingham, Washington where Beck graduated from Sehome High School in June 1982.

Glenn Beck professional career began when he first worked at radio station KAYK. But due to some unfavorable condition, he left that job and started working for WPGC in Washington Dc in the year 1983.In mid-1985 he was hired away from KZFM to be the lead DJ for the morning drive radio broadcast by WRKA in Louisville Kentucky. His four-hour weekday show was called Captain Beck and the A-Team.

Later, he was hired by Phoenix Top-40 station KOY-FM, then known as Y-95.Then he has partnered with Arizona native Tim Hattrick to Co-host a local “morning zoo” program. Then he moved on to Baltimore, Maryland, and the city’s leading Top-40 station, WBSB, known as B104.He partnered with PAT Gray, a morning DJ. In early 1992, Beck and Gray both moved to WKCI-FM, a Top-40 radio station in New Haven, Connecticut. On November 5, 2007, The New York Times reported that Premiere Networks was extending Becks contract.By May 2008, it had reached over 280 terrestrial stations as well as XM satellite. It was ranked 4th in the nation with over six and a half million listeners.In July 2013, Beck had the 4th rating behind Rush Limbaugh, Sean Hannity, and Dave Ramsey.

In January 2006, CNN’s Headline News announced that Beck would host a nightly news-commentary in their new prime-time block Headline Prime. He then joined Fox News Channel leaving CNN Headline news. As of September 2009, Becks program drew viewers than all three of the competing time-slot shows combined on CNN, MSNBC, and HLN. In April 2011, Fox News and Mercury Radio Arts, Becks Production Company announced that Beck would “transition off of his daily program “on Fox News in 2011.

Glenn Beck Fox News one hour show ended on June 30, 2011, and a new two-hour show began his television network which started as a subscription based internet TV network, The Blaze TV, originally called GBTV, on September 12, 2011.In this way, Glenn Beck career took a great height and made him the most admired personality with huge net worth.

Glenn Beck was married to two women. He was first married to Claire in 1983.Glenn Beck wife Claire and he met while working at WPGC. They had two daughters, Mary and Hannah. They finally got a divorce in 1994 amid Becks struggles with substance abuse. He is a recovering alcoholic and drug addict.

In 1999, Glenn Beck married second wife Tania. Glenn Beck wife Tania had two children together, Cheyenne and Raphe who was adopted by the couple. Until April 2011, the couple lived in New Canaan, Connecticut with the four children. On November 10, 2014, Beck announced on the Blaze that he had been suffering from a severe neurological disorder for at least the last five years. He described many strong and debilitating symptoms which made it difficult to work.

Glenn Beck has been honored a number of times for his work. He received various awards like Gene Burns Memorial Award for Freedom of Speech 2013, Tribeca Disruptive Innovation Award, 2013 and Marconi Award Personality of the year 2008, Defender of Israel Award, Zionist Organization of America 2011.

Labor or Love. This is how we fix America. https://t.co/cfRJmpznt2