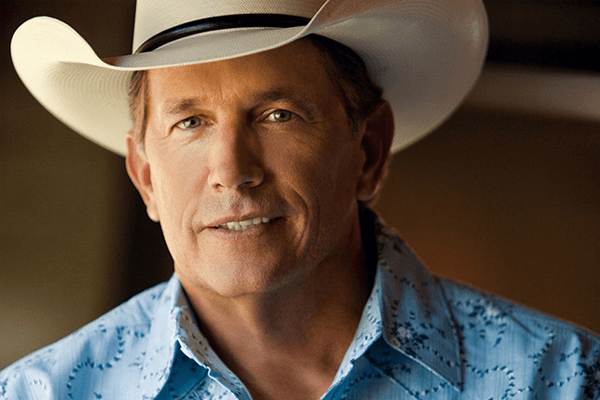 The American country music singer, songwriter, actor, and music producer, George Strait is best known as the ‘King of Country’. George Strait songs have been regarded influential and popular among his audience. George Strait movies have also gained equal attention from the audience over the years.

George Strait is a well-known country singer and actor.  George Strait songs like ‘Amarillo by Morning’, ‘Check yes or No’, ‘I Cross My Heart’ have been huge country hits. George Strait movies like ‘Pure Country’, ‘Grand Champion’, ‘A Pure Country Gift’, and more have gained wide attention and appreciation from the audience for many years. The details of George Strait age, tour, songs, net worth, movies, and more can be found on numerous social media sites.

George Harvey Strait was born on May 18, 1952, in Poteet, Texas, U.S. His father John Byron Strait, Sr. who was a  junior high school mathematics teacher, divorced his mother, Doris Couser when George was in the fourth grade. George and his brother, John, Jr. “Buddy” were left for his father while his mother moved with his sister Pency. George was raised in Baptist faith.

George went on to attend Pearsall High School and joined a rock and roll garage band. He was enlisted in United States Army in 1971 and was stationed at Schofield Barracks in Hawaii. Strait then went on to join Texas State University in San Marcos. He soon graduated with a degree in agriculture. He began his musical career by joining the band, Stoney Ridge and renamed the group Ace in the Hole Band. George Strait tour began with the band in Houston and Huntsville. Soon in 1981, Strait was signed by MCA Records.

Strait has spent 30 years with MCA Records. His first album was released in 1981 and was named Strait Country. In the 1980s, Strait released Albums like Strait from the Heart, Right or Wrong, Does Fort Worth Ever Cross Your Mind, Something Special, Ocean Front Property, If You Ain’t Lovin’ You Ain’t Livin’, and Beyond the Blue Neon. In the 1990s, George Strait songs garnered huge appreciation with albums like Livin’ It Up, Chill of an Early Fall, Holding My Own, Easy Come, Easy Go, Blue Clear Sky, Carrying Your Love with Me, One Step at a Time, and Always Never the Same. Since the 2000s, George Strait has released Albums titled, George Strait, The Road Less Traveled, Somewhere Down in Texas, It Just Comes Natural, Here for a Good Time, Love Is Everything, and Cold Beer Conversation.

George Strait songs have entered the Top 10 in the Billboard chart for 30 consecutive years. Strait has nabbed 13 multi-platinum, 33 platinum, and 38 gold albums.

George Strait movies like The soldier, Pure Country, Grand Champion, King of the Hill, and Pure Country 2: The Gift, have also gained equal attention and appreciation.

George Strait is married to his high school sweetheart, Norma Strait. The couple got married in December 1971 and has been together since. Together, the couple gave birth to a son named George Strait, Jr. “Bubba” in 1981. George is a Professional Rodeo Cowboys Association (PRCA) team roping competitor. The couple also gave birth to a daughter named Jennifer born in 1972. Jennifer died in a car accident at the age of 13 in 1986. Under her name, Strait has set up a Jennifer Lynn Strait Foundation that supports charities for children.

Strait has won a Grammy Award in 2009. He is also the recipient of Presidential American Success Award in 1989. The bio of the very talented and respected, George Strait can be found on various social media like Wikipedia, IMDB, twitter, facebook, and more.

George will be performing all 60 of his #1 hits, 30 songs each night, this Fri & Sat in Las Vegas! Get tickets now! https://t.co/jKMTdDoPPD pic.twitter.com/uxAVecpGXI