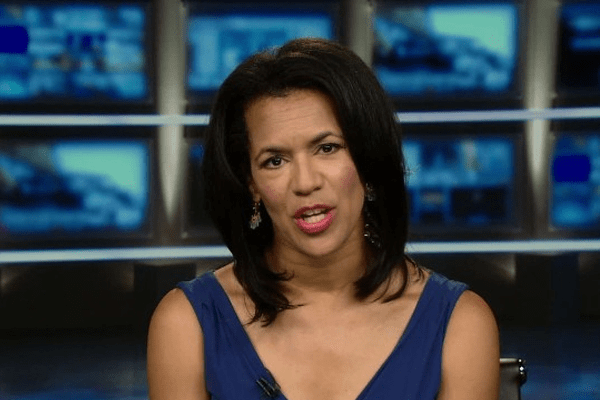 Fredricka Whitfield is an American news anchor working for the nation’s one of the largest news network, CNN. She is a daughter of an athlete father Mal Whitfield.  This very news anchor has paved her path to success in her field with a strong hard work and perseverance.  While working as an anchor, she has earned acknowledgments, hatred and they are all part of her life as a news star.

Fredricka Whitfield was born on 31st of May, 1965 in the United States. She is from multiracial ethnical background born to parents Mal Whitfield (father) and Nola Whitfield (mother). Her father Mal was highly accomplished personnel. He is an athlete, goodwill ambassador, and airman. Father Mal has always been an inspiration for Fredricka.

Fredricka Whitfield net worth reflects her accomplishments and achievements. Such a talent to gain success does not come from a vacuum. For this one needs to have a strong educational background and determination to achieve something and Fredricka has all of them.

Fredricka went to Paint Branch High School situated in Burtonsville, Maryland. She graduated in 1983 from there. Then she went to Howard University’s School of Communications and graduated with a bachelor’s degree in Journalism in 1987. Fredricka started her work right when she was in Howard. She was a news anchor in WHUR which was a campus radio station.

Before joining one of the nation’s largest news network, Fredricka had served many popular networks as a part of her career in journalism. Before serving as a CNN news anchor, she worked for NBC News as a correspondent and served as an Atlanta- based correspondent for NBC Nightly News. There she worked for 1995 to 2001. Not only that, she gave her contributions in other programs broadcasted in NBC Network including The Today Show where she was a morning and afternoon anchor. Also, she was an assignment reporter for the show.

Prior to joining NBC, Fredricka is an employee for WPLG-TV in Miami, News Channel 8 in Washington D.C. Also, she used to serve for KTVT-TV in Dallas, WTNH in New Haven, Connecticut, and WCIV in Charleston, South Carolina. Hence, Fredricka has traveled from places to places as a part of her job and by doing so; she has collected an ample number of experiences in journalism.

Fredricka Whitfield joined CNN in 2002 and right from the inception as a CNN News anchor, she has been contributing quite a lot by covering many important stories. She is known to be the first anchor to deliver the news of Ronald Reagan. She has covered the catastrophic Asian tsunami in December 2004. Apart from that important coverage, her work highlights in CNN also includes her reporting from the Persian Gulf region at the time of Operation Iraq Freedom.

Now with all those hard works and contributions to different networks, she has earned an ample amount of money and this is why people often want to talk about Fredricka Whitfield net worth.

Fredricka Whitfield controversy lingered around the media for a quite some time. She was dragged into the controversy basically because of her comments on June 13, 2015 about the gunman attacking the police in Dallas, Texas. She remarked him as ‘courageous and brave’ while on air. The next day she did admit that she misspoke but she never gave a formal apology. As the matter got worse, she apologized on June 15 saying that she was sincerely sorry which also included some other details.

Fredricka Whitfield married life is going fine with husband John Glenn who is the former director of Photography at Atlanta- Journal- Constitution. They have three children.

Being able to be under the spotlight is exciting but dealing with rumors that come along could be quite haunting sometimes.  Similar is the case with Fredricka. As we go through research about the news anchor, we found many Fredricka Whitfield rumors. Among them, one of the popular Fredricka Whitfield rumors is about her and her husband looking for a surrogate mother before she became the mother of twins in 2012.

Fredricka Whitfield has been acknowledged for her contributions and she is certainly an active user of social media. Her twitter account is open to be followed.