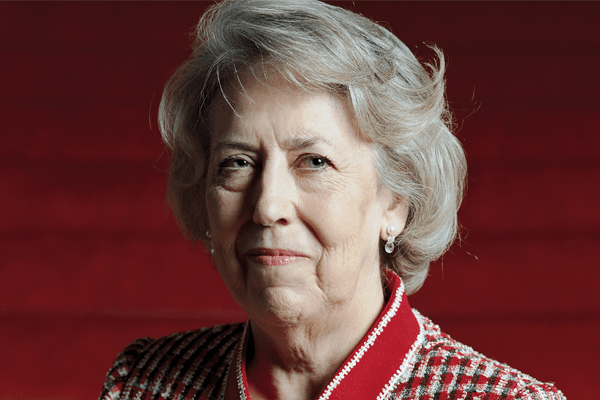 Elizabeth Lydia Manningham-Buller was born on 14 July 1948 in Northampton, England. Eliza Manningham-Buller is of British Nationality. She follows the Anglican religion. Elizabeth was born to her parents Reginald Manningham-Buller, 1st Viscount Dilhorne, and Lady Mary Lindsay. Her father was a Conservative MP who stayed in the position from 1943 to 1962. Eliza‘s father was Britain’s second highest legal officer, the Solicitor General. Also, later in his life, Lord Dilhorne went on to become Lord Chancellor for two years. Eliza’s mother qualified at training carrier pigeons that were used to fly coded messages during World War II. She spent most for her childhood days with her four siblings named John Manningham-Buller, Marian Brudenell, and Anne Constance Manningham-Buller.

Eliza Manningham-Buller received her education from Northampton High School and then went on to attend Benenden School. Later, she went on to join Lady Margaret Hall, Oxford for her further studies.

Eliza began her early career as a teacher for three years at Queen’s Gate School, Kensington, London. Eliza then went on to specializing in counter-terrorism. However, she had not been specialized at MI5’s then-classical counter-espionage. So, Eliza worked actively during the Lockerbie bombing by Libya in 1988. Eliza worked against the IRA with K-branch.

Eliza’s career went on to expand when she was made the senior liaison. She worked out of Washington, D.C. to the US intelligence community over the period of the first Gulf War. Eventually, Eliza went on to lead the newly created Irish counter-terrorism section during the time when MI5 was made responsible for such work. A year later, Eliza went on to be promoted to the Management Board of the Security Service. Eliza Manningham-Buller then went on to become the director in charge of surveillance and technical operations. In 1997, Eliza became the Deputy Director General. Then in 2002, Eliza took the position of the Director General which made her the second woman to do so. In 2001, she also did an agent run from Southampton. Eliza, in 2007 went on to resign from MI5.

Eliza Manningham-Buller worked for the Imperial College London in 2009 for Court and Council.  Eventually a year later, Eliza took the position of the Deputy Chairman. She became the chairman in July 2011. Eliza has also gained wide significance for her work for the biomedical research charity the Wellcome Trust as a former governor and later a chairperson.  When she took the position of the chair she went on to become the first female to do so. Eliza Manningham-Buller book Securing freedom has been widely appreciated since its publication.

Throughout her work in MI5 Eliza has made various public statements. Eliza Manningham-Buller spoke about the complete backing for the War on Terror at a conference at the Royal United Services Institute in 2003. She also talked about the fact that scientists had given terror groups information to create CBRN weapons in the conference.

In 2005, Netherlands Eliza talked about the 7 July 2005 London bombings and her disappointment that MI5 failed to stop attacks during the time. A year later in 2006, Eliza Manningham-Buller gave a speech to the Mile End Group at Queen Mary, University of London. Eliza was the guest of Professor Peter Hennessy. In the lecture, she warned that her office was tracking 30 terror plots, and 200 groupings or networks. Eliza made a statement that MI5 had expanded by 50% after the September 11 attacks.

In 2008, when Eliza received her Baroness Manningham-Buller honor she made her maiden speech in the House of Lords. During the speech, she revealed that she was against government plans to extend the time period for holding terrorist suspects in the UK. In 2010, Eliza Manningham-Buller gave evidence to the Iraq inquiry. She shared that the involvement of Britain in Afghanistan and Iraq war meant an “attack on Islam”.

Eliza is also known through her BBC broadcasted lectures. In 2011, Eliza Manningham-Buller went on to present the 2011 Reith Lectures. It was a series titled Securing Freedom. The lectures broadcast were made on BBC Radio 4 and the BBC world service. The lecture had three series. The first lecture was titled Terror which was recorded at BBC Broadcasting House in London. In the lecture, she talked about long-term implication of 11 September 2001 attack. Her second lecture was titled Security which was recorded at the Leeds City Museum. Eliza talked about the use of torture and showed her opinions against it. Her final lecture was titled Freedom and was recorded at the British Library in London. In it, Eliza spoke of the foreign policy urgencies after the September 11 attacks.

Eliza Manningham-Buller is a married woman. Eliza is married to David John Mallock. The couple got married in July 1991. Eliza is the stepmother to her husband’s children from his prior marriage. Eliza and David are living happily together and there have been no rumors of extra marital affair or disputes.