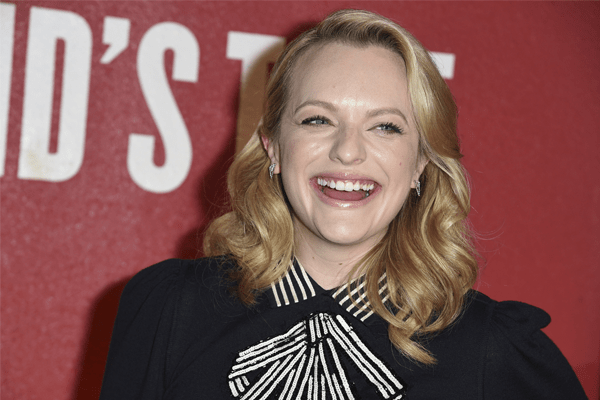 Elisabeth Moss is a famous stage and television actress who is very popular in the United States. She has worked as an actress in films and theaters as well. Her versatile acting skills have earned her a number of nominations for prestigious awards. She started working in the industry since 1990 and has been active since. Some of the films she has worked in are West of Here, Temptation, A Thousand Acres, and Imaginary Crimes etc. She is famous for her roles in series like The West Wing and Mad Men.  She has also worked in television series and sitcoms like Law and Order, Ghost Whisperer, Grey’s Anatomy and The Practice.

Her work in the popular series Mad Men has earned her six nominations for Emmy Awards and a Golden Globe nomination. For her work in a miniseries Top of the Lake, she won a Satellite Award and a Golden Globe. Along with her television acting, she is a brilliant stage actress. She has been a part of three stage performances and was adored for her acting.

Elisabeth Moss was born as Elisabeth Singleton Moss. She was born as the elder daughter of Ron Moss and Linda Moss. She was born on 24 July 1982. She was born and raised in Los Angeles, California. Both of her parents were musicians, her father used to manage Jazz musicians. Much information about her siblings and family is not known, however, it is reported she has a younger brother. As a child, she aspired to be a professional dancer. She went on to study ballet in her adolescence to fulfill her dream. She moved to New York to study at the School of American Ballet where she took ballet lessons. She went on to study at the Kennedy Centre in Washington, D. C. afterward. At the center, she studied with the famous ballerina Suzanne Farrell Ballet. Throughout her teen years, she continued to study acting but was offered many acting roles during the period. As a religion, she took up Scientology when she was young. She was homeschooled in order to manage her career and education. She was focused and serious at that age according to her. She used to play library with her parents; she spread books on the floor and checked them out.  At the age of sixteen, she graduated in 1999. She made her acting debut in 1990 with the television series Lucky/Chances.

She stepped into the industry with her screen role in the NBC Lucky/Chances. In the television series called Picket Fences, she appeared in seven episodes as Cynthia Parks from 1992 to 1995. In 1992, she gave a voice over for the character Holly DeCarlo in the television special Frosty Returns. She was also a part of the animated movie in 1993. She appeared in a number of small roles during these years. She was cast in the film Gypsy. In 1994, she appeared in the movie Imaginary Crimes as the youngest daughter of Harvey Keitel. The next year, she appeared in the film Escape to Witch Mountain.   In the same year, she played in a movie called Love Can Build a Bridge as the young Ashley Judd. She played a supporting role opposite Linda Hamilton and Jim Belushi in the drama/sitcom Separate Lives. She played a minor role in the Last Supper, a black comedy. She went on to provide her voice for two animated series in 1996, Freakazoid! And It’s Spring Training, Charlie Brown!

She starred in the White House drama The West Wing at the beginning of 1999. She played a repetitive role of the daughter of Stockard Channing and Martin Sheen, Zoey Bartlet. She portrayed the character until the end of the series in 2006. Her character, Zoey was very crucial in the fourth season of The West Wing. She landed a supporting role in Girl, interrupted alongside Angelina Jolie and Winona Ryder. She also had a small role in Anywherebut Here. She played as Katie Brockett. In 2004, she went on to do three films along with the movie Heart of America. She was nominated for an Independent Spirit Award in 2004 for her role in the film Virgin. In 2003, she appeared the thriller movie The Missing as a supporting actor.

Mad Men along with other works

She was a part of the 2005 horror series Invasion as a supporting actor.  She again appeared in the medical series Grey’s Anatomy for an episode in 2004. She was in the episode My Favourite Mistake. She also appeared in another series, Medium alongside Patricia Arquette. She appeared in the horror film The Attic of Mary Lambert in 2007. She was also a part of the drama Day Zero in the same year.

She portrayed the role of Peggy Olsen in the ABC drama Mad Men. She was the secretary who later turned into a copywriter in the series. She started in the drama since 2007 to the end of the series in 2015. She was nominated for five Emmy Awards for the category Outstanding Lead actress in a Drama Series her role in the series from 2009 until 2015. She was again nominated for another Emmy Award for the Outstanding Supporting Actress in 2010. In 2008, Elisabeth made her Broadway debut while still a regular in the Mad Men. She played in the revival of David Mamet’s in the October of 2008. In 2009, she played Sarah Jessica Parker’s assistant in the comedy movie and which was later followed by a role in another comedy film, Get Him to the Greek the following year. She took up the role opposite Jonah Hill.

It was announced in September 2014 that she was to play in the Broadway play The Heidi Chronicles.  She was to portray the character Heidi Holland. The play, the Heidi Chronicles opened on 19 March 2015. The play was closed after some months on 3 May due to low sales of the ticket. However, the play got positive reviews and Elisabeth was nominated for a Tony Award for her portrayal of Heidi Holland.

After the wrap of the production of Mad Men, she starred in another psychological thriller. She collaborated with Alex Ross Perry for Queen of Earth starring opposite Patrick Fugit and Katherine Waterston. She portrayed a mentally unstable woman who is on a vacation with her close friends. She played as a supporting actress in the 2015 British drama High –Rise along with Sienna Miller and Tom Hiddleston.  Recently in 2016, she appeared opposite Live Schreiber in the biopic of Chuck Wepner, The Bleeder. She also appeared in an adaptation of a play by Anton Chekhov, The Seagull with the same name. She is also to star in a biopic of R.D. Liang, a Scottish Psychiatrist, Mad to be Normal. Some of her other works are:

Some of the television series she worked on are:

She has worked in a few stage shows:

Moss has been nominated for many awards since her debut in the industry. Mad Men, the famous series she was in also won the Screen Actors Guild Awards for three continuous years. Some of her nominations are:

Elisabeth has only been married once but was later divorced. She met her former husband Fred Armisen in October 2008. Fred is a comedian and an actor. They started dating for a year before being engaged. This was his second married and he had been married to English musician Sally Timms before. Moss was engaged to Fred in January 2009. They got married in Long Island on 25 October 2009. They faced a lot of problems and controversies during their married days. They were also seen in various public events separately while they were married. She filed a divorce against her husband in June 2010 and they separated in September. Her divorce was finalized and approved on 13 May 2011. It was rumored that Fred was having an affair with his girlfriend when they were still married.  She also admitted that her marriage with Fred was traumatic and a very bad choice. However, she is happy that they did not have any children together.

Currently, she is dating Adam Akapaw, an Australian Cinematographer. They have been dating since 2012. However, they are not engaged or expecting any children with him.

She was involved in Scientology when she was young. She is a prominent popular Scientologist.  She has however been quite about her ideologies and beliefs in public. It is also believed that her devotion towards Scientology led to her divorce from her husband. She also attended The Learning Connection, an acting school run by the church. She is an avid follower of Scientology and always talks about how it helped it all the time in need.

According to her, media has misunderstood Scientology as something horrible and gross. She does not want to explain others who do not know about Scientology but criticizes them for their lack of knowledge on the subject. She praises Scientology and her faith and stability. It talks about empowerment and respecting self through Scientology. She believes in taking advice from various sources, not just Scientology.

Elisabeth’s net worth is believed to be $8 million dollars. Her salary during her Mad Men days was $175 thousand per episode. Her net worth includes from advertisements, endorsements along with her movies and TV shows.