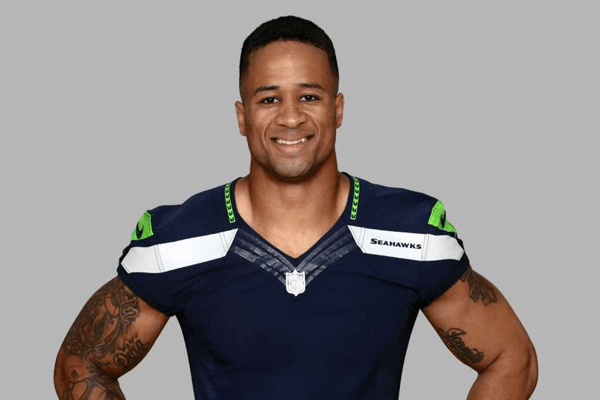 Earl Thomas is an American football Free Safety representing the team Seattle Seahawks in the National Football League (NFL). Thomas was drafted in the 1st round with the fourteenth overall pick in the 2010 NFL Draft. Earl Thomas Net worth has rapidly increased after his successful football career.

Earl Thomas was born on May 7, 1989 in Orange, Texas, USA. He was named as Earl Lewis Thomas by Earl Thomas Jr. and his wife Debbie Thomas. His mother raised and guided by him. He was the single child in a family.

Before having Earl Thomas in her life, Debbie got attacked by cancer. And was told she won’t be able to have children any longer. After facing several test,she scheduled the procedure of her living days.

But, say miraculously, the last test brought an extraordinary news that cancer has already gone. And she will able to have children and live a longer life. Then she was blessed with the baby boy named Earl Thomas. Thus, Earl Thomas is regarded as the special child born for a special purpose.

During his school, he played for West Orange- Stark Mustang high school football team. There, he was three- year starter at defensive back, running back and wide receiver.

He recorded new win with 112 career tackles with 11 interceptions, two kickoff return touchdowns. Besides that, he gained 1850 rushing yards and 2140 receiving yards.

Apart from the footballer, he was also an athlete. He has personal best mark of 7.14 meters in the long jump. Well Earl Thomas net worth was also about to take a long jump.

Regularly, he was enrolled to University of Texas. There, he played for coach Mack Brown’s Texas Longhorns football team from 2007 to 2009.  Then he was ranked second on the team with 63 tackles and 17 pass breakups, four forced fumbles and a blocked kick.

But in 2009, Thomas played in the 2010 BCS National Championship Game where he lost to Alabama. Probably that was his first defeat.

An obsession toward football since his childhood led him to be the most wanted player. At the age of 20, he was chosen by the Seattle Seahawks in the 2010 NFL Draft. And on July 31, 2010 he agreed to the contract of four-year of $21.1 million with $12.31 million guaranteed.

On September 26, 2010, Earl Thomas played against San Diego Chargers where he sealed 27-20 victory for the Seattle Seahawks. He uplift the status of Seattle.

In 2011, he played as a key player on the Seahawks defense. He completed the season with 98 tackles and 2 interceptions. Thus, he received Pro Bowl nomination and second team All-Pro selection. He was also ranked as 66 in the 2012 NFL Top 100.

In 2012, he won the game against Kansas City Chiefs by 44-14 returning 75 yards for a touchdown. He finished the 2012 season with 66 tackles and three interceptions. And was selected for season 2013 All-Pro Team.

In 2013 season, Earl Thomas won 13 games and hold the new record. He finished the season with 105 tackles and 5 interceptions. Then the Seahawks reached Super Bowl XLVIII where they defeated Denver Broncos and held their breaking offense to 8 points. He had 7 tackles and the score was 43-8.

Afterward on April 28, 2014 Seahawks offered a proposal to four- year contract extension worth $40 million with $27.725 guaranteed. This definitely increased Earl Thomas Net Worth. He won against Carolina panthers and the Green Bay Packers in the NFC championship.

By the second quarter of the NFC championship game, he suffered from a dislocated shoulder. Then he recorded 9 tackles in 28-24 loss to the New England Patriots in Super Bowl XLIX. Due to the injury, Earl Thomas missed all the training camp and preseason in 2015. Wining against several teams he was ranked as 66th on the NFL Top 100 Players of 2016.

By 2016 he officially ended his season due to hamstring injury and his tibia also broke due to collision with teammate.  Then he was placed on injured reserve on December 6, 2016.

In 2017, Thomas piled up seven tackles, one interceptions and a forced fumble at the goal line wining over the Rams and earning NFC Defensive Player of the week. Later, Thomas recorded 78 yard interception return for touchdown. Which was the second ‘Pick-six’ of his career.

Earl Thomas married to his high school sweetheart Nina Heisser with whom he has a daughter named Kaleigh Rose. After dating for longer duration the couple bonded in a relationship of husband and wife at Chateau Cocomar in Houston in 2016.

Being a footballer, he was honored and awarded with numerous title. Earl Thomas Net worth was high since the day he started his career as a footballer.

On April 28, 2014 Seahawks offered a proposal to four- year contract extension worth $40 million with $27.725 guaranteed to Thomas. Then he was the second highest paid safety in the NFL.

Back to Game After a short Gap

Earl Thomas was held out of game due to strained hamstring.

He has returned to game on Monday 20th November challenging against Falcons.