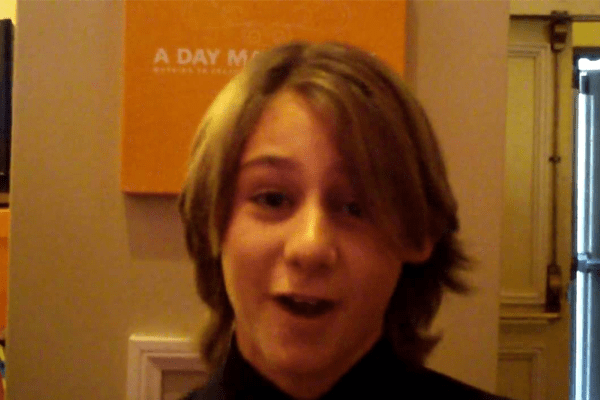 American actor Dominic Scott Kay movies appearances in Pirates of the Caribbean: At World’s End earned him enormous prominence and net worth.

Born in 1996, Dominic Scott Kay is an American actor. In addition to gaining fame through acting career, he has also established his career as a singer and an entrepreneur. Kay gained prominence through his appearances in Pirates of the Caribbean: At World’s End where he played Henry Turner.

Dominic Scott Kay was born on May 6, 1996 in Los Angeles, California in the United States. He holds American citizenship and is 21 years old by 2017.

Dominic Scott Kay started his acting career quite early appearing in some of the blockbuster movies. Kay is best known for his role as Henry Turner. He played the son of Will Turner, played by Orlando Bloom, and Elizabeth Swann, played by Kiera Knightley. It was in the movie Pirates of the Caribbean: At World’s End in the post-credit scenes.

Dominic Scott Kay movies also include Charlotte’s Web where he voiced Wilbur. Similarly, he appeared as Adam in Snow Buddies.

He has appeared in films including Minority Report (2002), Midnight Clear (2006), Cake: A Wedding Story (2006) and many other. Further, Dominic Scott Kay movies also include TV movies like Single Santa Seeks Mrss Clause, Love’s Enduring Promise, Meet the Santas and Angel in the Family.

In addition to Dominic Scott Kay movies appearances, he has also demonstrated his directing and writing talents. Kay has directed and written a short film Saving Angelo. Actor Kevin Bacon is the star of the film which is based on true events of an abandoned dog left for death on the road.

Even though Dominic Scott Kay movies are not huge in number, the young actor is full of talent. Therefore, he has won Young Artist Award for Charlotte’s Web in 2007. Moreover, his directed/written short film Saving Angelo won Jury Award for Best Short Film in 2007.

In addition to winning awards, he has received five nominations for Young Artist Award between 2003 to 2008.

The huge animal-lover, Dominic Scott Kay drifted from his acting career to entrepreneurship. He is now an established entrepreneur who and owns multiple entertainment companies. In addition, Kay is the current StarPower Ambassador for Starlight Children’s Foundation.

The young and successful actor/entrepreneur/director’s relationship status is single. It could be because of his high privacy in his life or he could actually be single.

The 21-year-old actor has accumulated the net worth of $2 million as per 2017 estimations.