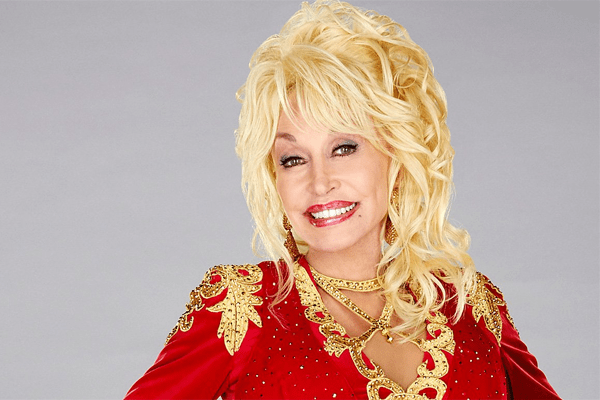 Country superstar Dolly Parton is an American songwriter, singer, composer and actress whose powerful voice, songwriting skills and personality have won the heart of millions of fans. Dolly Parton songs have shaken the 1970s and 80s while the iconic singer rose with fame.

Born as Dolly Rebecca Parton in 1946 the overachiever singer has won fame, award and recognition with top hits. Some of notable Parton songs are “Joshua”, “Jolene” and “I Will Always Love You”. Moreover, she has acted in best ranking movies like 9 to 5, Steel Magnolias, A Smoky Mountain Christmas and The Best Little Whorehouse in Texas. Starting her career when quite young, she became the winner of more than 5 Grammies and her masterpieces were nominated in Academy Award for a couple of times demonstrating the success of Dolly Parton songs and her country music.

Dolly Parton was born on January 19, 1946 in Locust Ridge, Tennessee in the United States of America. She grew up poor with her 11 siblings in rural Appalachia.

Dolly Parton got influenced to make her career in music because of her family. Parton family exposed Dolly to music, especially her mother who played guitar and sang songs. Also, she was involved in performing in church. The early days church performances sharpened her singing skills and her knowledge about music. Subsequently, her voice became popular all over the States and the world after she grew up.

Parton’s career in music started when she was quite young. She received a guitar from her relative, which she utilized well enough to compose her own tunes. Soon after, Parton started performing professionally at the age of 10. Local televisions and radio shows in Knoxville covered her performances. Parton made to Grand Ole Opry for the first time after three years of starting her professional career. Afterwards, she moved to Nashville to secure a career in music.

Parton’s career actually started in 1967 during the time she paired up with Porter Wagoner on The Porter Wagoner Show. The pair worked like charm and their popularity grew as they gave hits together.

Parton benefited working with Wagoner in a way she won contract with RCA Records. Dolly Parton songs were topping the chart; however, “Joshua” scored number one position as country hit in 1971. Parton’s other songs followed the path to the top list with Joshua namely “Jolene” and “I Will Always Love You”. The song “I will Always Love You” was sung as a tribute to Wagoner after they separated professionally. Moreover, Parton sang country hits “Love is Like a Butterfly” and “All I Can Do”.

Involvement in Acting and Music Contribution

After music, Dolly also appeared in movies and reached the height of success in 1980s. She has starred with Jane Fonda and Lily Tomlin in her debut film 9 to 5. The soundtrack of the movie was one of the Dolly Parton songs. The title song for the movie by Dolly Parton also won her an Academy Award nomination. She also appeared in The Best Little Whorehouse in Texas in 1982 with Burt Reynolds and Dom DeLuise and included the hit “I Will Always Love You” for the soundtracks. Further, Whitney Houston recorded the song for the film The Bodyguard taking Dolly Parton song into the new height of popularity and success. Eventually, the song stayed atop the top pop chart for 14 weeks and became best seller of all the time.

The gifted singer and a songwriter, Dolly Parton songs have created a special place in music. She won the Country Music Association Award for female vocalist in twice in the years 1975 and 1976. Soon after, in the year 1977, Parton composed and sang her smashingly hit song “Here You Come Again” which also hiked up to country chart. The song also got third position in pop charts. Subsequently, the song contributed to Parton’s first Grammy Award for Best Country Vocal Performance. Other number one hits of Partake include “It’s All Wrong, But It’s Alright,” “Heartbreaker” and “Starting Over Again”.

Parton won Grammy for the sixth time for her Bluegrass album in 1999. Parton won other Grammy for her song “Shine” from the album Little Sparrow in 2001. She also managed to pick up another Academy Award nomination for the song “Travelin’ Thru” in 2005. The song was a soundtrack for Transamerica.

Regarding her acting career, Parton has worked for a number of movies namely, Rhinestone (1984), Straight Talk (1992), Unlikely Angel (1996), and Joyful Noise (2012). She has also hosted her own TV shows. She received the award Willie Nelson Lifetime Achievement Award at 50th Annual Country Music Association Awards in 2016.

Parton married Carl Thomas Dean on May 30, 1966. The couple does not have children. However, Parton is godmother to the singer and actress Miley Cyrus. Recently, the couple celebrated their 50th marriage anniversary.

Net Worth and Charity

Dolly Parton songs have touched millions of souls and rose her net worth to $19 million, making her one of the richest female singers.

Parton is ready to jump into the accidents and rescue people. She is a charitable star who has founded Dolly Parton’s Imagination Library. The institute mails preschool children books each month. As a result of the establishment of this institute, she has donated 80,000 books all over the U.S., Canada and the U.K. Besides, Parton donated $1,000 each month for 6 months to the people who became homeless after wildfire destroyed the settlement in Tennessee in 2016.

Dolly Parton songs have engraved a special place for her in music industry. The award winning country singer’s life has become more meaningful as she has put her hands together for philanthropy.