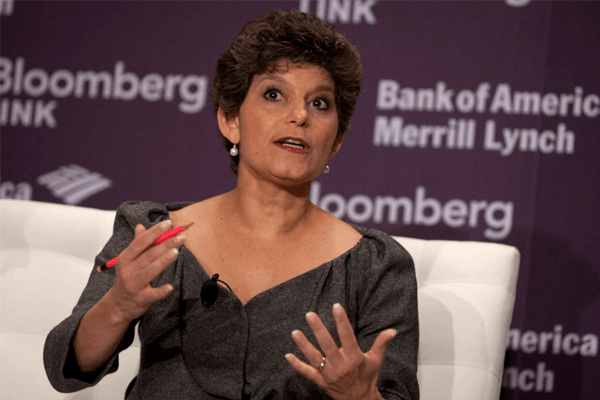 Debra Cafaro is an American business executive who is most widely known around the globe as Chairman as well as Chief Executive Officer of Ventas Inc. which is a leading real estate investment trust specialized in healthcare. Debra Cafaro net worth is accumulated from the success of her company Ventas Inc. Debra Cafaro is one of the most successful women to hold the position of CEO and is solely credited for the success of her company. She is recognized as one of the world’s most powerful women.

The successful and renowned American business executive, Debra Cafaro Ventas career as the Chairman of Board and Chief Executive Officer is hugely appreciated. Debra Cafaro net worth has made her one of the most successful CEO who is given the credit for the company’s turnaround and its success. An in-depth bio of Debra Cafaro can be found on various other social media sites along with her personal and professional details.

Debra Cafaro was born in December 1957 in Pittsburgh, Pennsylvania. Her father is of Italian generation and her mother is of Christian Lebanese. When she was a child, her father worked as a letter carrier.  Debra Cafaro received her education from University of Chicago Law School. She then went to graduate in B.A in government economics from the University of Notre Dame. Debra Cafaro wanted to be either a lawyer or journalist after completing her studies.

Debra Cafaro was the research assistant for Edward H. Levi while studying in University of Chicago Law School. She was also involved in three different law firms during the year 1980-1982. She then went on to serve as a judicial clerk to the Hon. J. Dickson Phillips during the year 1982-1983. Later in the year 1983, Debra Cafaro joined the firm Levy and Erens. During the year 1983 to 1997, she was involved in various works related to real estate and corporate and finance law. She also worked as a professor at Northwestern University Law School from 1988 to 1992 teaching real estate transactions and finance. In 1997 she joined Ambassador Apartments Inc.as a President and a Director.

Debra Cafaro was eventually hired as President and Chief Executive Officer at Ventas Inc. She was hired by the company to improve its financial position and to save it from liquidity. Ventas Inc. had a huge bank loan debt of $1 billion and was also facing legal problems related to a case of Medicare fraud. A company named Vencor Inc. which was the main source of revenue to Ventas Inc. in the form of rent was having a financial crisis and was unable to pay rent. Therefore, Ventas Inc. was also having cash crisis at the time of hiring Debra Cafaro.

Debra Cafaro Ventas Inc. career began when they hired her to help repay the huge bank loan and help restructure the company Vencor Inc. so the company could solve its problem of near bankruptcy. She was also given the responsibility to negotiate a legal settlement related to the Medicare Fraud Case with the Department of Justice. Debra Cafaro later initiated a strategy for the growth diversification of the company and also hired a new executive management team in the year 2002, when the company stabilized. Due to her effective decision-making skills and her efficiency in her work, Debra Cafaro was named the company’s Chairman of the Board in 2003. Ventas Inc. gradually started to complete several small acquisitions then began to complete larger transactions as well. The acquisition of $11 billion assets in years 2010 and 2011 doubled the company’s size. The rapid growth of Ventas Inc. built the image of the company as one of the largest and best performing publicly traded REITs. The growth still went onto continue and later in the year 2014, the company announced $3.5 billion in acquisitions. Ventas Inc. then focused its work on senior living and medical office buildings. This step was marked by the acquisition of the real estate of top-ten hospital company Ardent Healthcare Services.

Debra Cafaro has been an active board member in various other companies as well. Currently, she serves on the Executive Committee of the Boards of the Real Estate Roundtable and the Economic Club of Chicago. She is also a member of the Business Council. PNC Financial Services Group Inc is also one of the companies where she serves as an active member of Board of Directors. There are also various other companies where she acts as a member of Board of Directors such as Boards of University of Chicago, Chicago Infrastructure Trust, Executives’ Club of Chicago, Chicago Symphony Orchestra and World Business Chicago.

Debra Cafaro current age is 59. Even at this age, she is not showing any signs of stopping and continues to be very effective and efficient in her work.

Over the years, due to her remarkable career, Debra Cafaro has received numerous honors and awards. For the years 2014,2015 and 2016, she was included in the list of the top 50 “Best Performing CEOS” in the world by Harvard Business Reviews. She was also recognized as one of The World’s 100 Most Powerful Women in 2016 by Forbes Magazine. Financial Times selected as her one of the “Top 50 Women in World Business”.