Dean Harrison is a Professional Motorbike racer from Bradford, West Yorkshire, England. Harrison had set the high hopes after being the fastest ever newcomer at the Ulster Grand Prix with an impressive lap of 126 mph in his second year at the Isle of Man TT.

Harrison made his debut on the Isle of Man TT in 2011 and has bagged 2 wins in 2013 on the Classic TT and 2014 on Lightweight TT onboard Kawasaki Ninja. Bradford rider Dean Harrison has an impressive fastest lap of 131.163 mph on the Snaefell Mountian Course.

Riders Competing in the TT races make a profit if they finish in top three while the sponsors cover the cost of competing in the race. The Tourist Trophy has brought the island Isle of Man with a well-received Tourism Economy. In 2016 £31.3 million was spent on the island by the visitors which contributed to the Isle of Man National Income of 22.5 million and Exchequer bonus of £4.1 million.

So what does the race contributes to the TT riders like Dean Harrison?

The prize pool for TT race win is £18,000 for a clean start to finish which seems like a decent payment. Considering the risks offered by the 37-mile course rocketing into the village streets and corner with an average speed of 130 mph the prize money seems feeble.

Riders like Dean Harrison compete in the Tourist Trophy do it for the love of racing and the grand achievement of tucking a TT win to their career stat. The TT riders spend a countless sum of money and limited vacation time to take part in the TT and snatch the Glory.

TT Riders like Dean Harrison’s Net Worth is not only amassed from the racing events but from the regular day job they do for a year. Fellow TT riders like Guy Martin who has a Net Worth of £1.5million and works as a Truck Mechanic. Australian TT rider Cameron Donald works as a Plumber when he’s not racing. Likewise, Dean works as a mechanic for the rest of year when he is not competing in the races. Dean Harrison’s Net Worth accumulates from his profession as a mechanic and a Road Racer.

Compared to GP Riders who are paid a hefty sum as purse money from race organizers and sponsors, the TT riders take part in the historic event to be part of the tradition and hopefully win the TT.

Dean Harrison is well tucked to race and compete in the Battle Royale of the 2018 Isle of Man. With top riders like 23 times TT winner John McGuinness, Flying Kiwi Bruce Anstey, and Englishman Ian Hutchison not racing in the 2018 TT race, Dean is determined to make a podium finish on the Isle of Man TT.

Manxman Conor Cummins will be the first rider to go down the Bray Hill with a number plate one on the Padgetts Honda and Dean Harrison slots on number 5 on the Silicone Kawasaki Racing Team.

Bike Enthusiast Dean Harrison started racing since he was 18 and road racing was always in the blood of Harrison as his father Conrad competed on the Isle of Man in the sidecar since 1993.

Isle of Man TT Racer Harrison is determined to make his 2018 Isle of Man memorable with Silicone Engineering Racing, Kawasaki. The 2017 Isle of Man TT meeting saw Harrison finishing third in Superbike and Senior TT despite his Kawasaki ZX-10RR Engine Malfunction on Practice. 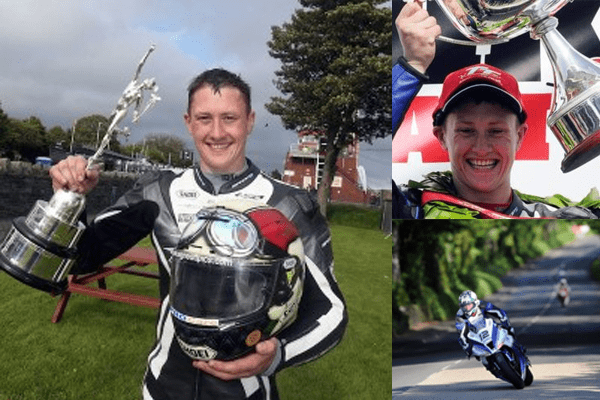 Dean Harrison Top 5 TT Wins is depicted in the table below. Data generated from the official site of IOM TT.

Dean finished fourth on the Race 1 of the North West on the Kawasaki, Silicone Engineering Racing with a speed of 115.482 mph. Alastair Swwley claimed victory on the Yamaha in time 27:47.289.

Road Racing is in the DNA of Harrison Family as all three men in his family are riders. Harrison’s father Conrad is a professional sidecar racer who made his Isle of Man debut in 1993 and has tucked one TT win under his belt. 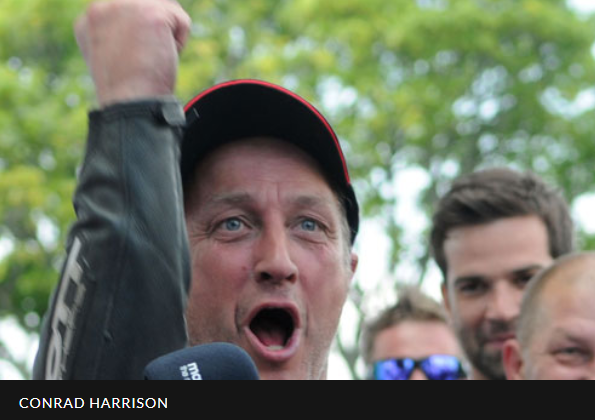 Dean Harrison’s father Conrad is a professional sidecar racer who won the TT in Sidecar Race one in 2014.
Image Source: IOM TT

Dean’s elder brother Adrain Harrison had shown some impressive riding by finishing in top 20 in his first TT Race. Dean’s mother obviously doesn’t like the brothers and father doing road racing but supports them at all times.

In 2014 Dean and his father Conrad became the first father and son to win the TT races in the same year. It was the maiden TT victory for both father and son at the year when Harrison won the Lightweight TT and Conrad made his first Mountain Course Victory.

Dean Harrison has a baby boy with his partner Vicky Ratcliffe who hails from Leeds, England. 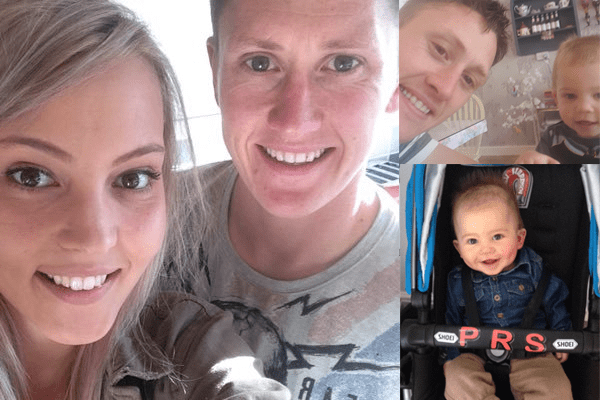 In 2014 Harrison had a crash on the Ulster Grand Prix from which he suffered a broken wrist, dislocated shoulder, and four broken ribs.  Dean crashed on a turning in the first Supersport race when his front tire lost traction and riders Dan Kneen and Keith Amor also came off in the same place. The race was stopped with a red flag and riders were taken to the hospital.