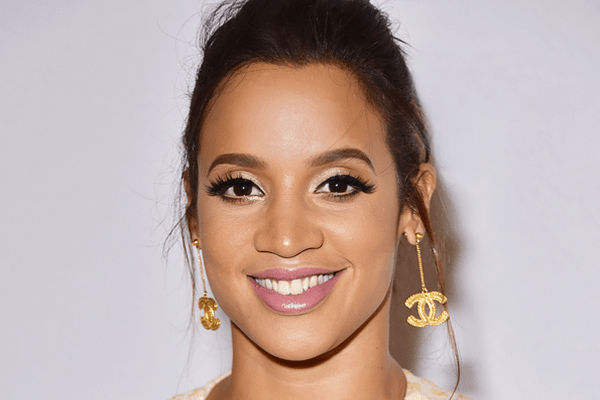 Dascha Polanco is a 36-year-old Dominican American actress. Dascha is renowned for her role as Dayanara ”Daya” Diaz on the Netflix series Orange Is The New Black. Dascha Polanco net worth is estimated to be $1.5 million but she has yet to disclose her yearly or monthly earnings.

Dascha Polanco, originally from the Dominican Republic, moved to the United States at an early age. She was raised in Sunset Park Brooklyn, New York, and Miami.  In 2o11, Polanco initially got cast for minor roles on the TV sitcom “Unforgettable” and “NYC 22”. She was then cast by Netflix in 2013 for ‘Orange Is the New Black’, TV series as an inmate in prison. The Series was a success and marked Dascha Polanco as a hit on small screen. Polanco acted in four films; 2013 ‘Gimme Shelter,’ 2014 ‘The Cobbler,’ 2015 ‘Joy,’ 2016 ‘The Perfect Match.’ Dascha Polanco Net worth is in millions and considerably huge due to her successful professional career.

Born in a middle-class family, Dasha Polanco is the daughter of Mechanic Ruben Dario Polanco and Cosmetologist Janet Polanco; she has a brother and a sister.

Polanco completed her Bachelor’s degree in Psychology at Hunter College.
After her degree she worked in hospital administration at Montefiore Medical Center in the Bronx intending to settle as a Nurse.

She then gathered herself to pursue acting and attended BIH Studios, New York, and was signed by talent agency Shirley Grant Management.

Although she was very passionate about acting, she hesitated to audition  initially due to her obese body.

After admitting herself in an acting studio, Dascha Polanco got a chance for minor roles in television series ‘Unforgettable’ premiered in CBS in 2011 and following with another police procedural drama ‘NYC 22’.

In the Year 2012, Polanco got her first full-time acting job as ‘Dayanara’ a prison inmate for the American comedy-drama Netflix series Orange Is the New Black.

In 2017, Polanco was cast in an American Crime Story: Versace as Lori.

On August 4, 2015, Dascha Polanco was announced as a part of Women’s Apparel line by NFL, she is representing the New York Giants and is the only Latina to be highlighted in the apparel campaign.

Polanco has yet to receive any awards yet despite of her aspiring career.

Dasha Polanco has never married though she was pregnant at the age of 18.

So, Who was Dascha Polanco dating?

Polanco has kept her personal life very private and has not disclosed any statement regarding her husband or whom she’s dating. It is just known that she was engaged in 2007.

In the year 2013, she ended her 6 years long engagement and took sole responsibility for her children.

Any information regarding Dascha Polanco’s husband or any involved relationship is still kept out of public eyes and ears.

Polanco parented her kids by herself.

Polanco is a beautiful and stunning Dominican American actress of Black Ethnicity.

She has not gone through any plastic surgery and has naturally dark brown hair and brown eyes.

Her height is known to be 5 feet 5 inches and weight 74 kgs.

Dascha Polanco has an Apple shaped body measurements of 41-30-41 and spends more than an hour on working out to maintain her body.

The actress expressed to Vogue about her hassle in finding right designer clothing for events, “I understand that its business, but still, it’s like, really? My industry friends are clear and honest with me, they say, ‘Girl, they do not have your size, and you’re not at that level yet, so you need to either move that way or build those relationships so that in the future maybe it happens.’

Tags: Dayanara, Orange Is the New Black, The Perfect Match

I have worked my ass off for years I will be damned if I let any brand, publication, political group judge me. I am the truth & proud asf.